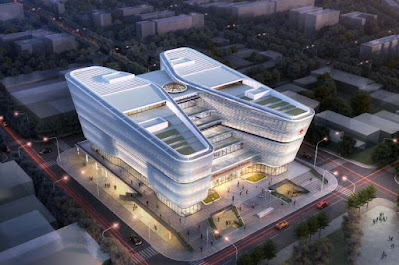 Nayib Bukele's time in office has been marked by the promotion of major public works projects.   Promised developments such as a new international airport in the east of the country, a train system, hospitals and a satellite are announced with careful attention to marketing and promotion.  If all the projects underway and proposed are completed, they will mark a major increase in such public works compared to much of the past twenty years under ARENA and FMLN governments.  And that is the point which the Bukele marketing machine makes again and again.

What follows is a list of most of the largest projects with an update on their current status.

The projects announced to great fanfare but not yet being built 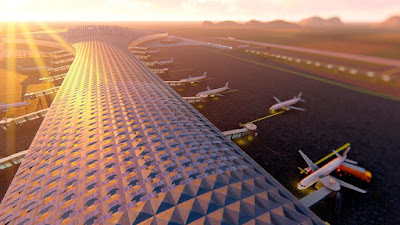 The international airport in the eastern part of the country.  From the earliest point in his presidential campaign, Bukele promised a modern international airport to be built in La Union in the eastern region of El Salvador.  The government has hired two Spanish firms to prepare a feasibility study for this airport.  Work on the study began in January of 2021 with results to be delivered in January 2022.  The president's commissioner for strategic projects, Cristian Flores, announced on Sept. 6 that the feasibility study for the airport had progressed 70% towards completion. 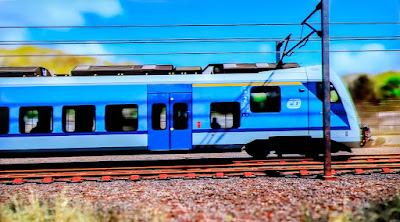 The train of the Pacific. Also in his campaign, Bukele announced there would be a new "Train of the Pacific" in El Salvador.  On September 20, the government announced that a group of Korean consulting firms will prepare a feasibility study for $470,000 over the next year for the proposed rail system in El Salvador.  The work will last through August 2022 and commences with a market study, followed by studies of technological, regulatory and financial feasibility.

Thus it's worth noting, that despite the widely promoted images of jets and trains at an airport and railroad, studies have not yet been completed to show the projects are financially and physically feasible. 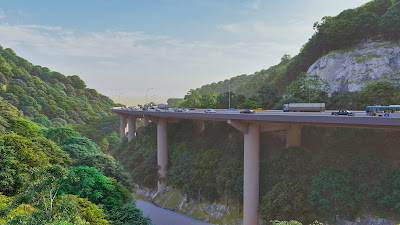 Los Chorros Highway section.   This project will build an eight lane elevated roadway on the route of the PanAmerican highway in the area known as Los Chorros.   This area has been a perpetual chokepoint for traffic west of San Salvador and also a dangerous zone prone to rockslides onto the exisiting road.   The $245 million project is being funded by a loan from the BCIE. The government announced on Tuesday that the engineering design work had just been completed for the project. 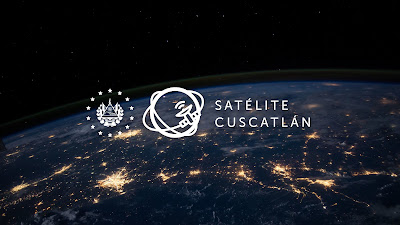 The Salvadoran Satellite.  The government announced on September 30 that it is convening scientific and technical experts to help El Salvador study how it could join the space race with a satellite of its own.

Bukele made a state visit to Beijing in December 2019. where China promised El Salvador $500 million in development projects, including a sports stadium and a new national library building in San Salvador, a new tourist pier in La Libertad, $85 million to improve water treatment facilities in La Libertad and Ilopango, and $200 million to support Bukele’s “Surf City” project.  There was little progress on those gifts during 2020 due to the pandemic, but in 2021 as El Salvador's relationship with the US deteriorates, China and El Salvador have seen it mutually profitable to highlight again the promised Chinese largesse towards the country.

A soccer stadium.  As of May 2021, a location and drawings for the soccer stadium had not yet been announced, but the government was still saying it would be a $100 million dollar project to build a stadium seating 50,000 spectators with various amenities and related sporting facilities. 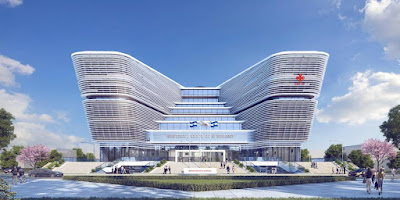 The National Library.  In a twitter thread on October 3, 2021, Nayib Bukele shared plans for the $54 million project funded by a donation from China for a new national library.   The library will be located directly across Plaza Barrios from the Metropolitan Cathedral in the historic center of San Salvador and will replace the existing library building constructed in the 1950s. 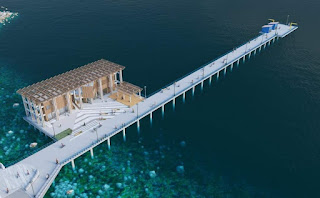 A tourist pier.  Construction is currently underway for the new tourist pier in Puerto La Libertad.  China is also donating mechanical amusement rides as part of the adjoining area.

Hospital El Salvador.   One of the accomplishments touted most often by the government of Nayib Bukele is the construction of a hospital dedicated to treating COVID-19 patients, "Hospital El Salvador." The hospital was constructed by converting facilities at the CIFCO convention center in San Salvador and a third phase across the street.  The official twitter account for the Hospital @HospitalSV describes itself as "The largest and most modern hospital in Latin America. For the people, always the best."

The significant exaggerations surrounding this Hospital has been covered by me elsewhere.  In addition, the promised third phase is actually a shell structure with empty, open floors with furnishings to convert it into a location to give vaccinations. 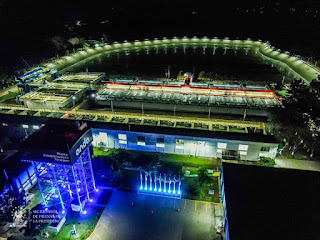 The renovated ANDA Las Pavas potable water facility.   The renovation of this water plant serving hundreds of thousands of persons in the greater San Salvador area was financed primarily with loans from France and the Central American bank of Economic Integration (BCIE) which had been obtained before Bukele became president and the work commenced around the time Bukele entered office in mid-2019.

The plant was re-inaugurated on October 25 of this year in an event presided over by the president, and renaming the plant "Torogoz" for El Salvador's national bird.

The projects under construction 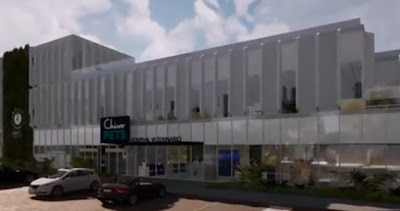 Chivo Pets Veterinary hospital.   After Bitcoin became legal tender in El Salvador on September 7, Nayib Bukele said a veterinary hospital would be built with the country's profits on Bitcoin investment.  Bukele spoke at the groundbreaking on November 1 of what will be called "Chivo Pets. "

El Chaparral dam.  This big hydro-electric project actually was announced in 2008 and has proceeded through corruption and contract disputes over 13 years.   In August 2020, Bukele announced that his government would rid the project of corruption and finish the dam in 12 months.   Most recently, the current projection is that the completed dam could be delivered in the beginning of 2023.  Bukele has announced that the dam will now be named the "February 3" dam for his presidential election on February 3, 2019.

Bukele's term as mayor of San Salvador from 2015-18 was marked by a similar emphasis on high visibility projects.   His term as mayor began with a project to light all the city streets, where every new light pole also carried a banner reminding citizens who was responsible.   His works continued to a new municipal market building, Mercado Cuscatlan, complete with a modern library and roof top bars, and the renovation of major plazas of the historic center of San Salvador.   All were carefully photographed and videoed by his publicity team and spread on social media.

But Bukele's use of public works, carefully marketed, goes even further back to his start in politics as mayor of the municipality of Nuevo Cuscatlan.  There his administration put in a new water system promising free water, 24 hours a day, separate from the national water authority ANDA.   Note that even in 2014, the branding for the projects was the same blue background with a white letter "N" 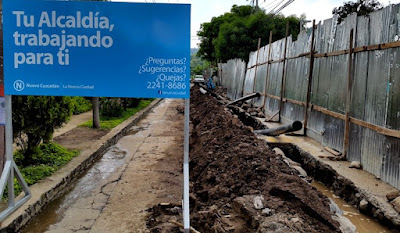 Similarly, his time as mayor in that town included construction of a gleaming new library with the same branding: 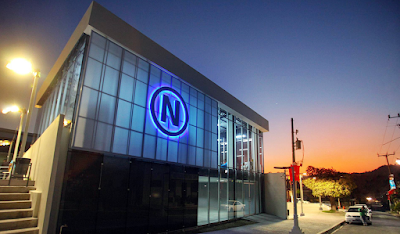 Projects like these provide Bukele with multiple photo opportunities and the chance to provide concrete evidence of what he is doing for the people who have elected him.   And he takes advantage of those opportunities well before shovels are in the ground, with computer generated depictions of a modern future, sometimes even before a feasibility study has been started.

These projects are not cheap.   With the exception of the $500 million in donated projects from China (to be designed and built with Chinese labor and materials), these projects are funded by international borrowing.  (The other exception is the $4 million Bukele states represent Bitcoin trading profits to fund the Chivo Pets hospiral).  El Salvador has greatly increased its external debt under Bukele.    That borrowing crowds out the ability to do future borrowing and spending on social programs.   Bukele is betting that the projects will kick off a virtuous cycle of investment and economic growth which will fuel prosperity and loan repayment.  Not everyone is convinced.