Showing posts from November, 2014
Show all

D'Aubuisson: No street will carry your name! 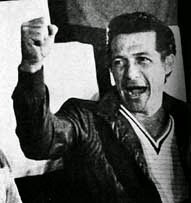 Roberto D'Aubuisson The mayor of San Salvador, Norman Quijano, has announced that the city will rename one of its principal streets for Roberto D'Aubuisson.   Quijano, who is a member of the right-wing ARENA party founded by D'Aubuisson, plans to rename Calle San Antonio Abad, for the former major in the Salvadoran army.   D'Aubuisson is one of the most infamous names from El Salvador's civil war.   The tags most often associated with him are "sponsor of death squads" and "man who gave the order to assassinate archbishop Oscar Romero".    The decision to name a boulevard for him has sparked outrage among those concerned with justice for victims of human rights abuses during the country's civil war. While the Salvadoran court system never brought justice for D'Aubuisson's victims, the UN Truth Commission, which took testimony and reviewed the record of the war years, left no doubt about D'Aubuisson's role in death
3 comments
Keep reading

The online periodical El Faro has been publishing a set of wartime photographs taken by Italian photographer  Giovanni Palazzo .   Palazzo has donated a collection of photos he shot during the war to El Salvador's Museum of Word and Image .   The museum is dedicated to preserving El Salvador's historic memory. The first set, titled Childhood Under Fire , captures images of child soldiers carrying arms for both the army and the guerrillas.   The second set, titled, The State Repression , includes photos of political prisoners, death squad killings, and the suppression of public demonstrations. More will be released by El Faro in coming weeks at this link . You can also see more of Palazzo's photos at thew website of the Museum of Word and Image at this link .   The photographer donated 6,000  photos to the museum.
Post a Comment
Keep reading

Care for ecosystems in El Salvador

November 22, 2014
A recent article from IPS describes a program of El Salvador's environment ministry to change land use practices to protect biodiversity and combat effects of climate change: Local organisations and the environment ministry launched a plan aimed at tackling the problem in an integral manner.  The National Programme for the Restoration of Ecosystems and Landscapes (PREP) seeks to restore ecosystems like forests and wetlands and preserve biodiversity, as part of what its promoters describe as "an ambitious national effort to adapt to climate change," whose impacts are increasingly severe in this small Central American nation of 6.2 million....  "It's obvious that we can't keep doing things the same old way...we can't continue to carry the burden of this degradation of the environment and the impact that we are feeling from climate change," Lina Pohl, the environment minister, told correspondents who accompanied her on a tour through the area,
Post a Comment
Keep reading 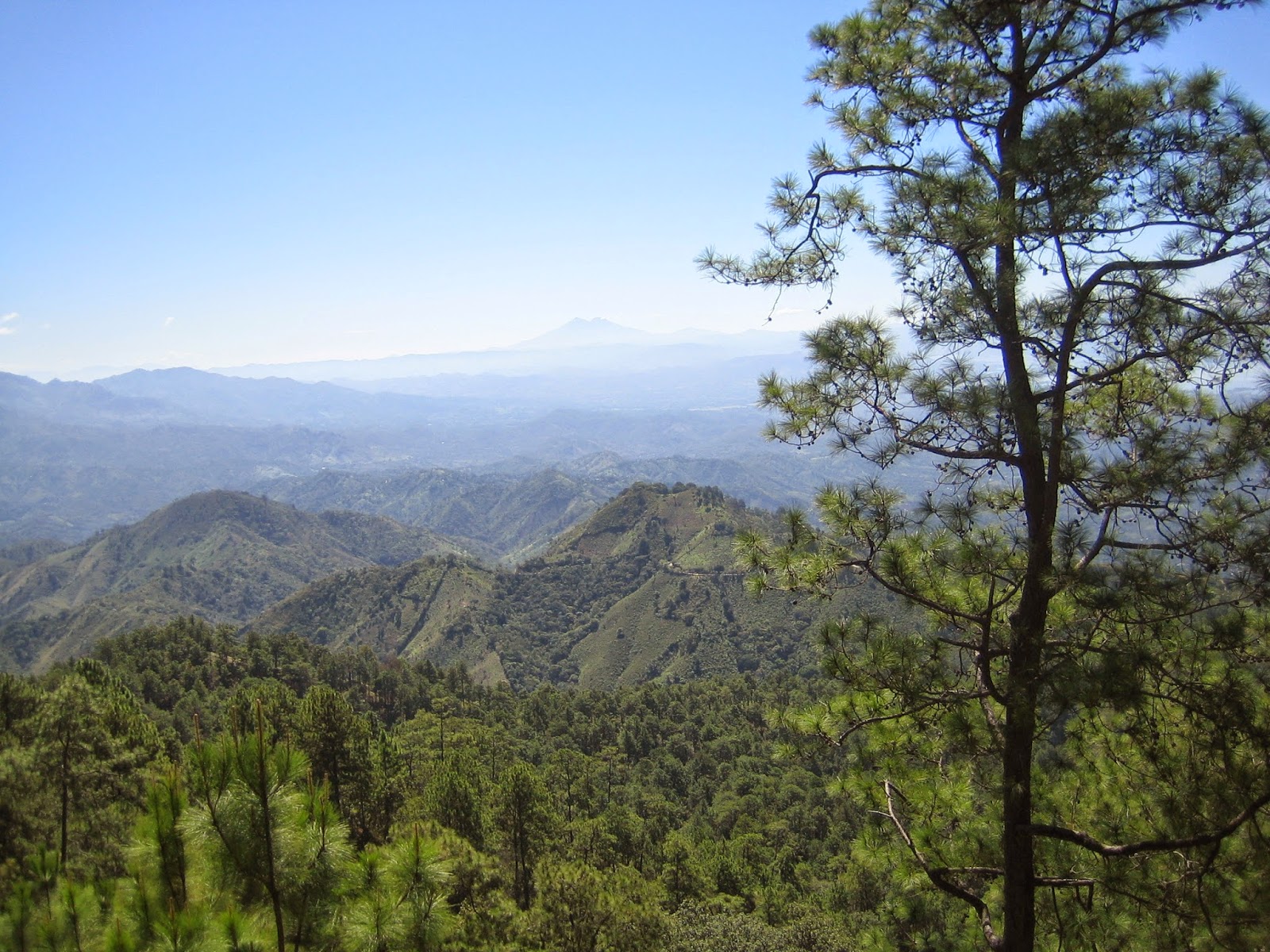 Today, November 17, 2014, is the 10th anniversary of this blog. It's appropriate that I am in El Salvador as I begin writing this post.   I realize that a great many of the topics which have filled the pages of this blog have been present in the past 10 days I spent in the country. I participated in events commemorating the 25th anniversary of the massacre of the 6 Jesuits, their housekeeper and her daughter.   It's one of many anniversaries of massacres I have blogged about, and all of those persons who gave the orders for those massacres have never faced any form of judgment.   Impunity is a word I have used often in this blog. Another ongoing blog theme is migration . I casually talked yesterday in English with men who had been deported from the US after living there for many years.  I heard the stories of the center where El Salvador processes children deported from Mexico.   I passed by many " remittance houses " built with money coming from the US and el
7 comments
Keep reading 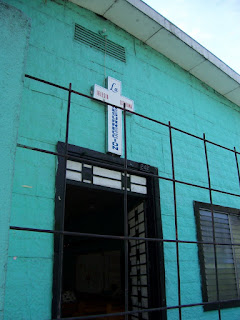 On November 16, 1989, that same fateful day in El Salvador when the Jesuits were murdered, Lutheran Bishop Medardo Gomez was also targeted by the military. For Bishop Gomez and his Lutheran church were also voices who denounced the injustice they saw in Salvadoran society. They were deemed to be subversives by the government for siding with the poor and doing such radical things as operating a refugee camp for families fleeing the armed conflict, or for teaching the poor that they were entitled to equal human rights with the rich and powerful. You know the government's view of your church when it sets up a machine gun post directly across the street from your church, your church named Resurrection Church – the church of Easter, and the machine gun is always aimed at the front door of the church. A few weeks before November 16, 1989, in a special service of reconciliation, the congregation of Resurrection Lutheran Church in San Salvador was asked to lay the sins of their c
1 comment
Keep reading

Another anniversary in impunity -- 25 years after the Jesuit murders

Sunday, November 16, marks the 25th anniversary of the massacre of six Jesuit priests, their housekeeper and her daughter at the University of Central America.   It is one of the emblematic cases of the impunity with which El Salvador's military literally got away with murder of innocent civilians during the country's twelve year civil war. From the UN Truth Commission Report prepared in the year after the 1992 Peace Accords: Colonel Guillermo Alfredo Benavides Moreno, Director of the Military College, met with the officers under his command....Colonel Benavides told them that he had just come from a meeting at the General Staff at which special measures had been adopted to combat FMLN offensive, which had begun on 11 November. Those present at the meeting had been informed that the situation was critical and it had been decided that artillery and armored vehicles should be used.  Those present at the meeting had also been informed that all known subversive elements
Post a Comment
Keep reading

25 years ago -- the FMLN's final offensive

November 11, 2014
Twenty-five years ago, on November 11, 1989, the FMLN guerrillas launched their "final offensive" with a surprise attack on the capital city of San Salvador.   The city had largely been spared from the fighting during the preceding 9 years of war, but now the guerrillas brought the battle even to the wealthy neighborhoods of the capital.   The armed forces had been caught by surprise, but eventually would be able to repel the attack after three weeks of fighting.   It was a time which would find the army high command reacting by ordering the massacre of Jesuit priests. This video news report (in Spanish) provides footage from that first week of the offensive.
Post a Comment
Keep reading

November 10, 2014
The Constitutional Chamber of El Salvador's Supreme Court has struck again in favor of increasing the rights of individual voters in opposition to the power of political parties.   The Chamber handed down a ruling  on November 5 striking a provision of the electoral code which prohibited "cross voting" in elections for deputies in the National Assembly.    Before the court's ruling a voter who voted for one candidate could not cross over to vote for any other candidates of the other parties or an independent candidate. The FMLN criticized the ruling as weakening political parties, and called for its members to vote a party ticket to vote for all deputy candidates of the FMLN.   A deputy from ARENA said her party would not oppose cross-voting and would not tell their sympathizers that they must vote "por bandera".   Edwin Zamora,  the ARENA candidate for mayor of San Salvador said he favored an even bigger step in which each deputy had a single district,
Post a Comment
Keep reading

November 03, 2014
Over this past weekend, Salvadorans celebrated the memories of their departed family members by visiting cemeteries and graves on the Day of the Dead.   But for many many Salvadoran families, this is a time of deep pain because their loved ones have disappeared in El Salvador's endless violence and their bodies have never been found. One man working to help find those bodies is Israel Ticas, a criminologist in the office of the Attorney General in El Salvador.   His gruesome work was recently highlighted in an Associated Press story titled  From gangs to the army, El Salvador's lawyer for the dead won't let killers escape justice .  Here is an excerpt: It is painstaking labor in a land littered with secret graves. This is the 30th excavation this year for criminologist Israel Ticas, who leads the teams that search for bodies still missing from a decades- old civil war, and for those killed more recently by street gangs who hold most of El Salvador in their clutches.
Post a Comment
Keep reading

November 02, 2014
A poll released last week by CID-Gallup, showed the FMLN's candidate Nayib Bukele with an 18 point margin over his closest challenger, Edwin Zamora of ARENA.   Bukele led 43% to 25% with 32% of respondents expressing no opinion. I think it is a little too early to assume that the FMLN has an easy path to retake the capital city.   Zamora has to catch up after a late start when current mayor Norman Quijano bowed out of the race at the last minute.   The political leaning of San Salvador is not easy to predict.  The current lead of the FMLN contrasts with the landslide victory of ARENA and Norman Quijano in the mayoral race in 2012.  Earlier this year, Norman Quijano garnered an 11% advantage over Salvador Sanchez Ceren among votes cast for president in San Salvador. There are four months to go before the March 1, 2015 elections of mayors and deputies to the National Assembly.
Post a Comment
Keep reading
More posts