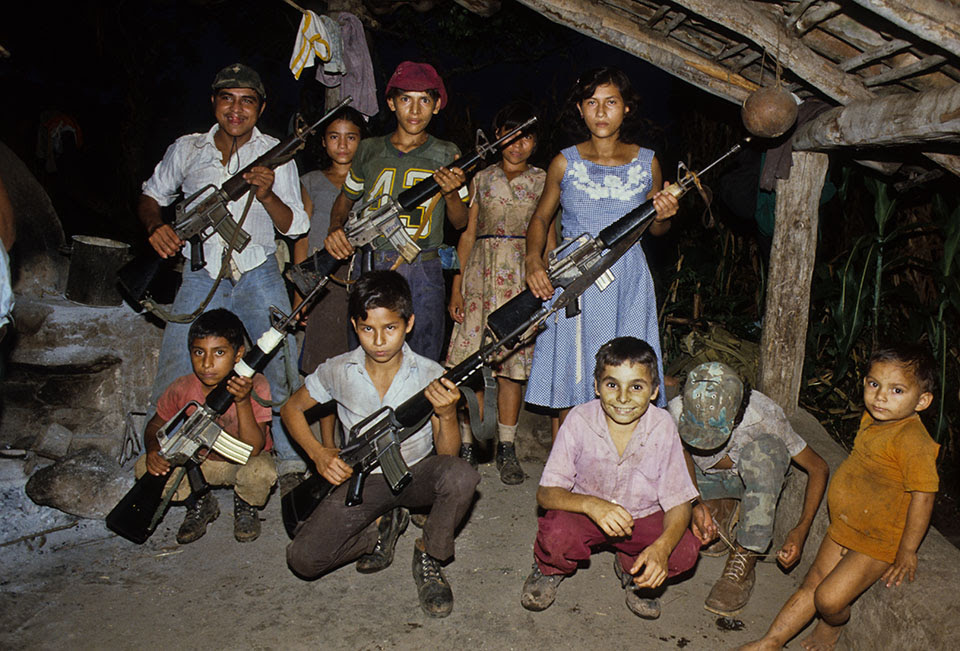 The online periodical El Faro has been publishing a set of wartime photographs taken by Italian photographer Giovanni Palazzo.   Palazzo has donated a collection of photos he shot during the war to El Salvador's Museum of Word and Image.   The museum is dedicated to preserving El Salvador's historic memory.

The first set, titled Childhood Under Fire, captures images of child soldiers carrying arms for both the army and the guerrillas.   The second set, titled, The State Repression, includes photos of political prisoners, death squad killings, and the suppression of public demonstrations.

More will be released by El Faro in coming weeks at this link.

You can also see more of Palazzo's photos at thew website of the Museum of Word and Image at this link.   The photographer donated 6,000  photos to the museum.