One of the accomplishments touted most often by the government of Nayib Bukele is the construction of a hospital dedicated to treating COVID-19 patients, "Hospital El Salvador."   The hospital was constructed by converting facilities at the CIFCO convention center in San Salvador and a promised third phase still under construction across the street.

The official twitter account for the Hospital @HospitalSV describes itself as "The largest and most modern hospital in Latin America. For the people, always the best."   This feed, along with government health ministries and the president's office, regularly broadcasts pictures like these of modern facilities and happy recovered patients: 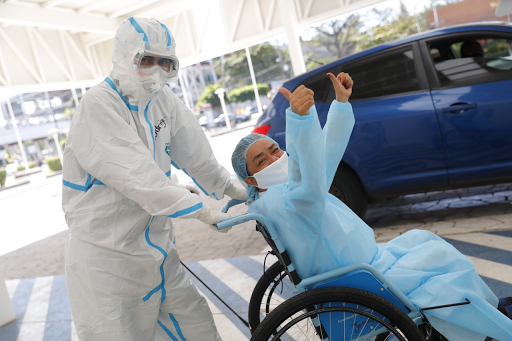 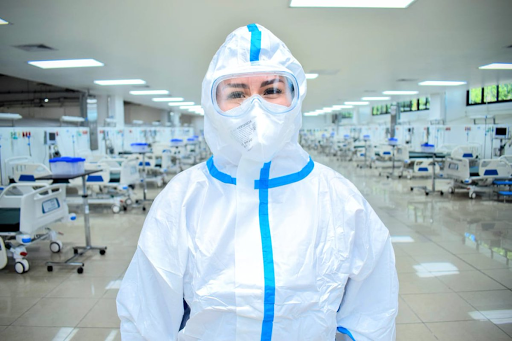 From @HospitalSV tweet
The operations of the hospital were described for the world in a comment piece in The Lancet titled Hospital El Salvador: a novel paradigm of intensive care in response to COVID-19 in central America, written by hospital staff doctors and government health workers:

By May, 2020, COVID-19 cases were growing exponentially in El Salvador. In response, Hospital El Salvador construction progressed in phases; by June, 105 new ICU beds were made available, more than doubling the country's existing capacity. Additionally, San Rafael Hospital's multidisciplinary team was transferred to the new Hospital El Salvador. By July, 2020, another 143 intermediate care beds were opened, which could be converted into ICU beds if the need arose. When the first wave of the pandemic reached over 400 cases on July 22, these added ICU and intermediate care beds had a crucial role in preventing the public system from overflowing.
Based on the pilot telemedicine model, 18 critical care specialists and 25 internal medicine physicians monitored 105 ICU beds and 143 intermediate care beds 24 h per day, through high resolution pan–tilt–zoom camera systems, with access to all vital signs and overall state of patients (figure). These physicians communicated with 318 front-line general practitioners (157 in the ICU and 161 in intermediate care) and with 492 nurses (251 in ICU and 241 in intermediate care) following indications from the central hub at the hospital. These physicians were physically located at Hospital El Salvador and communicated with front-line health-care providers.

The article describes how the hospital attempts to make best use of the limited number of intensive care specialists in the country by using a video monitoring system allowing those limited doctors to oversee more patients at a time.   The hospital received donations of ventilators from the US and installed two 15,000 gallon oxygen tanks to supply patients.

Yet despite developing this facility filled with new equipment and technology, the president has repeatedly overstated its progress and its capacities in his quest to appear to have the biggest and newest and best.

Tomorrow, at 5pm, we will inaugurate the first phase of the largest hospital in Latin America, to serve the #COVID19 .

This first phase will have 400 intensive and intermediate care beds and will decongest our hospitals.

However, as we now know from the Lancet article, the actual total was 105 new ICU beds and 143 intermediate care beds which could be converted to ICE beds for a total of 248.   Certainly a significant improvement over El Salvador's pre-existing capacity, but well short of the 400 beds Bukele claimed.  And as reporting by Cecibel Romero at Salud con lupa showed, at June 20, the hospital was far from ready to receive quantities of patients for anything like that number of beds and lacked the structure to do so for months after.

In the same June 20 tweet, the president promised there would be 1000 ICU beds and 1000 additional hospital beds developed by the end of the third phase.  Those have yet to materialize.

There is much information which the government has not shared about care at the new hospital including such basic information as the number of patients treated, the number of beds utilized, the mortality rate for those treated at the hospital, etc.   Thus it is difficult to gauge whether El Salvador is getting a good return on its investment in this hospital.

The need for healthcare resources to care for COVID patients is not going away in El Salvador.   The government's official statistics (of questionable reliability, but they are all we have) show a steady upwards climb since a low point in mid-September:

Hospital El Salvador even at its actual capacity (and not at the capacity suggested by Bukele's hyperbole) has an important role to play as cases and hospitalizations continue to rise.