Showing posts from September, 2015
Show all

The caldron of El Salvador

September 30, 2015
The online periodical El Faro has published an overview of gang violence in El Salvador and the government's "super iron fist" response to the violence under the title Más represión, más asesinatos, más armas, más reclutamientos (More repression, more murders, more weapons, more recruits) .  The article has been translated into English at the InsightCrime website and is worth a read.   Here's the introduction:
The demand for illicit weapons in El Salvador has surged to such an extent that it has impacted the black market in neighboring Guatemala. Raul Mijango, perhaps the last supporter of a dialogue between the government and gangs as a tool for stopping the rising violence in El Salvador, has stepped aside. Meanwhile, the government is apparently convinced that its bet on Super Mano Dura (“Super Iron Fist”) is the correct path, which it considers to be a lesser evil compared to the country's highest homicide rate since the turn of the 21st century. These are so…
1 comment
Keep reading

September 27, 2015
The government of president Salvador Sanchez Ceren has introduced a bill to add a 10% tax to all cell phone, internet service and cable bills to pay for increased public security efforts.

The proposal is widely unpopular and is only supported by the FMLN in the National Assembly.  A decision by the country's telecommunications regulator SIGET to lower rates which phone companies could charge by 13% and which would offset the cost of the tax on phone service (and essentially transfer the tax to the phone companies), has not changed the public's view.

The FMLN is introducing another bill in the legislature which would raise the penalties for tax evasion in the country, but it is not clear how much money this measure would raise.   El Salvador has long been challenged by low levels of tax compliance.

A vision of what could be

September 22, 2015
The New York Times published an El Salvador Journal piece headlined "At Salvadoran Factory, Helping Troubled Youth Makes Business Sense." It is the story of a T-shirt factort in Ciudad Arce, El Salvador, where workers, including several dozen ex-gang members, sew t-shirts and make a living wage with benefits such as day care and education:
Mr. Amaya said he spent seven years in the gang before he joined an evangelical church and was allowed to leave. He began working at the League plant two years ago. There, his boss, Mr. Bolaños, brims with ideas: “Our goal is to get people back in society, get them back on track,” he said.

Every worker spends half an hour on a computer each workday practicing English through an online course. The factory pays for high school equivalency classes and has just arranged with a local university to offer a two-year engineering degree. The company subsidizes a clinic, day care, breakfast and lunch, adjusts schedules for employees studying for a…
3 comments
Keep reading

September 19, 2015
El Salvador has minimum wage laws which vary depending on the area of the economy. Minimums in the agricultural sector are significantly lower than urban employment. It is also important to recognize that these wages only apply to people in a formal employment relationship; the significant percentage of Salvadorans in the informal economy do not have any guarantees. Minimum wages are calculated on an 8 hour day and a 44 hour work week. 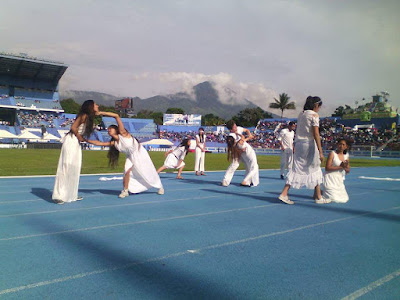 September 08, 2015
Carlos at the Super Martyrio blog reports that martyred Salvadoran archbishop Oscar Romero now has an asteroid named after him:
The naming of the celestial body, formerly known as “13703 (1998 OR13)” (based on the year of its discovery), for Romero was quietly announced at the end of last month by the Committee on Small Body Nomenclature of the International Astronomical Union in a publication called a Minor Planet Circular, dated August 29. A page on the website of NASA’s Jet Propulsion Laboratory confirms that 13703 Romero was named for Archbishop Romero. Romero was beatified earlier this year by the Roman Catholic church.
Post a Comment
Keep reading

Gold mining - a recap while we wait

September 07, 2015
The international arbitration between the government of El Salvador and Australian mining company OceanaGold continues to wait for a decision.   (OceanaGold bought the company formerly known as Pac-Rim).    It is now a year since the arbitration hearing took place in September 2014 before a panel of arbitrators at the International Centre for the Settlement of Investment Disputes.

This week Lynn Holland at the Council on Hemispheric Affairs published an excellent summary of the moratorium on gold mining in El Salvador and the resulting arbitration titled For the Love of Water: The Ban on Mining in El Salvador.

She concludes with a discussion of the current plans of the anti-mining movement:
While Salvadorans await the outcome of the case, a new action plan for passing a nationwide ban has begun to unfold. In just the last year, several rural communities have passed their own prohibitions against metal mining. San Jose Las Flores, San Isidro Labrador and Nueva Trinidad, have all held p…
Post a Comment
Keep reading

At elsalvador.com right now they have a special section devoted to Salvadoran artist Fernando Llort.  It's a great collection of images from the artists' life and work.    Go to the site and enjoy. 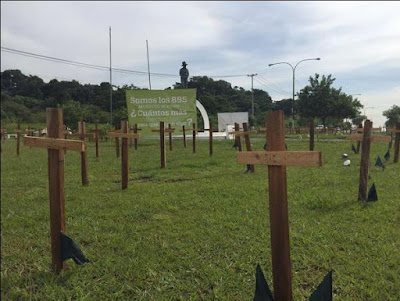 This week has seen dueling fields of crosses in El Salvador as forms of protest.   First Tuesday dawned with the appearance of hundreds of crosses at Redondel (traffic circle) Sandino, named for the Nicaraguan leftist hero:


A banner in the midst of the crosses proclaimed  "We are the 895 dead in August.   How many more must there be before they do something?"


This time a banner said "In honor of the founder of the party that created, permitted and let grow the gangs who kill us today."

The 911 violent deaths in August

September 02, 2015
The month of August 2015 has closed as the most violent since the end of the civil war in 1992.   There were 911 homicides, a staggering number which exceeded the prior record of 670 set in June of this year, according to the Institute of Legal Medicine ("IML" for its initials in Spanish), which is a branch of El Salvador's Supreme Court.

The IML released a set of statistics today about the homicides in August.  Here's what we know about those who died:

There were 911 homicides.  565 more homicides than in August 2014.  So many that the IML is running out of body bags.
Victims were overwhelmingly male:  92.3%
Victims were young  53.4% between ages 15-30,  more than 76% younger than 40,  more than 10% of  the victims (93 deaths) were ages 15-17.
Usually killed by firearms  84.7%
The departments with the highest murder rates per 100,000 residents were Cuscatlan and Usulutan, while the department of San Salvador had the highest total number of murders with 311.
The preside…
Post a Comment
Keep reading 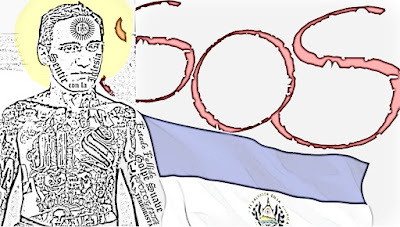 ﻿
The following post was written by Carlos at the Super Martyrio blog, dedicated to all things Romero, and first published there. Used here by permission.
* * * * Horrific news from El Salvador: reports are both alarming and disheartening.This past August, the crime that plagues the country left more than 700 dead, setting a new record at levels not seen since the days of the Salvadoran civil war.The toll hit members of the juvenile-delinquent groups or “maras” the hardest as they continued to eliminate each other in frightening episodes like the slaughter of 14 gang members in a prison in Quezaltepeque at the end of the month.The Constitutional Chamber of the Supreme Court recently categorized themaras—and their “collaborators” and “apologists”—as terrorists.In support of this judgment, the magistrates cited gang activities such as attacks on police stations and military garrisons, a vast network of extortion that stifles commerce at a national level, and forces families from their home…
Post a Comment
Keep reading
More posts