Showing posts from October, 2012
Show all

The threat to corn and bean farmers posed by climate change

October 22, 2012
Catholic Relief Services has released the results of a study which focuses on the impact of climate change on the production of two of El Salvador's basic foods: corn (maize) and beans. The study, titled Tortillas on the Roaster , identifies real threats to production of these crops by small farmers in Central America and calls for policies to address the risk. From the executive summary of the report: There is an urgent need for maize/bean smallholder farmers to deal with the impacts of climate change. The study finds that the impacts of climate change on maize/bean production systems are significant, and they could be felt as soon as the next decade. The TOR model projects that mean temperatures will rise by 1°C by the period 2010 to 2039 (2020s), and by 2°C by the period 2040 to 2069 (2050s). Minimum and maximum daily temperatures will rise, and water deficits will increase due to less precipitation and higher evapotranspiration rates. The modeling shows that maize pr
3 comments
Keep reading

October 16, 2012
The next presidential elections in El Salvador don't take place until 2014, but the FMLN is already moving to finalize its presidential ticket.   Yesterday, the FMLN's candidate for president, Salvador Sánchez Cerén, announced that he is proposing Santa Tecla mayor Oscar Ortiz as his running mate.   The former guerrilla commander made the announcement on his Twitter account . Ortiz is viewed as more moderate than Sánchez Cerén, the current vice president, and many think he might have be the more electable person for the head of the FMLN ticket.
Post a Comment
Keep reading

October 14, 2012
Our friend Polycarpio at the Super Martyrio blog, dedicated to all things Oscar Romero, has written about the announcement by presdient Mauricio Funes that El Salvador will soon start sponsoring a tourist route dedicated to sites in the life of slain archbishop Oscar Romero: The President of El Salvador, Mauricio Funes, announced that his country’s Tourism Ministry will promote an “Archbishop Romero City Tour” of San Salvador as part of a larger effort to promote tourism in El Salvador.  Funes made the announcement in the Crypt of the San Salvador Metropolitan Cathedral where Romero is buried, one of the ten locations to be featured in the Romero tour, visited by U.S. President Barack Obama last year.  Funes said that additional announcements would be made in Italy in October, and in London in November, regarding the initiative.  The tour is a two-day excursion to ten locations associated with, or relevant to, the life or legacy of Archbishop Romero.   You can see the list of
1 comment
Keep reading 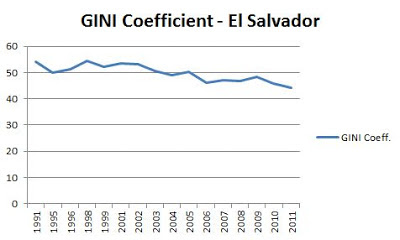 This is the fourth in a series of posts about the statistical view of El Salvador in the recently released 2011 Multiple Purpose Survey of Households . Today we look at income inequality in El Salvador, that is, how wide is the disparity between rich and poor when it comes to incomes in El Salvador.   One statistic used by demographers to represent income inequality is the Gini coefficient. Wikipedia explains the Gini coefficient here: The Gini coefficient measures the inequality among values of a frequency distribution (for example levels of income). A Gini coefficient of zero expresses perfect equality where all values are the same (for example, where everyone has an exactly equal income). A Gini coefficient of one (100 on the percentile scale) expresses maximal inequality among values (for example where only one person has all the income)....  According to UNICEF, Latin America and the Caribbean region had the highest net income Gini index in the world at 48.3, on unweigh
Post a Comment
Keep reading

October 12, 2012
This is the third in a series of posts about the statistical view of El Salvador in the recently released  2011 Multiple Purpose Survey of Households .   The survey asks a series of questions about the homes where Salvadorans live.   Here is some of what is reported: 92.6% of Salvadoran households have electricity (or have a neighbor from whom they can run an electric cord). 83.8% have access to piped water, although this number broadly includes people who have access to a spigot in the community or have a neighbor who has water service which they share.   In rural areas, this level drops and 1 out of 3 households do not have access to piped water. 72% of houses are made of concrete block, 16% of adobe and 12% of other materials.   Not surprisingly, the percentage of adobe is higher in rural areas and concrete in the urban areas. 88% of Salvadoran households reported having a cell phone, 84% have a TV, 62% have a refrigerator, and 12 % have internet access.
Post a Comment
Keep reading

October 11, 2012
This is the second in a series of posts about the statistical view of El Salvador in the recently released 2011 Multiple Purpose Survey of Households . One of the key statistics in the survey is the calculation of the percentage of households living in poverty.   The survey calculates two poverty rates -- the number of people living in "extreme" poverty, and the number of people living in "relative" poverty.   Both rates are defined in terms of the "Canasta Básica Alimentaria"  or Basic Food Basket (the "CBA").   The government calculates the cost to buy this basic basket of food and then defines extreme poverty as those households which earn less per month than the monthly cost of the CBA.   Relative poverty represents those households who earn less than twice the CBA. You can see what goes into the basic food basket at this link . In addition to calculating relative and extreme poverty rates, the government also calculates separate CBAs f
Post a Comment
Keep reading

October 10, 2012
El Salvador's government has released results of the 2011 Multiple Purpose Survey of Households.   This comprehensive survey offers a detailed statistical look at the circumstances of El Salvador's households.  It's valuable information, and over the next several blog posts, I am going to explore many of the statistics it provides.  You can download the entire report (all 506 pages) at this link . Today we'll look at some of the demographic statistics in the report.  One thing it makes clear -- El Salvador's population is young.   The population in 2011 is 6.2 million.   Of those 6.2 million, 2 million are under the age of 16.   1.47 million are between 10 and 20 years old. There are more females than males in El Salvador.  3.25 million women and 2.96 million men. With 6.2 million people, the population density is 295 people per square kilometer, the highest density in Latin America (for a non-island country; Grenada, Barbados and Haiti have higher densities)
Post a Comment
Keep reading

October 09, 2012
The Royal Decameron hotel group reportedly plans to invest $60 million in El Salvador hotels.   The Royal Decameron Salinitas in Sonsonante is really the only higher end beach front resort in El Salvador attracting foreign tourist dollars.   Decameron plans to expand that property as well as building a second resort in Usulutan.   In addition, the hotel group announced plans to build a hotel in San Salvador, which could be a Hard Rock Hotel, according to Royal Decameron Group president Lucio Garcia Mansilla. This is good news for El Salvador.   The country's tourism industry has lagged its neighbors in Central America.  It is a sign of confidence in the country by a long time investor, and should bring some additional tourist dollars and jobs to a country that needs them.
1 comment
Keep reading 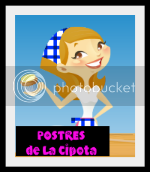 I recently learned of a blog which has the recipes in English for all of my favorite Salvadoran foods.    POSTRES de La Cipota  is written by a woman who says she learned Salvadoran cooking after marrying a man from El Salvador.   The recipes are written in a conversational style with lots of information, so it's fun to read even if, like me, your culinary talents are limited.
1 comment
Keep reading

The risks of being poor and pregnant in El Salvador

October 05, 2012
El Salvador outlaws abortion for any reason.   There are no exceptions for rape, incest, or to protect the life of the mother.   Moreover, El Salvador arrests and imprisons women who have abortions, sometime charging them with murder and sending them to prison for thirty years. In a male dominated country with a highly flawed judicial system, tragedy follows.   Consider the case of Sonia Tábora as described on the blog of the Europena Pro-Choice Network : Sonia was born in Sacacoyo, a village where 40 per cent of the population live in poverty. She experienced injustice at 18 when the man who had raped her was acquitted. And Sonia also had to survive a common experience for poor women in Central America of being abandoned by her partner after becoming pregnant.  Sonia hid her pregnancy from her employers for fear of losing her job as a maid. In February 2005, during a visit to her hometown when she was seven months pregnant, she unexpectedly gave birth without help in a coffee
Post a Comment
Keep reading

Forced to move by gang violence

October 04, 2012
El Faro and Insight Crime have published a feature article titled  The Legion of the Displaced  looking at the reality of families displaced from their homes by gang violence in El Salvador.   It is a silent tragedy in El Salvador and there are no statistics of how many families have been forced to flee to other parts of El Salvador or to flee the country.   But their silent, abandoned, graffiti covered homes in El Salvador's toughest neighborhoods bear witness. Here are the opening paragraphs: In the suburbs of El Salvador, in neighborhoods stained by Mara Salvatrucha or Barrio 18 graffiti, there are hundreds of abandoned, decaying houses. These houses tell the drama of the families who silently lived through their own history of violence: those displaced by gangs.  There are houses that talk. They scream things, recount bits and pieces of larger stories. One house has four rooms, a small terrace and a patio. From the fixtures that survived (ceramic floor, red brick decor
1 comment
Keep reading

Those allegations of Romey's ties to Salvadoran death squads

October 02, 2012
Yesterday I wrote about El Faro and its editor Carlos Dada and their excellent investigative journalism.   Today Dada published an example of his journalism which touches on the US presidential race. Various left wing blogs and publications in the US have attempted to link Bain Capital under US presidential candidate Mitt Romney to right wing death squads which operated in El Salvador during the 1970s and 1980s.   An example is this piece from Democracy Now which contains the inflammatory statement: Republican presidential candidate Mitt Romney is facing new scrutiny over revelations he founded the private equity firm Bain Capital with investments from Central American elites linked to death squads in El Salvador. After initially struggling to find investors, Romney traveled to Miami in 1983 to win pledges of $9 million, 40 percent of Bain’s start-up money. Some investors had extensive ties to the death squads responsible for the vast majority of the tens of thousands of deaths
Post a Comment
Keep reading 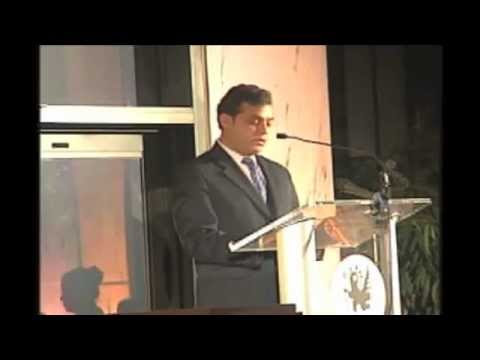 The Washington Office on Latin America (WOLA) awarded one of its 2012 Human Rights Awards to El Faro , the online periodical in El Salvador last month.   WOLA granted the award to El Faro for its "investigative journalism that shines a spotlight on corruption and organized crime." I have been a long time reader of El Faro.   It is one of my most trusted sources of information for what I write in this blog.  In a country where too often journalism was either at the service of the wealthy and powerful, or blindly following political orthodoxy of the left, El Faro has been offering credibility and quality investigative journalism. You can watch the  video  of Carlos Dada, one of the founders and editorial director of El Faro accepting the award.
Post a Comment
Keep reading
More posts