The reports by human rights groups which anger Bukele 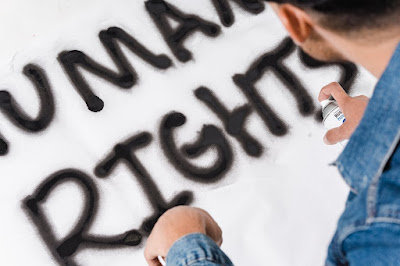 During his June 1 report to the nation on his first three years as president, Nayib Bukele spent a significant amount of time railing against his critics in the human rights community, both domestic and international.  Given the amount of attention Bukele gave to these human rights defenders, it makes sense to collect in one place the series of reports they have issued which catalogue the human rights abuses committed in the name of Bukele's current war against gangs.

Shortly after the State of Exception was enacted on March 27, a coalition of 70 human rights and civil society groups issued a statement warning about the possibility of "mass arrests of young people in vulnerable situations who are not subject to judicial control, indiscriminate searches of the population living in poverty, and prolonged periods of isolation and detention of persons deprived of liberty, as well as undue restrictions on their rights to food and health."

At the conclusion of the first 30 days of the State of Exception, the human rights organizations Cristosal and Human Rights Watch issued reports together detailing "credible allegations of dozens of arbitrary arrests, including some that could amount to short-term enforced disappearances, and of two deaths of people in custody."

The Washington Office on Latin America (WOLA) published Democracy on the Brink: El Salvador’s Ongoing State of Emergency on May 6, 2022 stating "Far from providing tools to protect citizens from violence, the state of emergency has represented a threat to everybody’s human rights."

The Observatorio Universitario de Derechos Humanos then issued a 192 page report on May 31 cataloging reports of human rights violations documented by multiple sources to conclude that the State of Exception had given rise to "systematic abuses" and the "disregard of fundamental rights."

On June 2, Amnesty International published its investigation titled El Salvador: President Bukele engulfs the country in a human rights crisis after three years in government, concluding  "Under the current state of emergency, the Salvadoran authorities have committed massive human rights violations, including thousands of arbitrary detentions and violations of due process, as well as torture and ill-treatment, and at least 18 people have died in state custody."

On the same day, the InterAmerican Commission on Human Rights issued a public statement calling on El Salvador "to ensure that actions related to citizen and prison security policies are implemented within the limits and procedures that guarantee respect for human rights and dignity."