Centering the victims of March 26 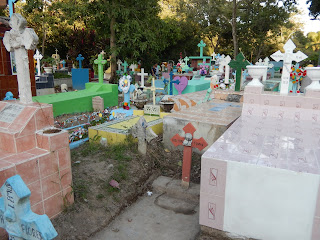 Too often lost in the news cycle are the victims.   They should be at the center.

Sixty-two people were murdered on Saturday, March 26, in the deadliest day in El Salvador since the end of the country's civil war.   According to El Faro, 57 of the victims were men and 5 were women.   They ranged in age from 18 to 66, with an average age of 38.   They were fathers, sons, mothers, daughters, sisters and brothers.   They had names like Oscar, Carlos, Maria, Nestor, Maritza and Jose.   They worked as laborers, street vendors, farm workers, and builders.  According to initial police reports, only 13 of the victims were linked to gangs.

El Faro published a list of the names of the victims who had been identified:

La Prensa Grafica published today profiles of a number of the victims, I encourage you to read it in the original Spanish or with Google Translate if needed.

Many of my own thoughts about the suffering of the victims' families and what justice now requires are reflected in the following essay.

My Words are not for Those Who Wield Power

No, my words are not for those who wield power, for that they would have to want to read and have the ears to hear, but right now they are very busy taking a photo of themselves, smiling and proud of the decree they requested and served in record time, as the last move on the chessboard of power: the pawns are dead, the king advances.

In reality, my words, my energies, my heart are for the families who this morning are taking care of the business of funerals for loved ones they did not say goodbye to properly, because they never thought that, in the country of virtual wonders, they would have to feel in flesh and heart, the way reality is sown in the cemetery, in a funeral of national import. This day I have cried for families I do not know, but for whom I feel and share the collective pain of this senselessness.

There are never words to give condolence, especially under these strange circumstances, I just want to say to those families I do not know, how sorry I am.

I also have my words for those who orchestrated the pulling of triggers: What did you gain? What did you lose? What was taken from you? What are you proud of the day after? You are part of this people; our people have already suffered too much to continue lending ourselves to the little game called death. No, my brothers and sisters in suffering and rancor, they are not paper cards that you lay on the table for this game, it is the life and blood of your people.

These are families that day by day want to earn the bread to feed their loved ones, these are people with broken dreams for every black Friday or Saturday. These are your people that return to work on Monday to grab the scraps of life that remain after the senseless massacre, and with the thread of fear mend the desire to continue living and fighting for the real transformations of this sick system, and see our country as the beautiful homeland that could be and is not, so that someday your children and mine will not have to play the game of: eeny meeny miney mo, today it's my turn to die and who will be next?

Also, a word for you who think that more fire will extinguish the fire, for you who manipulate the pain to gain popularity, we have already danced to this tune so many times that it is not even worth the time to spell it out for you again, not even with illustrations.

For those who follow your enduring work of defending human rights, I see you fighting every day and defending the rights of all human beings, as it should be. You cannot choose or segregate among those who have rights and those who do not. Holding fast to tenderness amid chaos is part of how we demonstrate our rebellion in the face of the frustration of being protectors of peace in the middle of a rabid dogfight. Courage, we are just ants with spoons trying to move a mountain, patience, and struggle.

My admiration and solidarity for those who maintain the firm conviction that respect for human rights is the path to peace, even in times when violence seems to be the preferred flag to wave, we already know the consequences that such thinking brings in the end.