US places sanctions on Salvadoran officials for gang dealings

December 12, 2021
This article originally appeared on December 9, 2021 on the website of InsightCrime under the title US Blacklists El Salvador Officials, Bolstering Accusations of Gang Pacts
By Seth Robbins 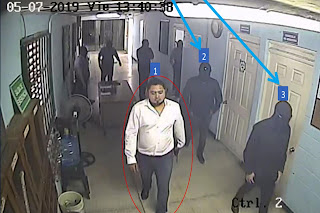 In what appears to be a shot at El Salvador President Nayib Bukele’s administration, the United States has imposed sanctions on two officials with close ties to the president, accusing them of corruption and having secretly negotiated with the country’s deadly street gangs.

Osiris Luna, El Salvador’s vice minister of security and head of prisons, and Carlos Marroquín, the head of the government’s Social Fabric Reconstruction Unit (Unidad de Reconstrucción del Tejido Social), are accused of engaging incarcerated gang leaders in talks to lower killings in exchange for privileges, such as access to cell phones and prostitutes, according to a December 8 Treasury Department statement.

Luna and Marroquín also allegedly negotiated with gang leadership to provide political support to Bukele’s party, New Ideas (Nuevas Ideas), ahead of legislative elections in February. In addition, gangs agreed to impose COVID-19 quarantine measures in areas under their control, according to Treasury.

The Treasury Department, meanwhile, has also accused Luna and his mother, Alma Yanira Meza Olivares, of stealing and reselling food meant for pandemic relief, as well as embezzling millions of dollars from the prison commissary. Meza has also been sanctioned.

It is unclear from the statement what evidence is being used to sanction Luna, Marroquín and Meza under the Magnitsky Act, which is designed to punish individuals around the world accused of corruption. But much of the information appears to dovetail with reports by online news outlet El Faro, which first published excerpts from two scrapped investigations by a special prosecutor’s unit empowered by former Attorney General Raúl Melara.

A day after announcing these sanctions, the Treasury Department imposed sanctions on Bukele's chief of cabinet, Carolina Recinos, accusing her of being the head of a multi-million dollar corruption scheme involving irregular contracts for the purchase of medical supplies amid the pandemic. According to a December 9 Treasury Department statement, Recinos directed the purchase of millions of dollars worth of hospital gowns and masks to companies without experience in manufacturing such products and was involved in suspicious procurements related to the construction of a hospital.

"Millions of dollars in inflated contracts," Treasury said, "allowed for kickbacks to Salvadoran government officials and some of President Bukele’s advisors."

Treasury also said that Recinos directed food aid baskets intended for pandemic relief to New Ideas candidates, who then used them to garner support ahead of the 2021 legislative elections.

Responding to the sanctions, El Salvador President Nayib Bukele lashed out on Twitter, writing that "these daily accusations seem absurd."

"I don't know what is their interest in El Salvador," he said. 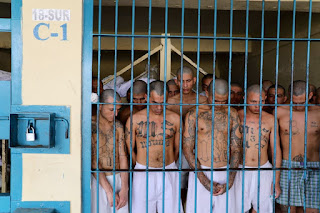 The flurry of sanctions is likely an attempt by the US to get the attention of Bukele, who has taken to attacking journalists and thumbing his nose at international organizations concerned about his assaults on rule of law. The sanctions also undercut a favorite Bukele claim: that his deploying of troops in the streets is responsible for the country's massive drop in homicides.

Bukele came to power on a wave of populism, pledging to purge the country’s corrupt elite and bring the deadly street gangs to their knees. He quickly credited his crime-fighting plan, which deployed more than 5,000 police and soldiers to gang strongholds, for the country’s massive drop in homicides.

Meanwhile, Bukele fingered previous administration officials for making deals with gangs to lower homicides. Several were charged in February 2020 with negotiating with gangs for political benefit, which is illegal in El Salvador.

But questions soon began to swirl that El Salvador's drop in killings was due to possible negotiations with the street gangs to halt murders. In October 2020, InSight Crime reported on an informal pact between parts of the Bukele government and street gangs. The report also showed how Marroquín negotiated with the gangs when Bukele was mayor of San Salvador to allow for the revamping of its historic city centers.

Bukele's attacks on his adversaries appear to have backfired when then-Attorney General Melara empowered a special prosecutor’s unit to investigate his administration's alleged talks with gangs. Legislators ousted Melara in May this year, apparently ending the probe.

But El Faro obtained the unfinished investigation. The outlet published a trove of evidence – including phone calls, audio files, text messages, and surveillance photographs – that illustrated how administration officials conducted secret negotiations with the Mara Salvatrucha (MS13), Barrio 18 Revolucionarios and the Barrio 18 Sureños. Both Marroquín and Luna appear as interlocutors in the scrapped investigation.

Marroquín, for example, attended several rounds of meetings with men in balaclavas whom investigators identified as gang leaders, according to photos and staff interviews. Luna ushered alleged gang leaders and government negotiators into the jails, according to logbooks, surveillance photos and an internal report from the warden.

El Faro then published a report into a second unfinished investigation by the unit. That investigation involved the theft of some $1.6 million of food products destined for poor people during the pandemic. The investigation alleged that Luna orchestrated the scheme, pilfering baskets of food aid and sacks of rice with the help of an alleged smuggler. According to a wiretapped call, Luna’s mother offered to sell bulk rice to the buyer.

The recent sanctions not only bolster El Faro’s reporting but are likely to rankle Bukele.

In its statement, Treasury even went so far as to say the Bukele administration provided “financial incentives” to the MS13 and the Barrio 18 gangs in 2020, undermining his image as a strongman leader.
This article originally appeared on December 9, 2021 on the website of InsightCrime under the title US Blacklists El Salvador Officials, Bolstering Accusations of Gang Pacts
One additional note.   On December 10, 2021, Reuters reported that the US Department of Justice is preparing indictments against both Luna and Marroquin.
Gang truce Gangs US relations

Lawrence M. Ladutke said…
The U.S. government has now admitted that its argument against asylum seekers--El Salvador is so much safer--is and has been a sham. They should immediately cease using the deflated homicide rate as justification for sending Salvadorans back to their deaths. Any attorney for Salvadoran asylum seekers should call them out on this.
6:34 AM