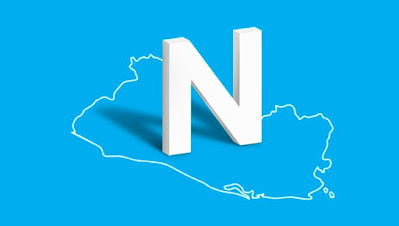 Two legislative deputies from the Nuevas Ideas party of Salvadoran president Nayib Bukele are being suspended from the party and publicly labelled traitors to Bukele's political movement. The abrupt action by the leadership of Nuevas Ideas came with disclosures that not everyone donning the blue and white "N" may be in agreement, dissension which Bukele and his allies are blaming on US interference.

The internal divisions came to light on October 30 when Nuevas Ideas announced that it was suspending two of its deputies in the Legislative Assembly, José García and Gerardo Aguilar, pending an investigation. The announcement was cited with approval by president Nayib Bukele, and other top party officials, as well as the president of the Legislative Assembly, Ernesto Castro.

Nuevas Ideas made public an audio recording where voices are heard discussing concerns with the party's actions in the Assembly.   Nuevas Ideas proclaimed that Garcia and Aguilar had betrayed their trust in meeting with Roy Garcia who was allegedly promising to act as go between with the US Embassy to obtain advantages for deputies who would defect from the party.  Roy Garcia is a Salvadoran in the diaspora living in the US who was one of the original founders of Nuevas Ideas, but later left the party in 2018.

The audio recording is apparently authentic.  El Faro published a story on November 3 revealing that the periodical had also received a copy of the recording weeks earlier and that Roy Garcia had confirmed its contents. Garcia told El Faro that there were, in fact, three Nuevas Ideas deputies who had spoken with him over the course of three different meetings.

The US Embassy denies that it made any inducement to any Salvadoran legislator.   The lead officer for political affairs in the Embassy, Elias Baumann, told El Faro that he did have a meeting with deputies from Nuevas Ideas (not the subject of the leaked recording), but the meeting was in his normal role of meeting with a wide range of officials in the Salvadoran government from any political party.

Yesterday, in a session of the Nuevas Ideas controlled Legislative Assembly, the two deputies, José García and Gerardo Aguilar, were removed from their positions in the legislative chamber and replaced with their alternates (diputados suplentes).

Constitutional experts in El Salvador pointed out that disagreeing with your political party, or even resigning from that party, is not a basis for a deputy to be removed from their position in the Assembly.   Deputies are elected directly by Salvadoran voters, and parties do not control their time in office.

The episode shows how tightly Nayib Bukele and Nuevas Ideas insist on loyalty to the president and the party, but it is not clear that this episode shows any serious fracturing of the Nuevas Ideas super majority block in the Assembly.  Virtually all Nuevas Ideas deputies took to social media in the hours and days following to swear their fealty to Bukele and Nuevas Ideas.  Any discomfort they feel with a role of being asked to simply "press the voting button" to rubber stamp the proposals of the Bukele administration before the Assembly, are being kept to themselves for now.

Unknown said…
Is not disloyalty. Is conspiracy.
3:43 PM