The World's Coolest Dictator and his Bitcoin gambit 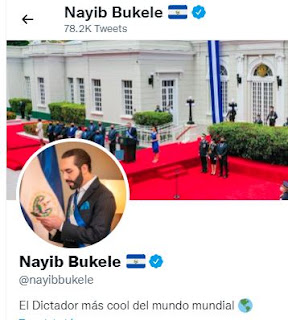 Here is another round-up of El Salvador related news in the English language press around the world.   Many of the recent headlines take off from Nayib Bukele's decision to label himself the "world's coolest dictator" in his Twitter profile.   Other articles continue the world press fascination with Bukele's Bitcoin experiment in the country.   Too little attention was paid to Bukele's overhaul of the judicial system with judges to his liking.
Bitcoin Nayib Bukele