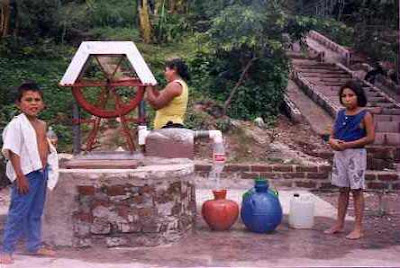 El Salvador is in the midst of a years long water crisis, but past governments have been completely incapable of taking the necessary actions to address it.   Now a new party controls the legislative and executive branches of government, and Nuevas Ideas claims it will take positive action where its predecessors have failed.

As journalist Nina Lakhani wrote in The Guardian in 2019:

El Salvador is the most densely populated country in Central America. It also has the region’s lowest water reserves, which are depleting fast thanks to the climate crisis, pollution and unchecked commercial exploitation.

The water issues calling out to be addressed in El Salvador are many:

Obviously these are complicated issues and for at least 15 years El Salvador’s Legislative Assembly has failed to address them. Advocates working from the premise that access to a healthy water supply is a human right first proposed a comprehensive national water law in 2006. The Legislative Assembly was slow to take the matter up, and a divided body never acted to finalize a draft law and submit it to a vote.

President Nayib Bukele’s position on the detail of water issues has been largely undisclosed.  He and his party have repeated the popular refrain that water will not be privatized, and Bukele has said that he would veto any legislation proposed by ARENA and the FMLN, but little more had been shared before now.

When the Legislative Assembly dominated by Nuevas Ideas entered into power on May 1, one of the early actions taken by the new majority was to archive and remove from consideration all prior drafts of water legislation.  In response, the National Alliance Against Privatization of Water, made up of more than 90 organization of civil society, including universities, churches, environmental and water activists, delivered a renewed draft of a water law to the Assembly on June 14.

On June 19, Nayib Bukele announced that he had sent his own draft to the Legislative Assembly and would give the congress 90 days in which to pass it. Nuevas Ideas leaders in the Legislative Assembly announced that they would form an ad hoc commission to study Bukele's proposed water law (and not the civil society draft) with input from a variety of interests. ContraPunto reported the statements of Suecy Callejas, vice-president of the Assembly:

Water activists have already begun to express some concerns with the government’s draft law.  Their early concerns are the possibility of the government granting concessions to private interests which last as long as thirty years and whether the law provides sufficient opportunity for popular input into management of water resources.

In a recent editorial, the University of Central America set out the important aspects of an equitable national water regime:

In the first place, that regime recognizes water as a human right, a public good, therefore, its priority use is to satisfy the needs of the population, above the interests of the agricultural, industrial and tourist sectors, for example.  Secondly, as water is a public good, it is the responsibility of the State to make up the body governing the water resource; strategic decisions on the liquid cannot be the responsibility of the private sector.  Linked to the above, thirdly, in making these decisions there must be broad citizen participation. Fourth, a law must provide that water is managed by a fair and equitable economic regime, outside the profit logic. Finally, a law should stipulate that water is managed from the standpoint of watersheds, since the watershed constitutes the natural and social unit of a management that determines the actions necessary for the protection, use and recovery of water.

If Nuevas Ideas passes a bill which meets these five criteria, the country will have the starting point to address a water crisis which has only worsened through years of governmental inaction.