The world has known about the massacre of children, women, the elderly and others in El Mozote and surrounding communities for more than 39 years.   Yet the world still does not know if anyone will ever be held accountable and whether there will ever be justice for the victims of this atrocity.

The InterAmerican Court for Human Rights issued a judgment in October 2012 finding that the Salvadoran state had violated the human rights of the El Mozote victims by failing to meet its obligation to investigate the facts that gave rise to the violations and to identify, prosecute and, as appropriate, punish those responsible.  El Salvador was also told to implement measures of restitution, rehabilitation and satisfaction, and guarantees of non-repetition.

On March 4, the InterAmerican Court held a new hearing to determinate how the parties were complying with that judgment.  The day before the hearing, on March 3, the Attorney General's office in El Salvador filed a motion to have an expert witness disqualified and also to have Judge Jorge Guzmán removed from the case.  After lawyers for the victims cried foul, Attorney General Raul Melara claimed that he had been unaware of what lawyers from his office had filed and that he would look into it.

Lawyers for the victims called the motion to remove Guzmán a "grave offense" against the victims and that it risked delaying the process of arriving at justice.  Guzmán has been painstakingly guiding this unprecedented case forward for years, with diligence and integrity.   David Morales, one of the lawyers for the victims, was not buying the idea that Melara did not know what lawyers in his office were filing on the biggest human rights case in Salvadoran history, called Melara's statement just an attempt to distract the press.  To date, the attorney general's team has not withdrawn their motion.

At the hearing before the InterAmerican Court, the judges appeared concerned with this turn of events.   Before the Court were Judge Guzmán himself, lawyers for the Salvadoran government, El Salvador's Human Rights Ombudsman, and lawyers for the victims.  Unfortunately, Salvadoran governments have a history of paying little more than lip service to rulings by the Court.

Nayib Bukele and the armed forces continue to also reject orders by Judge Guzmán to allow expert archivists to review historical files and records of the military from the time of the massacre.

Nayib Bukele will have the opportunity, with his control of the Legislative Assembly, to name a new Attorney General at the end of this year.   That change adds additional uncertainty to the future course of the massacre trial.

March 6 marked the 14th anniversary of the death of Rufina Amaya, the courageous surviving witness to the massacre who told the world the story of how her husband, children, and hundreds of others were slaughtered.  Although she testified in the earliest proceedings in this case, she would not live to see justice done, and 14 years later we are still waiting. 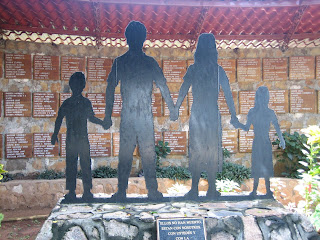