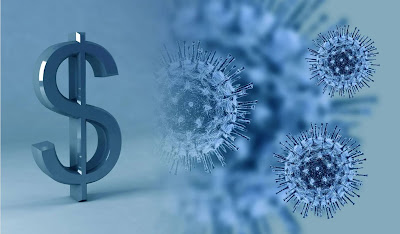 Two different rankings of countries in the world were being publicized last week.   One set of rankings was publicized by the Lowy Institute, looking at the performance of countries around the world in managing the COVID-19 pandemic.   On that ranking, El Salvador ranked 56th out of 98 countries around the world which have publicly available data for a set of indicators like case rates, testing and mortality.  In general, El Salvador fared better than most of the Americas, other than Uruguay, ranked 12th in the world, and Jamaica at 31st.  (The United States was 94, Mexico 97 and Brazil 98).

Not surprisingly, president Bukele focused on the comparison with other Latin American countries tweeting:

First place in Central America and second in all  Latin America (only below Uruguay).

Note that this data relies on the publicly released data from individual governments.   El Salvador does not allow the press or civil society access to underlying data, and the government has previously acknowledged that its numbers represent undercounts.  But this is also certainly true for almost every other country in the world -- these rankings are only as good as the quality of the data and the level of confidence one has in the governments which are reporting it.

The other world ranking recently released is the annual Transparency International Corruption Perceptions Index.   On this index, El Salvador continues to have a rating of 36 on a 100 point scale. That score ranks El Salvador at 104 out of 180 countries worldwide.  (The Bukele media machine chose not to tweet out those results).

Transparency International commented on El Salvador's setbacks on corruption issues during the past year as it faced the unique situation of the pandemic:

Similar to other regions around the world, governments in the Americas took extraordinary measures to fight COVID-19 in the form of various states of emergency that restricted civil rights. These restrictions curtailed freedoms of speech and assembly, weakened institutional checks and balances, and reduced space for civil society.

An alarming concentration of power in the executive branches in countries like Colombia (39) and El Salvador (36) has contributed to an explosion in irregularities and corruption cases associated with COVID-19 related procurement. Across the region, citizens struggle to access reliable and up-to-date information on health statistics and emergency procurement...

With a score of 36, El Salvador, has stagnated on the CPI for the past 8 years, but recently, the country suffered a serious setback when an important law to provide access to information was suspended due to the pandemic.

Only by using this same law could civil society groups monitor government funds for COVID-19-related purchases to ensure the money was well-spent. Unfortunately, the national state of emergency allowed for less transparent and riskier contracting processes, resulting in some startling irregularities.

One of the most serious corruption cases in El Salvador was a contract between the government and a Spanish auto parts company worth US$12 million to acquire overpriced medical supplies. As in neighbouring countries, El Salvador has unclear criteria for choosing beneficiaries used in the delivery of emergency cash transfers vouchers.

Rankings like those from the Lowy Institute and Transparency International generate headlines and social media tweets, but the numbers are much less important than delving deep into the data, methodology and the conditions which generate the rankings. For El Salvador improving public access to health system data and transparency about government contracting could improve its rating on the Corruption Perception Index, even if revealing higher levels of COVID-19 transmission and mortality might reduce the country's position on the Lowy rankings.  Accurate, transparent information to make good policy decisions is more important than bragging rights on a think tank's global rating publication.
Corruption COVID-19