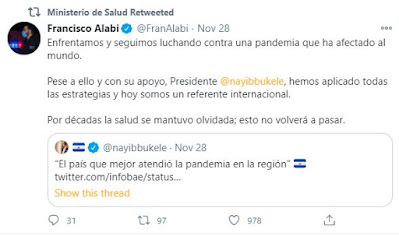 Don said…
Jared's comment shows how the anti-bukele folks really think. They think that the 90% of Salvadorans that approve of Bukele's management of the violence crisis and covid 19 crisis are stupid. Also, I see Tim is writing for El Faro. FINALLY A SALVADORAN VOICE!!! Congrats Tim!!! We can't wait to read your insights. I'm sure you are down here on the streets doing real investigations.
1:52 PM