Here is a collection of recent reporting in English about developments in El Salvador.

Trump and Central America: Less Democracy for Less Migration (El Faro English, Oct. 29, 2020) --  With each new journalistic or judicial investigation into high-level corruption and crime, Central American leaders have found a lifeline in U.S. ambassadors willing to scrub their public image. By dint of blackmail, the Trump administration has demanded an end to unauthorized immigration, promising in return the label of “reliable partner” and issuing blank checks to the presidents of the so-called Northern Triangle of Central America which have underwritten their attacks against the fragile democratic orders they lead.

Commander of US Southern Command Visits El Salvador (US Embassy, Oct. 21, 2020) -- U.S. Navy Adm. Craig Faller, visited El Salvador on October 21 to meet with U.S. Embassy staff and Salvadoran defense leadership.  During his visit, Admiral Faller and his delegation met with U.S. Ambassador Ronald Johnson to discuss SOUTHCOM’s role in the U.S.-El Salvador cooperation on security in the region. The Commander also met with Salvadoran Minister of Defense Rene Merino Monroy as well as with other U.S. senior diplomats and local subject matter experts.

A "Biden Administration Will Have to Be Like a Post-War Administration": Interview with Jon Lee Anderson on What US Election Bodes (El Faro English, Oct. 29, 2020) -- Biden, with decades of history working Latin American policy, including his managing of the Obama administration's response to an influx of Central American child migrants, promises a non-Trumpian approach. But would Biden really end the US bullying of the region, as he's promised? Would a modernized Monroe Doctrine, as he's called for, just soften the edges of Trumpism? Meanwhile, how do the emboldened populists of the region — still tilting towards authoritarianism — deal with four more years of Trump, or confront a more dissuasive Biden policy team?

Why Should the U.S. Election Matter to Central Americans? (El Faro English, Oct. 29, 2020) -- Why should this election matter to Central Americans? There are countless reasons. But first, because the livelihoods of over 200,000 Salvadoran, Honduran, and Nicaraguan compatriots, in addition to thousands of Caribbean, African, and South Asian families, all hang in the balance. Temporary Protected Status, or TPS, remains a stopgap for real immigration changes and has become a flexible policy of unscrupulous political use in the United States and in the region. Another is the Deferred Action for Childhood Arrivals policy, or DACA, a temporary measure that prevents the U.S. from deporting the undocumented.

El Salvador’s Controversial New US Ambassador and the Future of TPS and DACA (El Faro English, Oct. 29, 2020) -- On September 24, President Bukele named Congresswoman Milena Mayorga, former member of the Arena party, to this vitally important post. Shortly after her nomination, the Ambassador-designate declared on social media that “the heart of the new agenda with Washington is explaining to our compatriots that our president is creating the conditions for their return” – a statement which logically calls into question whether Mayorga will be an ally of Salvadoran immigrants in their fight to find a permanent solution to stay in the US, or rather, if she is inclined to support the restrictive immigration policies implemented by the Trump administration.

El Salvador Seizing Thousands of Guns but Flow of Weapons Continues (InsightCrime, Oct. 29, 2020) -- Salvadoran authorities recently claimed that an anti-gang campaign has led to thousands of weapons being seized. But the numbers and types of weapons seized are unlikely to make a real difference to gangs and do nothing to halt the flow of weapons entering El Salvador.

Nelson Fuentes Resigned from the Ministry of Finance After Being Pressured to Hound Critics of the Government (El Faro English, Oct. 26, 2020) -- Former Minister of Finance, Nelson Fuentes, resigned from his post because, in his last three months of work, between May and July 2020, he was pressured by the Office of the President of the Republic, and, according to two Cabinet members, by President Nayib Bukele himself, to freeze the salaries of the Legislative Assembly and the Supreme Court as a way of pressuring them to approve a loan. Moreover, the Office of the President sought to make him engage in fiscal persecution against President Bukele’s critics, and to carry out budgetary changes that lacked support, transfers of funds without the Legislative Assembly’s backing and without approved emergency decrees.

El Salvador’s COVID-19 response is storing up health and economic problems for the worse-off (LSE, Oct. 16, 2020) --  Research into the effects of El Salvador’s lockdown shows that those with the lowest incomes and the worst health have been hit the hardest. While many have skipped meals and stopped working, others have even ended treatment for chronic illnesses or taken loans from predatory lenders. These adaptations only make the situation worse, and the state must try to tackle the conditions driving them if the country returns to lockdown.

On El Salvador’s 1981 El Mozote Massacre, President Bukele Sides With Impunity (Just Security, Oct. 28, 2020) -- Survivors of the largest single massacre in modern Latin American history recently asked the country’s Prosecutor General to charge President Nayib Bukele and Defense Minister René Merino Monroy with arbitrary acts, dereliction of duty, and failure to comply with a judicial order for refusing to allow the judge in the case to have access to military archives from the period.

“Sponge City”: San Salvador uses nature to fight floods (UNEP, Oct. 30, 2020) -- The forest and coffee farm restoration project known as CityAdapt is premised on a simple fact. When vegetation is replaced with concrete, the ground loses its permeability. But trees and other vegetation can be used as sponges, drawing enormous quantities of water into the earth, preventing erosion, limiting floods and recharging groundwater supplies for times of drought.  The term 'sponge city' is used to describe an urban area that is creating green spaces to tackle flooding. 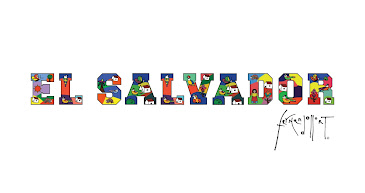