Bukele ignores critics as his government takes an authoritarian turn 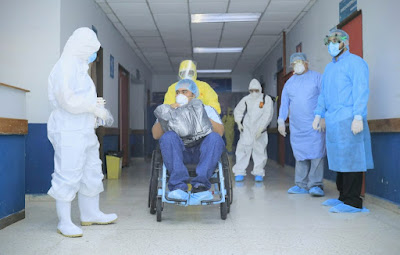 In responding to the coronavirus global pandemic, governments all over the world have taken extraordinary measures limiting what would otherwise be normal, everyday liberties.  There are restrictions on movement, the closing of businesses, stay at home orders, quarantine centers.  In El Salvador, the borders have been closed, families are expected to stay at home, and violators of the stay at home order can be confined in a "contention center" for 30 days, regardless of whether they have any symptoms.

But what are the limits on what a government can do in responding to such a crisis?  The UN High Commissioner for Human Rights has described the necessity of preserving essential human rights within the context of those exceptional measures which are justified in a public health emergency like the coronavirus pandemic:


As Governments face the formidable challenge of protecting people from COVID-19, UN High Commissioner for Human Rights Michelle Bachelet has called on them to ensure human rights are not violated under the guise of exceptional or emergency measures.

“Emergency powers should not be a weapon governments can wield to quash dissent, control the population, and even perpetuate their time in power,” Bachelet warned. “They should be used to cope effectively with the pandemic – nothing more, nothing less.”

States are able to restrict some rights to protect public health under human rights law, and also have certain additional powers if a state of emergency threatening the life of the nation is publicly declared. In either case, the restrictions need to be necessary, proportionate, and non-discriminatory. They also need to be limited in duration and key safeguards against excesses must be put in place.

Certain rights, including the right to life, the prohibition against torture and other ill-treatment, and the right not to be arbitrarily detained continue to apply in all circumstances.

The Inter-American Court of Human Rights has issued similar guidance to countries in the Americas.

Viewed in light of this human rights framework, members of the press and advocates within and outside of El Salvador are warning that the government of Nayib Bukele is repeatedly violating such norms in its response to COVID-19.  There are numerous and growing warnings that Bukele is using the crisis as a pretext to consolidate power in the executive branch as he rules by decree.

A broad coalition of Salvadoran human rights organizations expressed such concerns in a letter on April 21 to UN Secretary General Antonio Guterres:


We show our solidarity with the peoples of the world before the attack of COVID-19, and we recognize the risk that this pandemic represents for the inhabitants of the planet. For that reason, from the first moment we were in agreement and we supported extraordinary actions and measures adopted in El Salvador, but at the same time we place ourselves against those that had been applied through executive decrees in violation of universally recognized human rights, without the criteria of reason and proportionality, and which are wounding the functioning of our weak democratic institutions.


Authoritarianism and militaristic support for it pervert a process that should be based above all on the knowledge of good doctors and specialists in El Salvador and on the organizational capacities of Salvadorans. From authoritarianism you can have some political triumphs. But the power of the few always has feet of clay. From participation which is broad-based and rooted in dialogue, the most lasting fruits are always obtained.

In a recent letter, the leaders of the Foreign Affairs Committee in the US House of Representatives urged Bukele to "not use COVID-19 as a pretext to undermine the Salvadoran constitution and international norms." And Rep. James McGovern tweeted:  "President Bukele should comply with court ruling & work with congress to meet people’s needs & food security during quarantine. El Salvador needs democracy, not authoritarian rule." 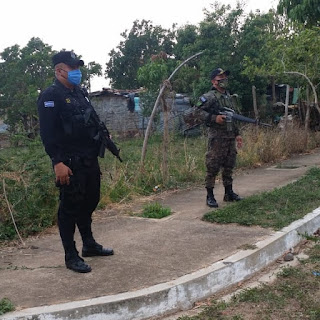 Amnesty International, along with the Center for Justice and International Law, the Due Process of Law Foundation, the Washington Office on Latin America, the Mesoamerican Initiative for Women Human Rights Defenders and the World Organization Against Torture, admonished the Salvadoran president in an open letter:


The government must immediately reverse those measures that, far from serving health purposes, have only led to multiple reports of alleged human rights violations, including arbitrary detentions and excessive use of force.

The authorities have detained thousands of people and taken them to holding centres that often lack measures to ensure a minimum level of sanitation and physical separation. With this strategy, the government only increases the risk of contagion instead of protecting people from the virus. Moreover, the detention of people who go out in search of water, food or medicine disproportionately affects those living in poverty. El Salvador needs comprehensive solutions that address inequality and the causes that drive many people to go out to meet their basic needs.

This essential point, the impact of the government restrictions on the marginalized poor, was illustrated poignantly in the story of Cindy reported by El Faro.  She was a mother who walked her son the four paces across the alley to a primitive toilet because there was not even that in their home.   While waiting in the alley for her 4-year-old son to finish using the toilet, she was apprehended by security forces, and sent to a contention center for weeks for being outside of her home without justification. Although El Salvador's Constitutional Chamber ruled that persons in Cindy's situation should be allowed home, she was not released from the quarantine.

In the midst of the COVID-19 crisis also came Bukele's collective punishment of all imprisoned gang members after a recent spike in homicides.  After Bukele locked down prisons, on April 29, Human Rights Watch published a critical statement:


El Salvador’s President Nayib Bukele has ordered a mandatory lockdown in prisons holding gang members, imposing inhumane conditions on the inmates, Human Rights Watch said today. He also announced that he was authorizing “the use of lethal force” by security forces for “self-defense and to protect the lives of Salvadorans” even if it is not a measure of last resort, as required by Salvadoran and international law.


Saving lives is a beautiful, human, and necessary goal in El Salvador. Not only in times of COVID-19, but in times of violence, poverty and inequality. But collective punishments, at odds with human dignity, little thought-out and relying on the effect of the mano dura, do not usually give good results.

That criticism was extended to the president's authorization to the security forces to use "lethal force" when they encounter gang members:


Manuel Escalante, deputy director of the Institute of Human Rights of the Central American University (Idhuca), warned that the call to the use of "lethal force" will result in a "bloody backlash.

"It seems that the security forces are acting on the personal will of the president and not subject to the framework of the law," Escalante explained to Efe, adding that Salvadoran legislation requires that the use of force "be proportional, necessary and be suitable".


Bukele and his supporters insist that harsh measures to combat Covid-19 will put his administration on the right side of history. We worry, however, that we are witnessing a testing ground for how far executive power can be stretched—now, and possibly in the near future... Allowing the president’s ongoing extraordinary powers is more dangerous than it is potentially beneficial. It is also unnecessary: emergency public health legislation would be enough to address this crisis.

The editorial board of the Washington Post was blunt:


El Salvador's president, Nayib Bukele, imposed some of the earliest and toughest measures in the Americas to prevent the spread of the novel coronavirus, with some success: As of Friday midday, the nation of 6 million had recorded 424 cases and 10 deaths from covid-19, fewer than most of its Central American neighbors. But recent events suggest the principal interest of the populist president is not protecting Salvadorans from illness; it’s consolidating his personal power at the expense of the country’s fragile democracy. 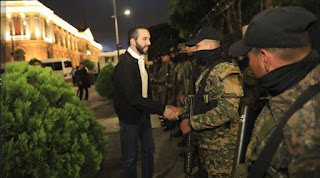 Bukele's response has been dismissive, claiming that human rights defenders do not care for the lives of innocent Salvadorans and that his critics are being financed by sinister forces.


The international support that the gangs have is incredible.

Organizations that keep silent when they see how Salvadorans are being dismembered, cry to the heavens because we take away gang privileges.

We were not mistaken, when we said that the gangs were an international criminal organization.

It is too obvious: They are totally silent in the face of barbaric acts.  But they unleash all their fury if there is an attempt to bring order to penal centers, which were controlled by the gangs for decades.

It is clear who they work for and what the interests of their financiers are.

On May 2 he tweeted


We already know these NGOs are a facade with an agenda, financed by dark powers, who want to see Latin America in chaos. Thank God, their communications and letters are irrelevant in El Salvador.

On April 15, Bukele claimed that the Constitutional Chamber of El Salvador was similarly working in submission to the will of its own financiers, as he vowed not to comply with its limitation on his quarantine measures.

Bukele believes himself immunized from criticism by his high popularity ratings.  He points to the ends of fighting a virus and combating homicides as justifying the means he chooses to employ.

Bukele's dismissals of his critics repeatedly rely on false dichotomies:

Neither of these propositions is true.  Suggesting that there may be a better way to get compliance with a quarantine than punishing whole cities like La Libertad with a military cordon, or enforcing arbitrary detentions, is simply to say the country needs both humane treatment and effective social distancing. As Erika Guevara Rosas of Amnesty International wrote in El Faro, to get compliance with the quarantine the government should address the underlying reasons people need to leave their houses, rather than threaten ever harsher curfews for being on the street.

Similarly, to insist that the government meet the minimum standards of humane treatment of prisoners is never inconsistent with advocacy for the victims of crimes.  The same human rights advocates who decry inhumane treatment of prisoners, like the PDDH, the UCA and Cristosal, also accompany victims in El Salvador much more effectively and with greater compassion than the Ministry of Justice and Public Security ever does. Simply because the gang-killers act with savage, unreasonable violence does not mean the government should act the same way.

In a country where many still bear the physical and psychic wounds of torture at the hands of government forces in the 70's and 80's, opposition to a return to torture of prisoners should be a constant.  In a country which lived through decades of military authoritarian governments, the signs of a new authoritarian leader should be worrying.
COVID-19 Human Rights Nayib Bukele