The Romero murder case returns to a Salvadoran courtroom 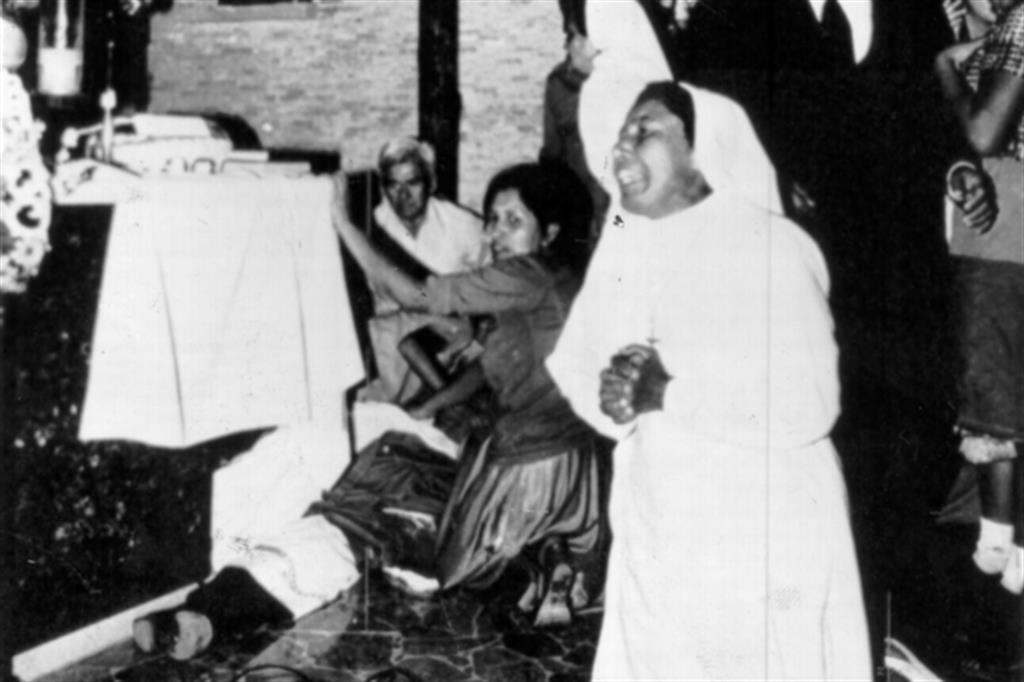 Yesterday, international human rights lawyer Almudena Bernabeu gave a declaration in the criminal proceedings in El Salvador for the 1980 assassination of archbishop Oscar Romero, now a saint of the Roman Catholic church.  The declaration gave the court background about the facts developed in a  US federal court action where Captain Álvaro Rafael Saravia was found liable for Romero's killing.  Saravia has been named as a defendant in the proceeding filed by Salvadoran prosecutors.

From the Guernica Center.


The Guernica Centre for International Justice recently traveled to El Salvador as part of its on-going work supporting local partners in their search for justice, truth, and accountability for crimes against humanity and war crimes committed during the twelve-year civil war. While in El Salvador, Almudena Bernabeu, the executive director of The Guernica Centre, gave a deposition in the Romero case at the Juzgado Cuarto de Instrucción before Judge Rigoberta Chicas. Bernabeu previously worked on the U.S. lawsuit brought by the Center for Justice and Accountability against Captain Álvaro Saravia for his involvement in the assassination of Archbishop Oscar Romero.

After concluding the judicial hearing, Almudena Bernabeu stated: “It is a true honor and a responsibility to be the person that provides testimony that accounts for the effort of a committed legal team in the US civil case related to the assassination of Bishop Romero. It was always an aspiration of all of us working on this case to have the necessary impact in El Salvador”.

The story of the US civil case where a civil judgement was entered against Saravia is found in Matt Eisenbrandt's terrific book, Assassination of a Saint: The Plot to Murder Óscar Romero and the Quest to Bring His Killers to Justice.

Saravia has not surfaced in recent years and has not been brought before the court in El Salvador.  He has previously confessed to his role in the assassination, most notably in an interview he gave to Carlos Dada of El Faro and published in 2010.

Perhaps the bigger goal of the current proceeding against Saravia is to detail the responsibility of all of those involved in the killing of a saint.   Saravia provides many names in his interview with Dada.   His boss Roberto D'Aubuisson died many years ago, but others still walk the streets of San Salvador and Miami.   Prosecutors in El Salvador have never had the proof, or perhaps the courage, to name as a defendant the intellectual authors of Romero's murder, or any one other than Saravia.

March 24 will be the 40th anniversary of the martyrdom of Romero.