What's that smell? It's the water. 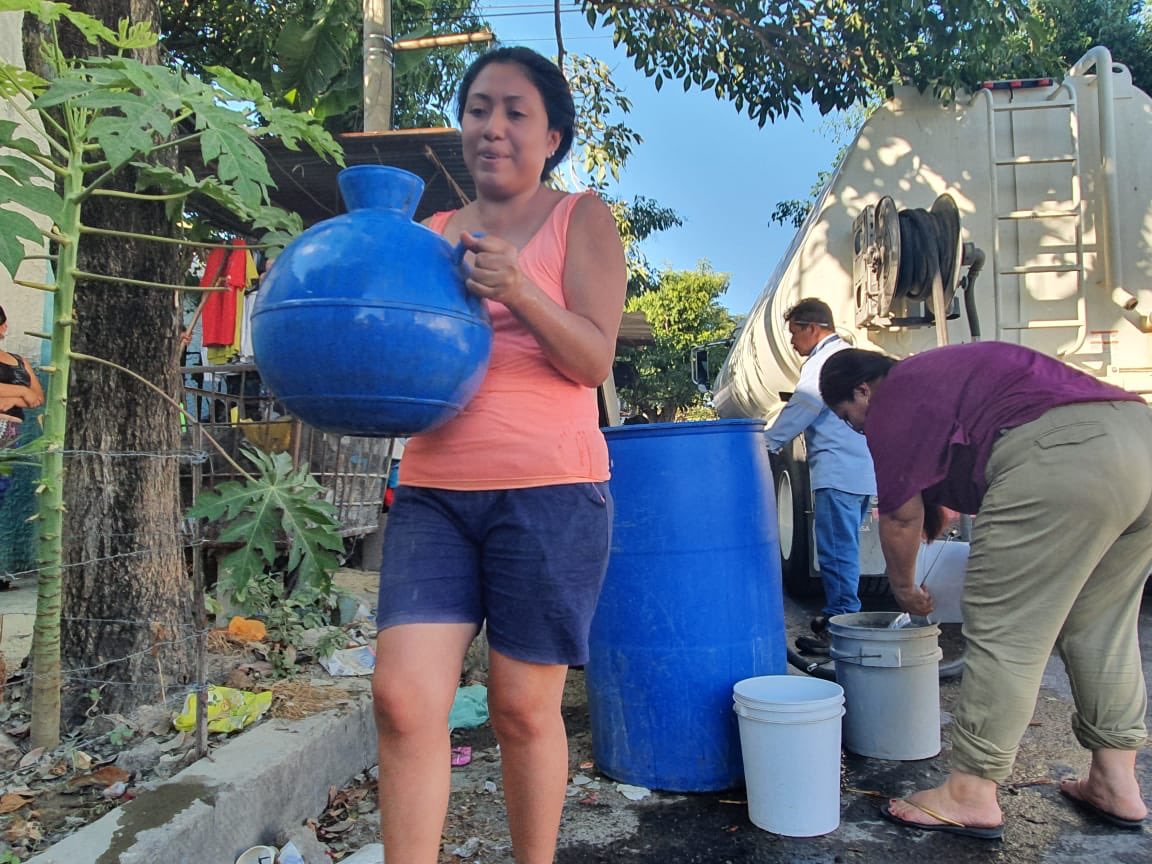 In many municipalities in the department of San Salvador, the drinking water coming out of faucets in recent days has been brown with a foul odor.  Affected communities include parts of Apopa, Ilopango, Soyapango and Santa  Tecla among others.

These communities around San Salvador receive their drinking water from the Las Pavas water purification plant which draws from the Lempa River and is operated by the Salvadoran water authority, ANDA.  The government says the problem relates to an unexpected algae growth in the Lempa.

Today the government rolled out a plan to supply drinking water to affected communities.   Cartons and cartons of bottled water were loaded onto trucks which headed out into the affected areas.  The effort was accompanied by a major publicity campaign, with more than a dozen government ministries tweeting out messages, with countless photos of public officials carrying cartons of bottled water, and lines of trucks heading out of the convention center on routes to deliver the clear liquid.


No answer was given to my tweet asking whether there was a plan to recycle what appears to be tens of thousands of plastic bottles.

Meanwhile the tanks at the Las Pavas plant are being cleaned to rid the water of the impact of the algae.   Divers from the Salvadoran navy have been included in the team working on the task.

Although the government has said the water is still safe to drink, it has also suggested boiling or filtering the water.

Last October, president Nayib Bukele announced a plan to renovate the Las Pavas plant which has not had meaningful preventive maintenance in the years since it was built in 1992.   Bukele stated that engineers had told him the plant was close to collapse and that, if it collapsed, some 1 million people would be left without water for at least three months.

Bukele claimed that no prior government had been willing to address the problems.   In fact, a $78.4 million dollar project to address the plant's problems, with international financing lined up, had already been announced ten months before Bukele's election in 2019.   A progress report from the engineering managers on the project issued the month before Bukele took office is available online.

Meanwhile, there is no indication of movement forward on a general water law which has been stuck in El Salvador's Legislative Assembly for years, and could actually provide for planning and public administration of water resources from the Lempa River watershed to the country's underground aquifers.