Optimism lodged in a president

January 16, 2020
For many years I have followed the public opinion polls conducted by the University Institute of Public Opinion (IUDOP) at the University of Central America.   The polls touch many aspects of how Salvadorans feel about their country, its leaders, and its institutions.   Throughout almost all of that time, Salvadorans have not felt good about the direction their country was headed, except during brief honeymoon periods following the elections of Tony Saca (ARENA) and Mauricio Funes (FMLN)(Saca has now been convicted of, and Funes accused, of looting millions from the country). 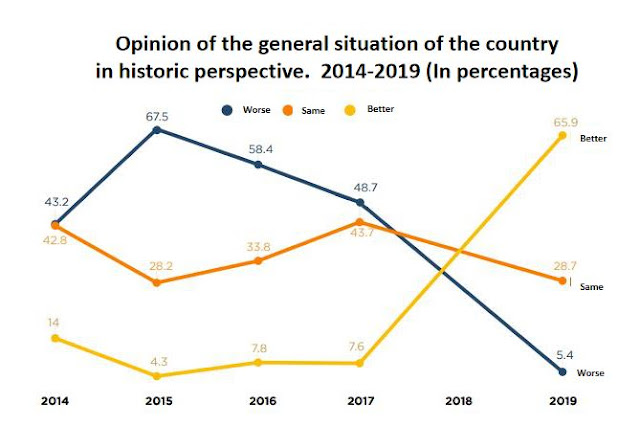 One part of this change in attitude is a changing perception of the security situation in the country.  Today, 69.5% of those polled believe where they live is safe or very safe.   But this also means that almost 30% live in locations they believe are not safe. 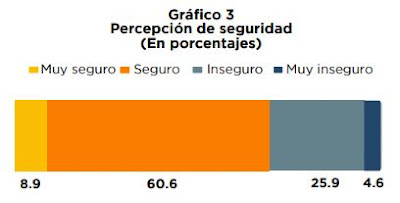 The very high popularity ratings of Nayib Bukele are obviously part of this transformation in public opinion.  Bukele has also managed to transform his personal popularity into a significant change in the population's view of the national government.

The IUDOP asked Salvadorans about the institutions in which they place a lot of trust.   The most recent time this question was asked before now was in 2017.   At that time, the most trusted institutions were the Roman Catholic and evangelical churches with 32.2% and 30.6% of Salvadorans expressing confidence in them.   They were followed by the armed forces at 21.9%, and the central national government was trusted by only 8.4% of the respondents in 2017. 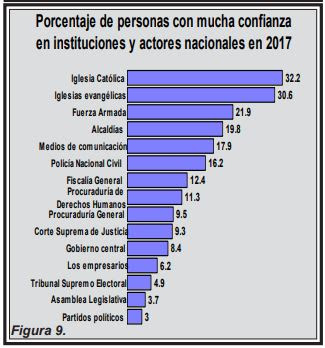 The greatest percentage of confidence was placed in president Bukele himself with 49.4%.  (Respondents were not asked about confidence in Sánchez Cerén in the 2017 poll, but no doubt his figures would have been far lower). 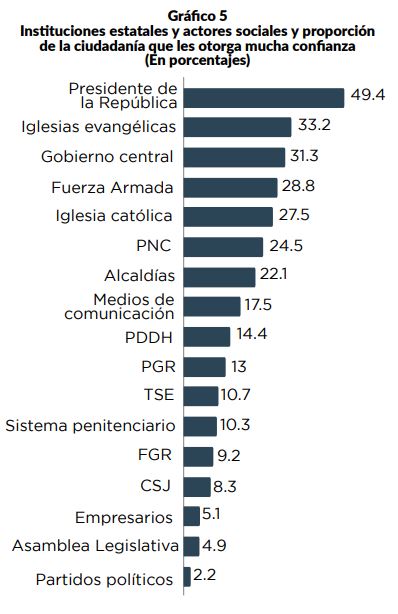 In both 2017 and 2019 (and almost every prior poll over the years) the lowest levels of trust were placed in the political parties and the Legislative Assembly.   It was this wave of distrust of politicians which Bukele rode in his bid for the presidency last year.

Thus Nayib Bukele, aided  by a significant drop in the homicide rate, has managed to generate a real sense of optimism in the country.  It is an optimism I hear as I speak to people in the streets and in their houses in different parts of the country.  Whether that optimism is warranted or not, time will tell.  But optimism in itself is a positive force in the progress of the country.   People who feel better about their future are more likely to invest in themselves and their communities.  They are less likely to migrate.  They are more likely to cooperate with government initiatives.

Optimism and high expectations can be a two-edged sword, however.   Optimism in the short term can be generated by public relations campaigns and bold promises.   Eventually one needs to deliver on the promises.  Otherwise, the disaffection with politicians will come to land on the current government, and optimism will turn to cynicism.