November 21, 2019
El Salvador is a country exposed to a myriad of possible natural disasters, from volcanoes to hurricanes, flooding, earthquakes, and tsunamis.   During November, numerous small earthquakes have been shaking the Central American nation.

There were at least 160 earthquakes between November 12 and November 21 centered in the greater San Salvador area, of which 32 were strong enough to be felt by those of us living here.  Quakes ranged in size between 2.0 and 3.9 on the richter scale.  In addition, there have been regular quakes off the coastline of El Salvador, Guatemala and Mexico which can be felt in San Salvador.  As I was typing this post, another quake shook the building where we live.


The origin of this activity is attributed to the activation of the geological fault system in the AMSS and, it should be noted that, due to the seismic potential of these faults, the occurrence of major earthquakes or the activation of nearby faults is not ruled out.

When I feel an earthquake, I almost immediately open Twitter.  The online pattern is almost always the same: various tweets of "fuerte temblor!" (strong shake) followed by a tweet from MARN with preliminary and final data with size and location of the quake.  That tweet is re-tweeted by multiple media organizations and others.

If the quake is larger, there usually follow tweets from various government agencies reminding people of phone numbers for calls for assistance and announcing that civil authorities are prepared to respond to any need. 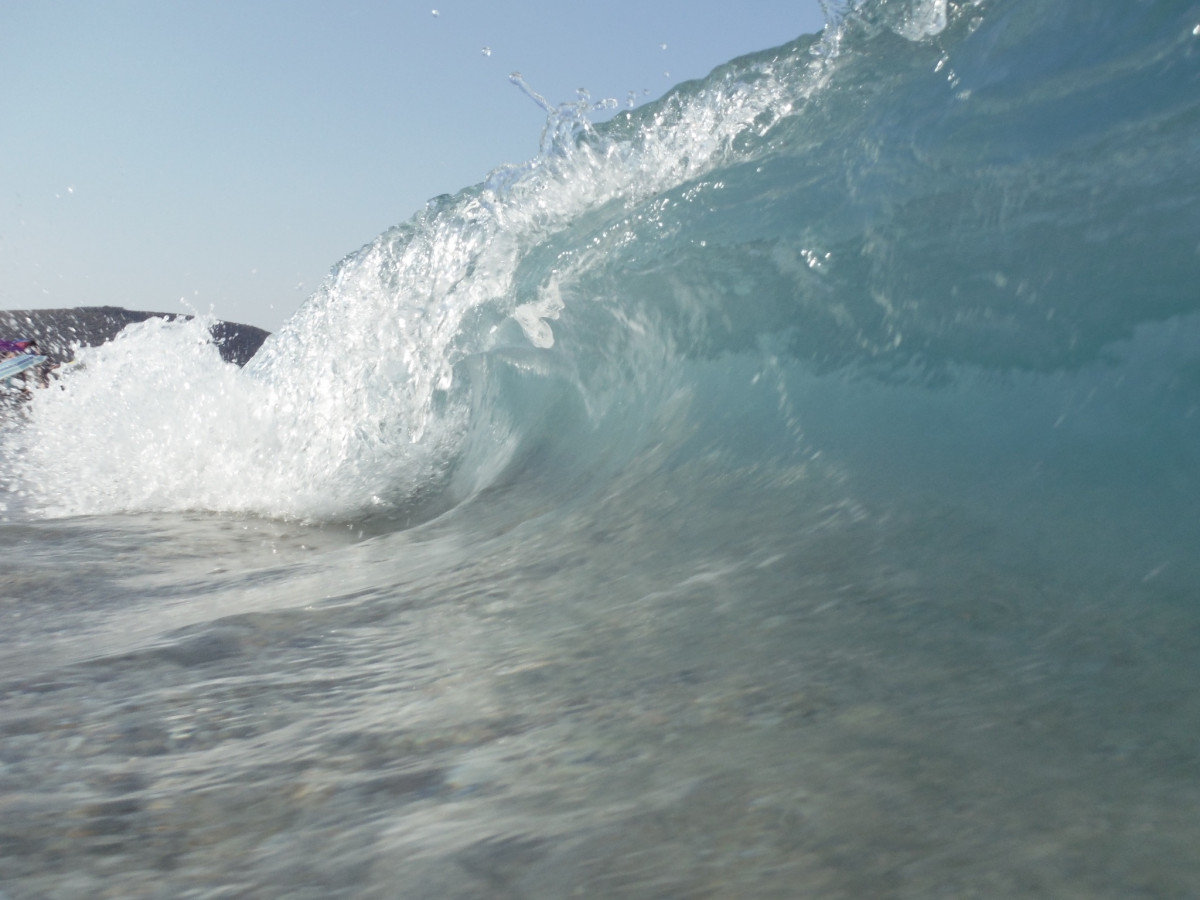 Thankfully, in this recent batch of earthquakes, no significant damage or injuries were reported, just some occasional jangled nerves.   El Salvador's last earthquake disasters of large magnitude took place in January and February 2001, which left 1,259 dead and 1.6 million homeless.  The disaster led the US to grant Temporary Protected Status to more than 200,000 undocumented Salvadorans in the US, a status which persists to this date.


Earthquakes can also produce tsunamis, and El Salvador has a long Pacific coast line with miles of low-lying communities which could be affected by a giant wave.   The current earthquakes produced no tsunamis, but there was a tsunami false alarm caused by the US Embassy.

On November 11, the US Embassy in El Salvador tweeted: 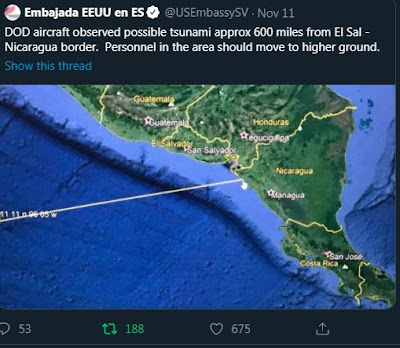 The Embassy also sent out a message through its alert system notifying US citizens to move to higher ground.   President Nayib Bukele promptly retweeted the US Embassy's warning to all of his online followers.

Yet in the moments and minutes that followed, there was no confirmation from the professional agencies whose job is to monitor for earthquakes and tsunamis.   MARN reported there was no evidence of different wave activity.  No earthquake activity had been reported around the Pacific.  Time passed and there was never a tsunami, only a big virtual wave of concern in social media generated by a tweet by someone in the embassy.

Lori Dengler, an emeritus professor of geology at Humboldt State University and an expert in tsunami and earthquake hazards, wrote:


Our modern tsunami warning system in the Pacific is the result of more than 70 years of development and refinement. It balances the requirement for rapid information with the need for accuracy and avoiding unnecessary alarms. Persons responsible for issuing warnings in member IOC countries receive training and guidance on the science of tsunamis, how the system works and what to expect when large earthquakes occur. Any organization, including the U.S. embassy, that is not part of the official system won’t understand how it works. They don’t have the necessary training to recognize what is important.

It’s hard to gauge what harm may have been done. The people who responded to this alert may be less inclined to do so the next time when a real tsunami threat is looming. I am appalled that U.S. Embassy staff wouldn’t first ask a few questions and call PTWC [Pacific Tsunami Warning Center] to get some expert advice. Bottom line — it illustrates our extreme vulnerability to social messaging, instant messaging and tweets in purveying misinformation in the 21st century. And the next time someone could get hurt.

Hopefully the Embassy will leave things to the professionals next time.