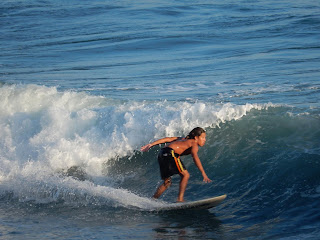 Salvadoran government officials launched an initiative named "Surf City" Friday in an event along the Pacific shore where El Salvador gets prime waves for surfers.  Throughout his candidacy and now as president, Nayib Bukele has been promoting a vision of surfing as an engine for tourism in the country.  As he nears the 100th day of his presidency, his government ministers rolled out this plan for tourism development along the coast.

The Salvadoran government today designated 21 kilometers of the Pacific coastline as the "Surf City National Tourism Zone."  The zone stretches from Deininger Park in La Paz department to El Zonte Beach in La Libertad department.  The plan includes creating conditions for businesses to operate and grow, access to financing, technical assistance, and development of human resources.  The Ministry of Tourism promised  public and private efforts for tourism promotion, the attraction of investment, site management and sustainability.

The government shared this video of its vision of the surfing-led tourism development.

A few months ago, a delegation from California came to El Salvador, headed by its governor Gavin Newsom:


When Newsom met with El Salvador’s President-Elect Nayib Bukele for a discussion closed to press, both men said afterward they discussed surfing and building economic ties.

“We have the best surfing beaches in the world and they have the other ones,” Bukele said. “We want to work together.”

Newsom described his meetings about economic opportunity in El Salvador, where participants also discussed other tourist attractions in the country, including its mountain forests and Mayan ruins.

President Bukele and other officials assert they are challenged in tourism development by the current US State Department Travel Advisory for El Salvador which grades El Salvador at "Level 3 -- Reconsider Travel." The advisory has an opening paragraph likely to make many tourists have second thoughts:


Reconsider travel to El Salvador due to crime.

Violent crime, such as murder, assault, rape, and armed robbery, is common. Gang activity, such as extortion, violent street crime, and narcotics and arms trafficking, is widespread. Local police may lack the resources to respond effectively to serious criminal incidents.

Bukele would like the State Department to lower the advisory level to reflect the past few months reduction in crime and/or to segment that advisory to apply only to those communities where there are elevated levels of gang violence and crime.

Done well, Surf City could provide a kind of development which El Salvador needs, bringing jobs and foreign dollars into the local economy.  The key will be managing such development, to minimize negative environmental impacts and ensuring that the benefits of development are shared not just with a group of wealthy investors, but with a much broader population. 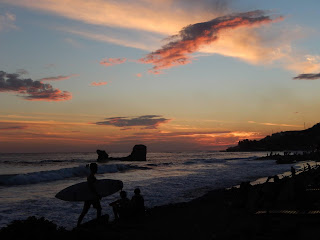