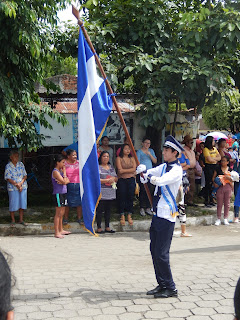 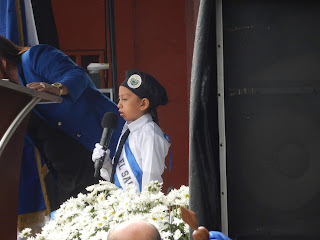 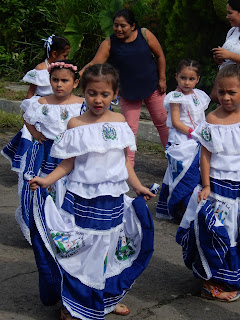 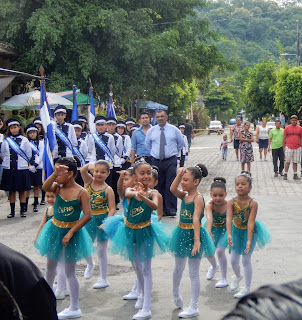 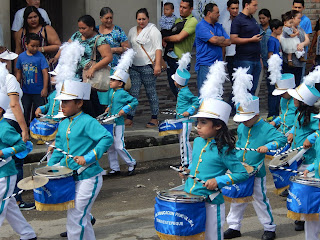 In the capital city of San Salvador, there was a grand military parade, presided over by Nayib Bukele. 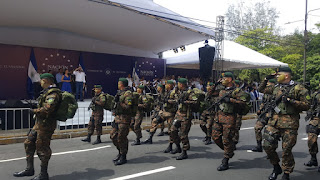 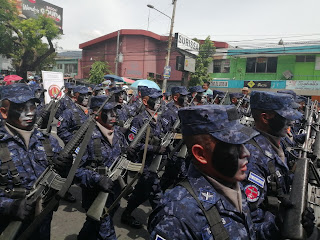 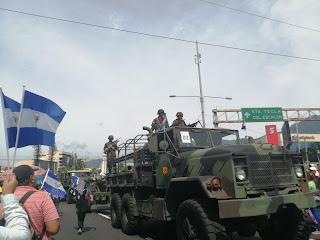 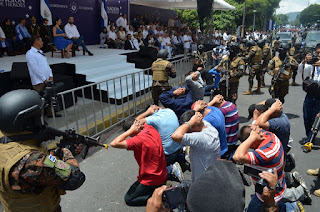 This final photo of troops carrying out a mock "anti-terrorist" operation was the subject of many critics on social media who objected to a display of tactics frequently abused by the military, and at a time when many are protesting the growing militarization of public security in the country.  The scene also hearkened back to images of government repression during conflict years of the 70s and 80s.

Military displays on Independence Day are nothing new in El Salvador.  Troops with armored vehicles, automatic weapons and helicopter flyovers were part of Independence Day parades under presidents Mauricio Funes and  Salvador Sanchez Ceren and their predecessors.  The parade in San Salvador was not dissimilar to this year's military parade in Mexico City.


El Salvador, like the rest of Central American countries, had a peaceful independence [from Spain]. Those who championed her were intellectuals, professionals (mostly priests and men of law) and those who at that time could be understood as entrepreneurs. There were no military men. These came later and mounted useless conflicts, coups, corruption, dictatorships and political instability. The question immediately arises: does it make sense that a peaceful and civil independence be celebrated with a military parade, extolling force as a resource to defend the state?...

Are military parades the best way to build a homeland? Feeling pride in the civilians who promoted dignified independence is more important than the parades of an army that during the civil war lost its honor by massacring its own people and continues to refuse to account for its crimes.

As all will attest, El Salvador is a violent country, where the development of a culture of peace should be the goal of all segments of society.   Celebrating force and weapons of violence sends the opposite message.

Greg said…
It may also be said that the military participating in the country's Independence Day activities, under the review of the president, demonstrates the new president's well received control and influence over the military.

And given his ratings in the polls such a significant influence is clearly wanted and watched for by the Salvadoran people.

Given the country under its previous presidents was well on its way to becoming a kleptocracy the renewed use of the military and the upgrading of the law enforcement capabilities to address organized crime in El Salvador, both internal and external, is understandable.

Finally, it was after all Independence Day and it is a nation's military whose role it is to preserve Independence in a healthy society. The parade allows the people to see its military on its best behavior and the military to be reminded of who it is they work for.