May 20, 2019
Corruption was on voters' minds in El Salvador when they rejected the traditional political parties  in El Salvador and elected Nayib Bukele president, whose campaign included the slogan "there's enough money when nobody steals."  Voters responded favorably to Bukele's calls to throw out thieves in government despite the fact that Bukele chose to run on the ticket of the GANA party, one of whose founders was Tony Saca, the former president who is now in prison for corruption, a party led by Guillermo Gallegos who also has a cloud of corruption allegations hanging over him.

There is much work to be done to reduce endemic corruption in El Salvador.  Here are some of the more recent developments (mostly setbacks) in El Salvador's battle with corrupt officials.

El Salvador's Supreme Judicial Court decided to close without action 79 cases of potential corruption by public officials, including two former presidents and the outgoing vice president, because more than 10 years had passed since those officials held the public office in question.  A corrupt official who left office before 2009, no longer has to worry about prosecution.  Potentially corrupt officials are benefiting from very slow investigations by the Probidad (Integrity) section of the Court, which investigates whether public officials profited illicitly from their public office.   For most of its life, Probidad has been hampered by a lack of resources and institutional support which meant it never completed many investigations and/or the Court never acted on the investigations.

El Salvador's Supreme Judicial Court has also recently absolved Guillermo Gallegos, the leader of the GANA party and former president of the National Assembly of "illicit enrichment."   Probidad  had originally indicated with Gallegos had more than $3 million in unexplained income during a period of public service with more than 100 irregularities in his reporting.  The full Supreme Judicial Court, however, which must then act on Probidad investigations, decided to absolve Gallegos of any claims.

One of the most important cases of the former Attorney General, Douglas Meléndez, was the corruption prosecution of his predecessor Luis Martinez, along with fugitive businessman Enrique Rais started in 2015.   The allegations brought by Meléndez pointed to Martinez making corrupt bargains with Rais and other persons being investigated.  As Meléndez finished his term, those legal proceedings, known as the Corruptela case, were still pending. 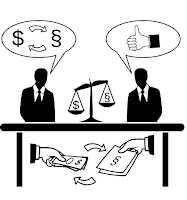 Actions by the new Attorney General Raul Melara have raised concerns about how that case will now be prosecuted.  During May Melara transferred 13 experienced prosecutors out of the division that is handling the Corruptela case.   Melara has asserted that these transfers are part of an internal investigation required because certain witnesses in the Corruptela case from within the Attorney General's office have indicated that they were induced or coerced into giving improper testimony on the case.   However, groups pushing for anti-corruption efforts have raised doubts about this explanation.

Anti-corruption advocates are also troubled by Melara's appointment of prosecutor Allan Hernández as one of his top deputies in the department.  Hernández has been implicated in the Coruptela case in connection with travelling to the Bahamas and Barbados on planes owned by Enrique Rais, including carrying documents used to benefit Rais.

José María Tojeira, director of IDHUCA, expressed his concern about the future of the Corruptela prosecutions:


There is no doubt that the Corruptela Case is important and interests the entire country. Corruption has been a plague too widespread in our land. And the case mentioned, along with previous ones, showed the will to initiate a process against corruption, for many years desired by the population. But at present the internal divisions in the Office of the Attorney General have raised a series of shadows around the handling of justice facing networks of organized crime dedicated to managing favors and funds of the State. There are even now doubts about the suitability of the current Attorney General to fight against corruption.(translation mine) 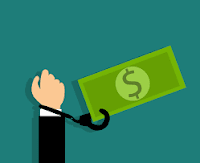 Former president Tony Saca (2004-2009) has entered into a second plea bargain related to corruption.  In this most recent deal, Saca admits to bribing a court official to leak information relating to proceedings to recover illicit enrichment.  Under the plea bargain, Saca would have two years added to his current sentence.   If Saca had not pled guilty he could have faced an additional 6-10 years for the bribery accusations.

Meanwhile Saca's wife, Ana Ligia de Saca, recently changed her mind about a plea bargain when she learned she would need to return $17 million of proceeds from her husband's corruption.  From the AP:


A former El Salvador first lady has pulled out of a deal with prosecutors to plead guilty to corruption charges after they demanded she return $17.3 million in allegedly ill-gotten gains.

Ana Ligia de Saca’s deal would have given her an abbreviated legal process and community service instead of three years in prison, in exchange for confessing her role in laundering $25 million in public money.

El Salvador ranked 105th out of 180 countries in the most recent Corruption Perceptions Index of Transparency International (TI) with a score of 35 out of a possible 100 (100 being totally free of corruption).  TI discussed the results of El Salvador and other Latin American countries:


In these three countries [El Salvador, Ecuador and Argentina], the justice sectors are advancing investigations and prosecutions on corruption cases against high profile individuals, including some former presidents. However, these countries also share a common challenge: a need to continue strengthening the independence of their judiciary systems to ensure impartial prosecutions, and that those found guilty of corruption receive appropriate punishment.

While freedom of the media and access to information are more robust in these countries, they could be stronger. These freedoms and liberties are essential for curbing corruption and contribute to a more aware and involved society that includes minorities and vulnerable groups, and that is able to demand accountability from those in power.

A prominent part of Bukele's campaign promises for fighting corruption was his promise to create an International Commission on Corruption in El Salvador ("CICIES" for its initials in Spanish).  This commission would be modeled on a similar commission operating for years in Guatemala which succeeded in taking down numerous corrupt high officials. On Bukele's most recent trip to Washington, D.C., chairman of the US House Foreign Affairs Committee Eliot Engel expressed his support for Bukele's CICIES proposal:

Bukele's calls for a CICIES will depend on support from the National Assembly and the Attorney General whom the legislators elected.  It doesn't appear that Bukele has that support yet, and it may require significant changes in the National Assembly in elections in 2021 before a CICIES effort gets off the ground in El Salvador.

In the meantime, the Salvadoran courts continue to show that slow justice is often no justice.