February 26, 2019
Migration from El Salvador is usually written about in terms of the individual stories of families choosing to flee violence or economic hardship.   But it is also important to look at what available data might tell us about trends in the number of people leaving, as well as the number of people being returned through deportation back to the country.

Perhaps the most important trend in recent data is an upturn in the number of Salvadorans leaving the country, as measured by the number taken into custody after crossing the US border.  After declining significantly in 2017 and 2018, apprehensions of children traveling alone or families traveling with children have spiked up in recent months.   This chart taken from US Customs and Border Patrol data shows the trends: 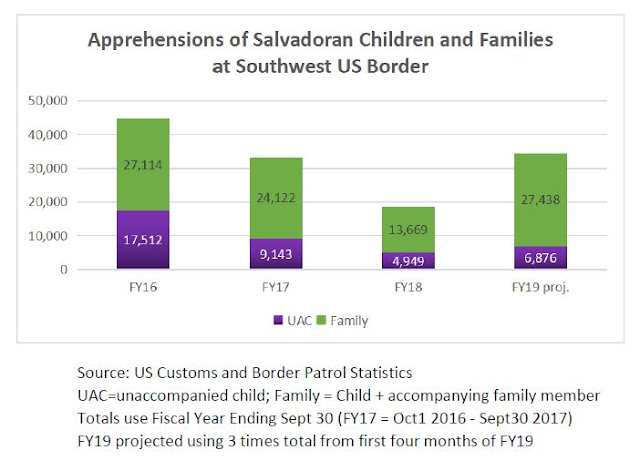 The reasons for this upturn in migration are quite uncertain.   There might be some impact created by Salvadorans leaving as part of caravans, but the overall number of Salvadorans travelling in caravans is still just a small part of the overall total:


Note that many of the migrants in those caravans may not have even reached the US border yet, and some may have chosen to seek asylum and stay in Mexico.

When it comes to deportations, contrary to what some might expect, deportations back to El Salvador from the US under the Trump administration continue at levels significantly below the levels in the last two years of the Obama administration.   Deportations under Trump are running around 16,000 Salvadorans per year compared to 22-24,000 per year during 2015 and 2016.   This is a function of delays in the immigration courts, but also of the declining number of Salvadorans who entered and were apprehended during 2017 and 2018 and were quickly deported.

The following chart from statistics of the Salvadoran government shows the number of returnees to El Salvador from Mexico and from the US.   Returnees from Mexico are almost entirely people who were apprehended by Mexican authorities on the migrants' path north towards the US border.   Returnees from the US represent both people apprehended as they cross the border as well as people who may have lived in the US for years or decades and were rounded up by ICE. 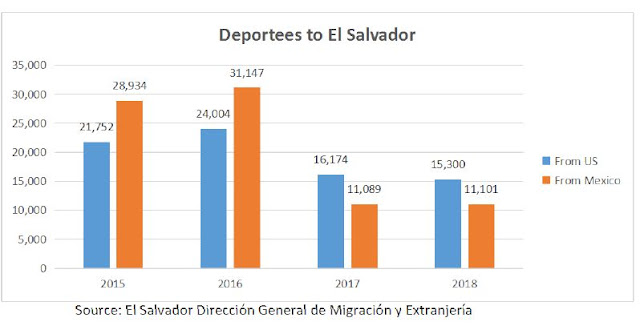 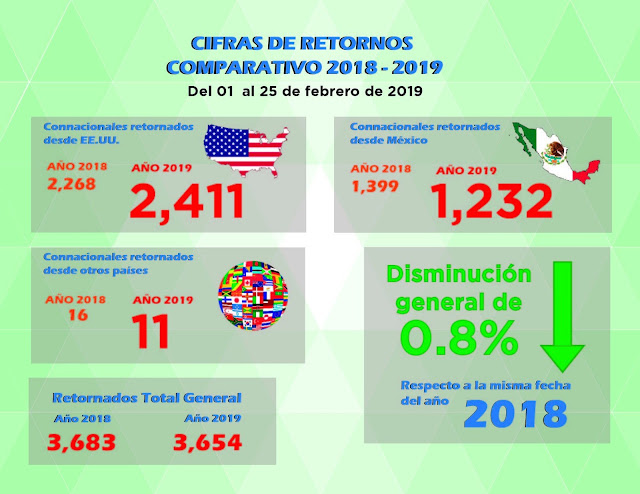 The number of deportations in recent years has run well below the the number of Salvadorans crossing into the US even though there are 155,274 pending immigration court cases to remove Salvadorans from the US as of January 2019.

Marshall Brown said…
But still, there are a lot of immigrants living in the US came from Mexico.
https://www.immigrantdefense.com/
6:12 AM