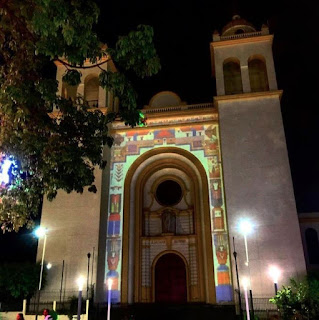 Fernando Llort's famous mural on the facade of the San Salvador cathedral returned virtually at the end of this year in which the Salvadoran painter passed away.    Lovers of the mural arranged to have it projected on the plain white facade of the cathedral, still blank and featureless seven years after the archdiocese ripped the mural down.

No satisfying explanation for the decision to remove the mural has ever been given.   Today the primary external adornment of the cathedral is gold colored lighting along the roof line and bell towers which can be seen at night.

You can watch a Facebook video of the image-mapping of the mural to the cathedral facade here. 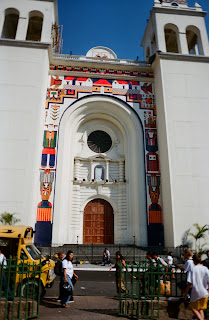 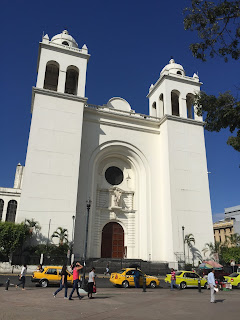