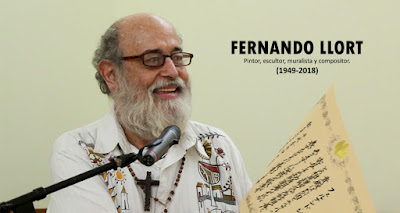 When Fernando Llort died on August 11 at the age of 69, El Salvador lost a beloved artist, a promoter of peace, and an inspiration to many.   His paintings are in the collections of museums around the world, but Llort's designs can also be found on everything from ceramics to beach towels to wooden crafts, and his style overflows in gift shops throughout the country.

To talk about Fernando LLort is to talk about the image of a country, an artist who is the point of reference for the iconography of El Salvador, the smallest country in America but the one who has seen one of the biggest, most amazing, cultural phenomenon of Latin America, started by a dream Fernando had when he was only 23 and he couldn't had possibly imagined what it would become.

As his website describes, the iconic folk-art of El Salvador which Llort nourished had its start in La Palma, Chalatenango:


Walking through the streets of La Palma, Fernando found a kid rubbing a little seed against the ground, and discovered that it had a white surface with a brown frame, "a framed painting" he thought, and he painted it with very small and colourful drawings.

That episode lead to the creation of the first workshop in La Palma, it was called "La Semilla de Dios" (The seed of God), in reference to the seed that started it all. There, Fernando would start teaching the people from the town to draw and paint; an artisan movement was born, and La Palma went from being a mainly agricultural town, to one driven by art. Fernando's dream was now a reality and his idea would become the main source of income for a lot of families in La Palma, and would also transform the town into one of the most touristic spots in El Salvador

Throughout his life, Llort's work was a celebration of the daily life of the Salvadoran people.

You can read an extended interview with Llort at the website Afflicted With Hope. See a variety of his work at this Pinterest page.

A sampling of some of Llort's work: 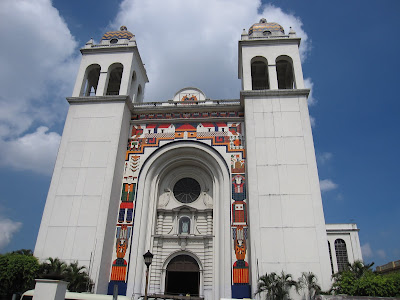 The mural on the facade of the Metropolitan Cathedral of San Salvador prior to its destruction by church authorities in 2011. 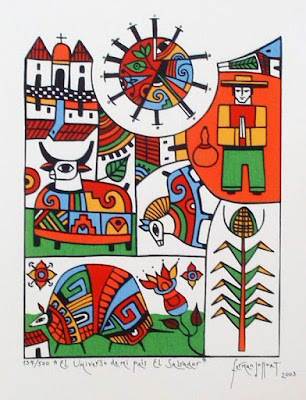 Serigraph -- The Universe of my country El Salvador 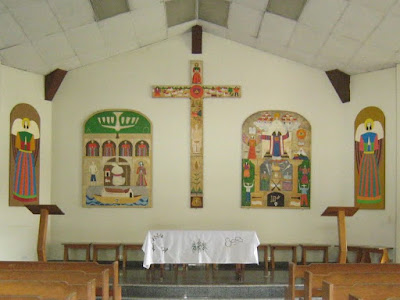 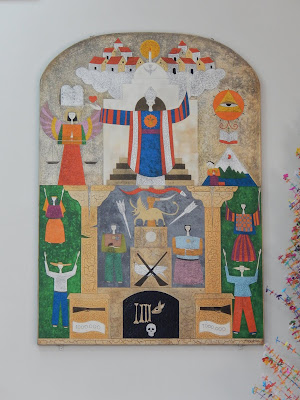 One of the panels in the UCA chapel 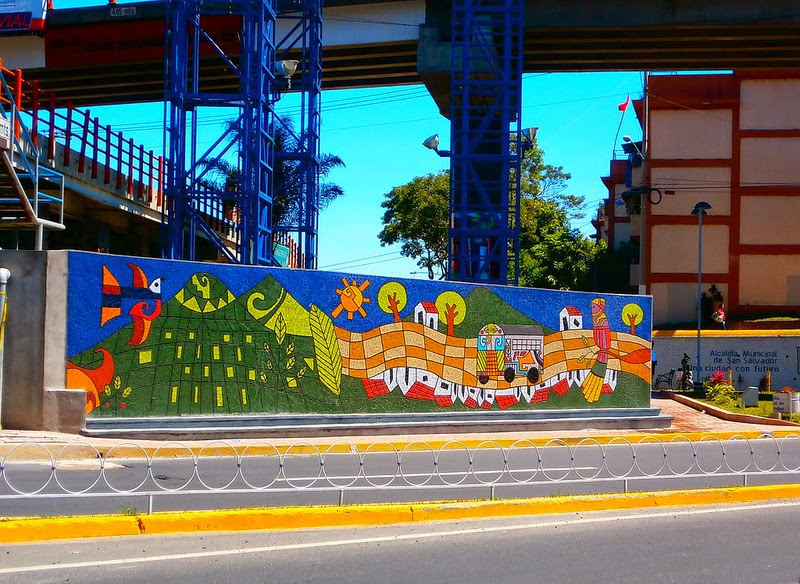 Mural, part of "Fraternal Hug" an installation near monument to
Hermano Lejano on southern edge of  San Salvador 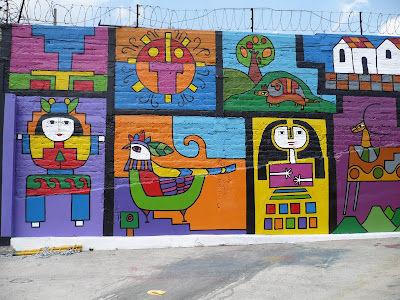 Wall mural outside the Arbol de Dios art gallery where Llort's work is exhibited and sold.