The battle over water legislation in El Salvador

June 15, 2018
The month of June has seen a surge in the conflict over the water crisis in El Salvador and what steps are necessary to solve it. This dispute has persisted without resolution for many years in El Salvador, but recent changes in power in El Salvador may be giving business interests an opportunity to enact their favored legislation.

Four days after the June 1 start of a new National Assembly dominated by parties of the right, the Assembly's Commission on the Environment and Climate Change announced that it would proceed with discussions of the “Ley Integral de Agua"  (Comprehensive Water Law).  The Commission made no mention of a proposed "General Water Law" which has been advocated for years by environmental groups, the Catholic church and the University of Central America.  After the conservative coalition of parties achieved a super majority in the March 4, 2018 elections, the prospect that they could pass the "Ley Integral" is now very real.  The Ley Integral is opposed by the current FMLN government, but the left wing party has lost the ability by itself to block the law.

Environmental and human rights groups, universities and churches have been mobilizing to try to prevent the passage of the Ley Integral, claiming that the law is part of a scheme to privatize water resources in El Salvador,  On Thursday, student protesters along with the rector and vice-rector of the University of El Salvador (UES), demonstrated at the gates of El Salvador's National Assembly against the Ley Integral.  Shouting protesters were met by security guards who deployed pepper spray, which in turn prompted a rock-throwing response from some of the gathered protesters.


Video from ContraPuntoTV  shows the point where security guards begin to pepper spray the protesters and the protest dissolves into rock-throwing by masked individuals towards the entrance of the National Assembly.

Later, the President of the National Assembly, Norman Quijano, labelled the protesters as "terrorists" condemning the students and administrators of the UES for acts of vandalism which Quijano claimed put in danger the lives of those who work and visit the National Assembly.

The Social Initiative for Democracy and the Citizen Network for Transparency and Democracy issued a statement condemning the actions of security forces and demanding that governmental authorities respect the exercise of constitutional rights of free expression, association and mobilization in defense of citizens' human rights. 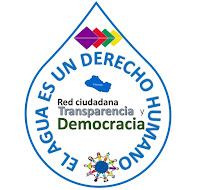 This choice by Quijano and ARENA to label the water law protesters as "terrorists" harkens back to similar protests 11 years ago this month in the city of Suchitoto.    Protesters massed in the streets to protest what they viewed as an attempt to privatize the water system of that city.   Rock-throwing ensued. Certain leaders of civil society organizations were arrested and charged by the ARENA led government under El Salvador's anti-terrorism law.   (Those charges were ultimately dismissed).

The influential Roman Catholic bishops in the country issued a statement explained why they reject the Ley Integral in favor of the General Water Law:


A “General Water Law that guarantees this fundamental human right” to water access should be pushed in the lawmaking process, the statement said. It added that leaving the allocation of water to private entities is “absolutely anti-democratic.”...

“It is up to the State to be the legitimate guarantor of the right to water for all,” the El Salvador bishops said in their letter. Therefore, the committee that governs such a guarantee must have equal and strong citizen representation.

The people should also exercise their right to be heard on this topic, the bishops said, for “an unjust law that violates the rights of the people can not be admitted.”

“As pastors,” they said, “we are witnesses of the clamor of our people, who ask for clean water in all homes and who could not pay the costs if such vital liquid became a commodity that is subject to the laws of the market.”

Much of the concern focuses on who will control decisions over the allocation and management of El Salvador's water resources.   Under the proposed Ley Integral, those decisions will be made by a five member board, two of the members will be designated by ANEP, the national association of private business, two by an association of municipal governments, and one by the president.   Since the pro-business party ARENA controls a majority of municipal governments, civil society groups believe that the governing water board will be dominated by the interests of private industry, to the detriment of the poor.   Opponents to the Ley Integral advocate a governmental body making decisions over water, with a focus on water as a human right and giving priority to basic human needs.

This dispute is made critical by the fact that El Salvador is in the midst of a profound water crisis, arising from decades of neglect and abuse.  Surface waters in rivers and lakes are contaminated with pollution in much of the watershed that covers El Salvador.   The cost of treating contaminated surface water to make it drinkable is quite high.   As a result, much of the potable water used in the country must come from wells which tap the country's underground aquifers.

The country's aquifers, however, are being drained faster than they are being replenished.   The rain water which falls on the surface is not making its way into the aquifers, but instead is running off into rivers and out into the ocean.   Water runs off instead of soaking into the ground because of deforestation, intensive agriculture in sugar cane zones, and because of increased pavement which comes with growing urbanization.  In addition, there is increasing demand for water from industry and from residential areas hooked into water systems supported by wells.

Desperately needed is legislation and government action to comprehensively address the problem.  The debate will determine whose interests will receive priority when it comes to allocating the precious liquid.  The church and civil society organizations denounce the role private industry has had in the creation and exacerbation of the country's water crisis. San Salvador's archbishop was quoted in America magazine stating:


“Water is monopolized and contaminated by industries,” Archbishop Escobar Alas says. “There isn’t a law that guarantees the access to water for the poor, the people, the multitudes, but there is total freedom for businesses.”

The struggle to stop passage of the Ley Integral will be a real test of the power of civil society groups including the Catholic church.   Will conservative legislators pay any attention to these protests?   Can civil society groups show that legislators and political parties who support such measures will face adverse consequences in future elections?   At the moment, I predict that the conservative parties' votes for the Ley Integral have already been bought and paid for.