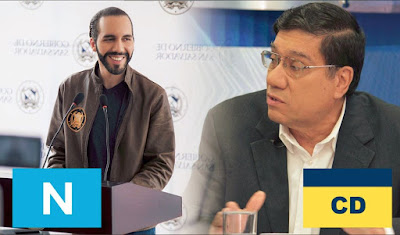 El Salvador's most popular politician, Nayib Bukele, has found his path to be on the 2019 presidential ballot in El Salvador.   Bukele has announced that his (not yet officially recognized) political party Nuevas Ideas has made an alliance with the party Cambio Democrático (CD) -- Democratic Change.  That alliance will allow him to be on the presidential ballot endorsed by CD even if his opponents had blocked Nuevas Ideas from contending in the election.

Nuevas Ideas had a real obstacle in its path to getting Bukele on the ballot.   The electoral process established by the Law of Political Parties and administered by the Supreme Electoral Tribunal ("TSE") required that political parties establish a process for internal elections to choose a presidential nominee by April 6, 2018.   Nuevas Ideas could not meet this date because it has not yet been officially recognized as a political party.   Although Nuevas Ideas did establish a process, it did so before having the possibly necessary legal recognition.

Bukele went to his favorite medium, Facebook Live, Thursday night to make the announcement.   Bukele described the growth of his "movement" culminating in a successful campaign to gather 200,000 signatures supporting the enrollment of Nuevas Ideas as an officially recognized political party in the country.   Bukele complained that the TSE is delaying the process of reviewing those signatures and recognizing his new party.  He asserted that the TSE had refused to answer numerous written requests.

Finally, Bukele announced that he had made the strategic alliance with CD.   CD describes itself as a party of the democratic left..   It has a single deputy in El Salvador's National Assembly --    Juan Jose Martel.  CD had established its nomination process prior to April 6, 2018 and has no apparent legal impediment to choosing a presidential candidate.   Bukele's announcement on Thursday came on the last date under CD's procedures for a candidate to place himself on the CD internal ballot.

At a press conference this morning, CD issued a press release including the statement:


We have had conversations regarding the presidential candidacy which have taken place in an atmosphere of respect, cordiality, reasonableness and based exclusively on the interests of the country.  Such discussions with Mr. Bukele have led as a result to a congruence of ideas, vision for the country, political design, and solutions to the grave structural problems of the country.

The seven months left before El Salvador's February 3 presidential election should prove to be eventful.   The leading candidates as of today are Bukele and Carlos Calleja of ARENA.    Hugo Martinez of the FMLN probably has no chance of winning, but he could draw enough votes to force a second round of the election between Bukele and Calleja.
2009 Elections Nayib Bukele