May 07, 2018
A seismic swarm of small to medium sized earthquakes is currently rattling southeastern El Salvador. The quakes are centered along the southern edge of the border between the departments of San Miguel and La Union.  Between 6:00 PM Saturday and 8:00 AM Monday morning there have been 484 quakes, of which 75 were strong enough to be felt according to El Salvador's environment ministry (MARN).   The strongest quake registered 5.6 on the Richter scale.


A swarm of earthquakes shook southern El Salvador on Sunday, damaging nearly 200 homes and touching off small landslides, but there were no reports of serious injuries or deaths.

The U.S. Geological Survey said at least nine quakes of magnitude 4.3 or greater struck the region beginning in the morning, including three of magnitude 5.2 to 5.6.

Civil defense director Jorge Melendez said at a news conference that 11 homes were destroyed and considerable damage was done to 180 more. Most of the structures affected were made of bahareque, a material composed of cane or sticks mixed with mud and straw.

More than 50 schools in the area had classes suspended for Monday as a precaution, and civil protection authorities placed the affected communities under an orange alert.

Seismic swarms are not uncommon in El Salvador and do not necessarily precede a large earthquake.  MARN seismologists indicate that the current swarm is the result of the activation of certain faults running through the area.   There is no prediction when the swarm will come to an end. While it lasts, the repeated shaking of the earth is highly unsettling to all those living in the zone. 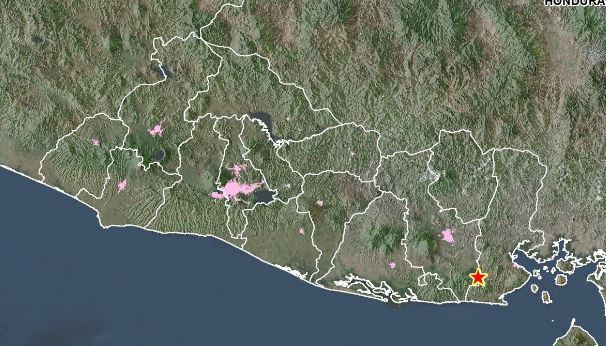