April 27, 2018
A real estate developer in El Salvador has spent almost nine months bulldozing and erecting houses on top of an important archaeological site in the department of Sonsonate.   The builder ignored multiple orders by government authorities to stop its work, and the construction ceased only two weeks ago when a court order was finally being enforced.

The archaeological site is called Tacuscalco, in the municipality of Nahuilingo in southwestern El Salvador.  Tacuscalco was the location of a pre-Colombian population of the Maya, Nahuat and Pipil people.  There is evidence of inhabitants at the site for more than 2500 years, giving the site significance for understanding the history of the original peoples of the region.  The site features in the history of the Spanish conquest of El Salvador, and is mentioned in the letters of conquistador Pedro Alvarado as the place where he met the Pipil in a bloody battle.  His defeat of the Pipil there resulted in the conquering of the indigenous peoples of the country.  The conquest of Tacuscalco is also mentioned in the Lienzo de Tlaxcala fabric pictoral history. 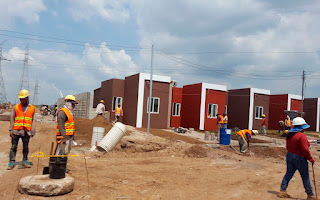 Construction on the site began in the fall of 2017.   The central civic and monumental parts of Tacuscalco had been named a protected cultural site in 1997, and the Acropolis development is on an adjoining parcel.  Contemporaneous investigations by archaeologists of the Ministry of Culture determined that zones of archaeological significance extended past the existing site onto the land which Fenix sought to develop.   Orders were issued for Fenix not to develop a portion of the site.  The Secretary of Culture issued orders declaring that a part of the planned development must be left as green space because of the archaeological significance of what lies beneath the surface.  Fenix ignored the orders, claiming they were either illegal or that Fenix already had all the permits it needed.   The Environment Ministry (MARN) also issued orders for construction to stop, but was powerless to enforce them.

Additional construction is halted for the time being through a court order, though it may be resumed depending on ongoing legal proceedings.  But this month's court order comes too late to prevent much of the destruction which has already occurred.

Cultural heritage of El Salvador has been lost, crushed under the treads of bulldozers and cement mixers. An inefficient judicial and legal system was unable to stop a rapacious developer.  Construction may now be halted, but the actions of Fenix to build as fast as it could before someone physically stopped its bulldozers were successful.  Fenix will happily take the money of anyone who wants to buy the houses already built.

A video from ContraPunto provide an overview of the dispute and images of the development bulldozing Tacuscaclo.   A photo gallery looks at the site and the protests.