US government files needed to shed light on El Mozote

March 28, 2018
In the trial of El Salvador's former military command for the massacre of the children and others at El Mozote, the military has so far asserted that it can find no documents or files related to that military operation.   It is, of course, ludicrous to believe that there were never any documents related to this multi-day operation conducted by an elite battalion of the Salvadoran armed forces.   However, it is not difficult to believe that the military command may have taken steps to destroy all the relevant documents many years ago. 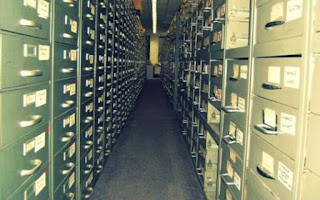 With Salvadoran military records unavailable so far, human rights lawyers are hoping that records from the US military, CIA and State Department might provide additional sources of proof.   The human rights organization Cristosal, which is supporting the victims in their attempt to see justice in the current trial of military commanders, is pushing a campaign of contacts to US officials urging declassification and release of documents related to El Mozote.

Congressman James McGovern (D. Mass.) went to the floor of the US House of Representatives to advocate that the US release its military and intelligence files related to the massacre and that it support the cause of justice for the victims of the massacre.

Those US files might be very relevant to the current trial of the Salvadoran military command for the massacre of the children and others at El Mozote.  Consider what I wrote in 2010 for the 30th anniversary of the massacre:


Beyond simply supporting the Atlacatl, did the US have foreknowledge of the massacre about to occur in Morazan? Throughout the civil war, US had military advisers in El Salvador. In his 1993 New Yorker article, Mark Danner raised the possibility that US advisers might have been on the Atlacatl's excursion into Morazan:

How had the Milgroup [ the Military Advisory Group at the US Embassy] officers heard so quickly that “something had happened” in Morazán? Although the adviser believes it was the guerrillas who got word to the Embassy, a number of highly placed Salvadorans, including one prominent politician of the time who had many friends among senior officers, claim that two American advisers were actually observing the operation from the base camp at Osicala. On its face, the charge is not entirely implausible — American advisers had been known to violate the prohibition against accompanying their charges into the field — but it is impossible to confirm. Colonel Moody Hayes, who was then the Milgroup commander, refused to discuss El Mozote with me, explaining that he didn’t know “what might still be classified,” while officers from the defense attaché’s office and from Milgroup who were willing to talk generally dismissed the charge as unfounded. State Department officials, however, were clearly worried about the possibility.

There might have been some additional confirmation of US advisers' participation with the Atlacatl mission in a 2007 comment on my blog purportedly by Gregory Walker, who was in the US Special Forces in El Salvador. The comment asserted that a US Special Forces advisor was actually at El Mozote that day:

For example, there was a senior Special Forces advisor at El Mozote the day/night of the massacre (and only one). He attempted multiple times to dissuade Colonel Domingo Monterosa to spare the victims. When Monterosa ignored him, the advisor departed by foot and made his way, alone, back to San Salvador. There he made a full report to embassy officials of what the unit and Monterosa were doing in El Mozote.

I would only add, as I am quoted in it (2007 posted comment), the remainder of that quote.

"In an interview I conducted with former Commadante Gilberto Osorio in San Francisco in 1993, Osorio described the lengthy and well planned assassination of Colonel Monterosa by the PRTC, an assassination carried out in great part due to the war crimes actions of his unit at the time (the Atlacatl) in El Mozote. Portions of my interview with Osorio were published in "Behind the Lines, September/October 1993" as well as in "Fighting Knives Magazine" and my book "At the Hurricane's Eye, 1994".

"From the FMLN's view revolutionary justice, in this case, was carried out.

"The absurd and fanciful claims made that "green berets" murdered babies in El Mozote or anywhere else, at any other time in that war, are as absurd as they are the products of an ill mind.

"At the conclusion of the war as brokered under a UN peace agreement, it was the guerrillas of the FMLN that requested US "Green Berets" remain with Salvadoran military units during the early stages of the accord. This because the guerrillas had learned of our commitment to human rights, and the sometimes dangerous reporting we made to the US embassy regarding thugs like Monterosa."

Also, Monterosa's battalion was not trained in the United States/Fort Bragg as is so commonly offered. The Ramon Belloso was trained at Fort Bragg, the Atlacatl and Atonal battalions trained in-county in El Salvador.

US military adviser presence with Atlacatl was limited for a number of good reasons, one of these directly linked to the invitation made by Monterosa to Solider of Fortune magazine to provide former military/civilian trainers to the battalion which occurred throughout the war. Such training was often reported in Soldier of Fortune magazine. US Special Forces advisers were essentially not wanted as their Presence ensured monitoring/reporting to the US MilGrp on upward of the battalion's performance.

It is hoped that if the trial occurs, whatever the outcome, it will open to door to additional prosecution of not only Salvadoran Army culprits, but those who fought under the banner of the FMLN. Such terrorism was not confined to the Armed Forces or para-military death squads, as we know. The FMLN's five armies conducted their fair share of atrocities against both the military and Salvadoran civilians (e.g. the wanton killing of Salvadoran soldiers at the Punte Oro Bridge, soldiers who had surrendered at the invitation of the guerrillas, laid down their arms, and then were betrayed and murdered).

The murder of US Marine embassy guards to include several bystanders in the Zona Rosa, an operation carried out under the auspice of the PRTC (despite its later claims otherwise), is another example. Both sides have blood on their hands and perhaps future trials will seek to cleanse the history of the war of its criminals on both sides.

Greg said…
Soldier of Fortune magazine and its staff played a large role in the training and improvement of combat skills of the Atlacatl Battalion post El Mozote. This was due to US GOV electing not to see US Special Forces advisers assigned specifically to the battalion in lieu of increasing reports of atrocities against the civilian population.

As noted, the battalion was not trained in the United States as many believe.

Soldier of Fortune made contact with the Salvadoran Army and was welcomed by the Atlacatl to provide training. Members of its staff often accompanied the unit or elements of the unit, to the field and then wrote "I was there" stories for the publication. Publisher/editor Robert K. Brown notes in his autobiography ("I am Soldier of Fortune") "From 1982 on, SOF had teams down in El Salvador nearly year round."

One of these was Peter Kokalis. "Weapons guru Peter Kokalis, known as "Mr. Machine Gun", who was down there 30 times, completely overhauled the weapons inventory of the Atlacatl Battalion. He and [John] Early conducted a three-day ambush and counter-ambush program for selected officers and NCOs of the unit."

Kokalis indeed loved his association with the Atlacatl and enjoyed wearing its shoulder patch while in-country along with a German patrol cap featuring an SS Death's Head. Not exactly the image and attitude toward human rights and obeying the laws of land warfare that US Special Forces advisers were seeking to implement throughout the ESAF.

Fast forward to 5:30 minutes in YouTube video made by Kokalis in which he is adorned with Atlacatl insignia and his SS Death's Head cap.

In short, Atlacatl was very much a rogue unit with little to no control able to be asserted by US GOV regarding its deployment and actions. It became a commonly heard phrase that "When Atlacatl deploys the people flee".