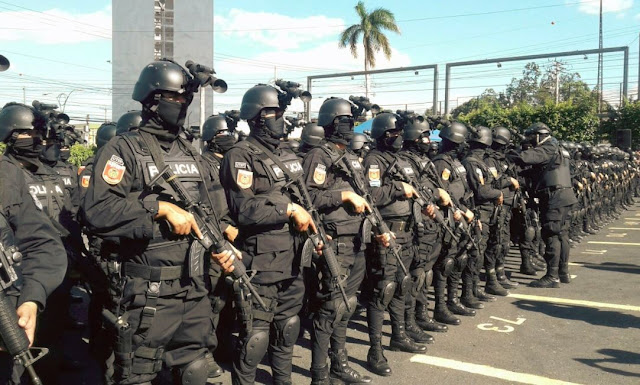 During the past several months, the government of El Salvador has received significant and ongoing criticism for its human rights practices in matters of public security as it wages war against the country's street gangs.


“No matter how complex the context, how tough the call on public resources, the Government’s response to this endemic violence should not further embed it. The cure cannot be just as bad as the complaint. Yet, unfortunately, I found a pattern of behavior amongst security personnel pointing to excessive use of force and extrajudicial executions. This is further fed by very weak responses from key public institutions, including at the investigatory and judicial levels.”

Callamard said that endemic impunity served only to feed and perpetuate the violence. "People from the most impoverished communities told me of their fear and distrust of security officials.  Many spoke of what they perceive to be a war by the security forces against young people and the poor, with the police and State officials treating all young people as if they are gang members simply by the mere fact of where they live."...

The Government’s application of Extraordinary Security Measures, adopted in 2016, has resulted in the detention of 39,110 people in cruel and inhumane conditions, often for prolonged periods.  "The appalling conditions that I have witnessed cannot be explained by security concerns alone.  I am left to conclude that their primary purpose is the de-humanising of detainees. Such unlawful measures ought to be stopped immediately,” urged the Special Rapporteur.

You can read Agnes Callamard's list of initial observations here.   A full report will be issued later.

Yet despite all of these human rights critiques, the government is both unapologetic and, if anything, seeking to further amplify its iron fist tactics which it claims are working.   The primary explanation for the government's response is a simple political calculus.   Iron fist policies are popular among a Salvadoran population suffering from too much crime and violence.

These policies come front and center now as El Salvador is in the middle of two years of political campaigning.    First up are elections of members of the National Assembly on March 4.   Those elections will be followed by presidential elections in 2019 for which campaigning has already begun.

Politicians read the public opinion polls.   Despite the human rights abuses, the PNC and the armed forces are two public institutions which have the most confidence of the people in El Salvador.   The public has ranked crime as its number one concern for years.

It is not a coincidence that vice president Oscar Ortiz, who has presidential ambitions, took on the role of chief cheerleader for the extraordinary measures and for the country's get tough policies. The president of the National Assembly, Guillermo Gallegos of the GANA party, is campaigning on a platform calling for the death penalty for gang members.

Recent examples of the government stressing its iron fist approach include:


Journalist Danielle Mackey looks at the origins of iron first policies and US influence in her article in World Politics Review titled El Salvador’s ‘Iron Fist’ Crackdown on Gangs: A Lethal Policy With U.S. Origins.   She writes:


Yet few politicians in El Salvador have taken a public stance against mano dura. Parties on both the right and the left continue to profess faith in zero tolerance. These statements, however, are insincere, as these same politicians have also used the gangs as machines to get votes. Court testimony and leaked audio and video have implicated both ARENA and the FMLN in arrangements in which they promise gang leaders favors in exchange for their support. Gangs, after all, hold sway over thousands of citizens, and winning gang support can be an effective political strategy.

As political parties fine-tune their messaging ahead of the 2018 legislative and 2019 presidential elections, the demonization of gangs will play a prominent role. While the FMLN touts its security policies and doubles down on Extraordinary Measures, ARENA and other parties on the right are promising basically the same thing. Billboards for the conservative party Grand Alliance for National Unity, for example, promise to declare a “state of emergency and the death penalty to finish off the gangs.”

Thus when Jeff Sessions arrived in the country last July, in the days before, the country rounded up hundreds of youth alleged to be members of MS-13.

Recently, US Ambassador to El Salvador Jean Manes has been showing up as an invited guest at different events of El Salvador's security forces.   She was there for the inauguration of a new building for the internal affairs division of the PNC.   She was there as the government led a tour of Mariona prison, attempting to show that the "extraordinary measures" adopted by the government were producing reformed prisoners.   By lending her presence to publicity events of the security forces, without expressing any public concerns about human rights abuses, the US is sending a message that the exceptional measures are acceptable.

Despite a presence at events with the UN human rights officials, the US remains silent about the rights abuses those officials point out.   Although US officials might be working silently behind the scenes, their public silence allows Salvadoran officials to promote the exceptional measures, and to dispute the findings of UN officials without contradiction.

Fourteen years of iron fist policies have done little to lower the rates of violence in El Salvador or the power of the country's gangs.   But the public in El Salvador still clamors for more, since politicians have shown them no other viable path.   Respect for human rights does not appear in the campaign platform for the political parties in El Salvador.