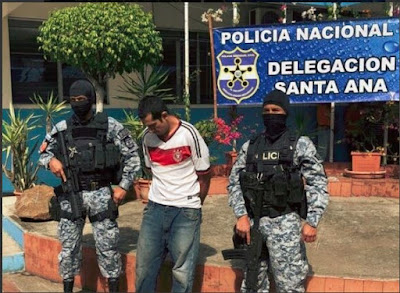 A representative of the United Nations is in El Salvador this week to investigate reports by journalists and human rights groups of extrajudicial executions and other abuses by security forces. Dr. Agnes Callamard is the UN Special Rapporteur on Extra-Judicial Summary or Arbitrary Executions, and is in El Salvador from January 24 to February 5 at the invitation of the Salvadoran government.

Human rights groups in El Salvador are using Callamard's visit to focus once again on the issue of extra-judicial killings by security forces.   Advocates  have pointed to the "lethality" of so-called confrontations between police and gangs in which gang members are shot and killed yet few police are killed or wounded and almost no gang members are wounded but not killed.  In addition. there are emblematic individual cases, such as the youth disappeared by the armed forces in the municipality of Armenia, the massacre at Finca San Blas, the extra-judicial killings documented by Revista Factum, and more.   This week El Faro published a lengthy story on one emblematic case of extra-judicial executions in the town of Zaragoza in 2016, a case where uncharacteristically the country's prosecutors have made a thorough investigation of the raid which left three alleged gang members dead as well as a laborer in his house as he slept.

The concerns over executions by the police and army were presented during 2017 by human rights groups to the InterAmerican Commission on Human Rights.  The existence of widespread abuses by the security forces was also a repeated subject during the visit of the UN High Commissioner on Human Rights last November.

Despite this ongoing criticism by domestic and international human rights groups, the Salvadoran security apparatus appears unapologetic and unchanged in its approaches to combating the gangs.
The director of the National Civilian Police stated on Friday that there has been an increase in deaths of gang members recently but "not precisely" in shootouts.

The PNC also unveiled new offices of its Internal Affairs Division this week which PNC Director Cotto said would aid in fighting corruption within the PNC.   Cotto reported that the internal affairs unit had opened 1452 cases during 2017 leading to detention of 149 members of the PNC.  The inauguration of the new offices was attended by US Ambassador to El Salvador Jean Manes in recognition of the US funding for construction of the new offices.   The US government has also prepared a "Use of Force" manual for Salvadoran police, but there is little indication that the security forces pay attention to the little book.