November 12, 2017
Since arriving in El Savador, the ride sharing company Uber has grown rapidly.   Uber currently reports that it as 1000 drivers and more than 33,000 users in the country.

This success, and complaints from the country's taxi drivers, have garnered the attention of the Salvadoran government.    On Thursday, the Vice Minister of Transportation Nelson Garcia warned that Uber drivers could face fines or have their cars seized, and asked users to discontinue using the service. 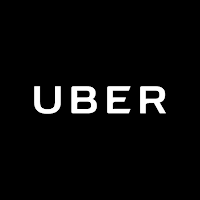 A simple way to understand this dispute is this.   If your car is for personal use only, you get an El Salvador license plate which starts with the letter "P".    If your vehicle is used for commercial purposes, you are supposed to have the appropriate license plate for that category of use.   For example, local taxi-cabs should have license plates which start with the letter "A."   These commercial license plates cost more, and the government asserts (correctly I am sure) that Uber drivers are driving and collecting fares using their personal cars with "P" plates.

For its part, Uber responded on Friday:


A statement from the company’s Central America and Caribbean office said Uber believes it necessary to create regulations that differentiate between traditional services and those offered through technological platforms, as has happened in over 77 countries where it operates.

“We reiterate to authorities our willingness to cooperate in the development of an appropriate regulatory framework that includes these new technologies,” it said.

On social media, many Salvadorans were condemning the government's action and expressing support for Uber, which is seen as a safe and secure mode of transportation in a country with a reputation for crime.

Meanwhile some suggested another motive for the government's action.   There is a competitor to Uber in the country called "Vamos."   Vamos is linked to ALBA Petroleum, to which senior members of the FMLN have financial ties.   Perhaps the threats against Uber were designed to slow down a competitor to Vamos, speculate some.

When I checked my Uber app Sunday, night, rides were still readily available in the San Salvador area.