The fire at the Finance Ministry 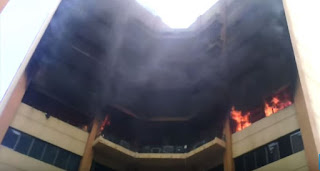 One week ago, on July 7, a fire burned through several floors of one office building tower which houses El Salvador's Finance Ministry.

The video and images from the fire were dramatic.  Several people jumped from windows trying to escape the smoke and flames.   Others were rescued by heroic actions of firemen or by a helicopter of the armed forces which plucked them from the roof.

According to reports, one person died and more than 20 were injured:


A 57-year-old woman died, emergency services chief Jorge Melendez said, while another woman, who officials had previously said was dead, was resuscitated in hospital and remains in serious condition.

Melendez said the cause of the fire was not known.

Other reports, unconfirmed, had circulated suggesting that the fire was caused by an electrical short in an air conditioner. 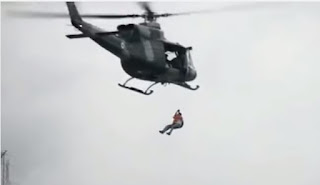 ContraPunto has a photogallery of the fire and rescues here.