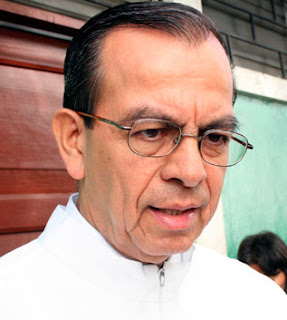 
On choosing Rosa Chávez from El Salvador, the pope bypassed the titular archbishop of the diocese, José Luis Escobar y Alas, once again making the point that when he gives red hats, he’s more than willing to go beyond the traditional “cardinal sees,” something he’s done in the previous three consistories he’s celebrated.

This pick in particular says a lot about Francis, because Rosa Chávez was a close collaborator of slain Archbishop Oscar Romero, who was murdered in 1980 while he was saying Mass.

Talking to Vatican Radio in the days previous to the beatification of Romero, the archbishop said that the murdered archbishop is “the icon of [the kind of] pastor Francis wants, the icon of the Church Francis wants … a poor Church for the poor.”

In an interview, afer receiving news of his appointment, Rosa Chávez stated "I dedicate my appointment to Blessed Romero.   I believe he was to be called to this, but he will have received it in heaven through his martyrdom."

In covering El Salvador over many years, Rosa Chávez always appeared to me to be the bishop most aligned with the poor and with the social movements in the country.   His walk as a bishop in the Roman Catholic church in El Salvador has always been in the spirit of Oscar Romero.  His appointment as a cardinal once again illustrates Pope Francis' focus on a church committed to social justice for the poor, the migrant, and the oppressed. 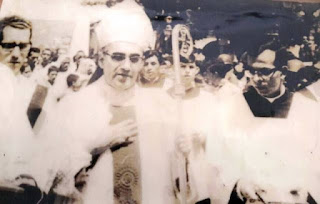