Government honors for a deceased dictator 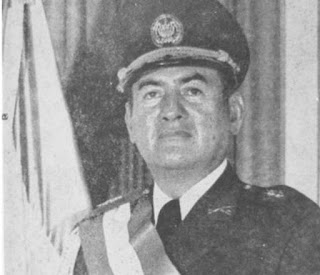 On Friday, March 3, General Carlos Humberto Romero Mena was buried with military honors in the cemetery of The Illustrious in San Salvador.  He was the last military dictator of El Salvador.  Romero Mena was minister of  Defense and Public Security in the cabinet of ex-president Arturo Molina (1972-1977), and then became president of El Salvador for a period of two years (1977-1979), after an electoral fraud.

As El Faro reminded its readers:


Romero Mena was tagged with grave violations of human rights, among them the disappearance of Catholic priests, and leaders and members of labor and campesino organizations.   His years as minister of security included assembling the mechanisms for the search, persecution, disappearance, torture and assassination of political opponents.

El Salvador's National Assembly declared a national day or mourning with a vote that included the approval of 26 members of the governing FMLN party.

This burial with honors is another example of how a culture of impunity continues alive and well in El Salvador, and why it is not surprising that there has never been a prosecution of war crimes or atrocities following the civil war.