March 22, 2017
Since the nullifcation of the 1993 Amnesty Law in July, El Salvador's attorney general has been noticeably quiet concerning any cases he might actually bring involving crimes and atrocities during the war.     Although the El Mozote massacre case is moving forward, it is the lawyers for the victims and the court who have reopened and moved that case forward and not any actions by the FGR.

This week, attorney general Douglas Meléndez announced that his office is reopening a case from the civil war.   This first case involves the 1987 assassination of human rights advocate Herbert Anaya Sanabria.   Although a trial convicted an ERP guerrilla member for the murder, most believe that the assassination in the city of Mejicanos was carried out by government forces.   The man convicted was subsequently freed after the Amnesty Law was passed.

According to an Amnesty International Report in 1988:


His killing, carried out by men in plain clothes using silencers on their guns, followed repeated harassment and threats directed at Anaya himself and at other independent human rights monitors in El Salvador.  Anaya had previously been arrested in May 1986 on charges of collaboration with the armed opposition, and was released without trial in February 1987. 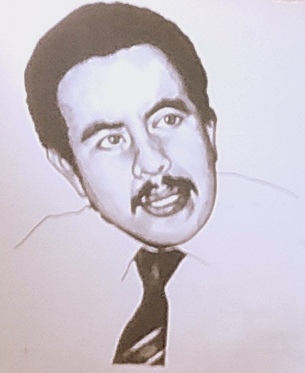 Herbert Ernesto Anaya Sanabria, leader of the Human Rights Commission (nongovernmental), was shot and killed on the morning of 26 October 1987 in the parking lot outside his home in San Salvador.

Two months later, National Police arrested a young man, Jorge Alberto Miranda Arévalo, a member of ERP, who initially stated that he had taken part in the murder as the look-out. He later retracted his confession. In 1991, a jury found him guilty and he was sentenced to the maximum penalty of 30 years in prison.

The Commission finds that:

2. Miranda's trial and his treatment by the police violated his basic rights.

3. The State failed in its duty under international law to protect human rights, properly investigate the murder of Herbert Anaya and bring to trial and punish the culprits.

Herbert Anaya's widow has always maintained that the government was responsible for killing her husband.

In announcing his decision to reopen the assassination case, attorney general Meléndez stated that Jorge Miranda would need to be tried again, but that if any relative or other interested persons had information about other material actors or intellectual authors of the crime, the prosecutors would pursue any leads.

The decision to make this the first case to be reopened is an interesting one.   Rather than choosing one of the emblematic massacre cases, like El Mozote or Rio Sumpul or El Calabozo, the attorney general has chosen, an important, but less well known case with facts which will be difficult to prove without the cooperating testimony of one of the participants.   We will have to wait and see what develops.

The next case to watch is the El Mozote hearings on March 29-30 to see what role the FGR's office plays in that case before the court in San Francisco Gotera.