January 19, 2017
Every year end the University of Central America Institute for Public Opinion polls Salvadorans on a variety of topics.   One of the questions asked each year is which institutions Salvadorans have  "much confidence" in.    Taking the results from the most recent poll at year end 2016 and the results from 10 years earlier, I have displayed the changes over a decade below. 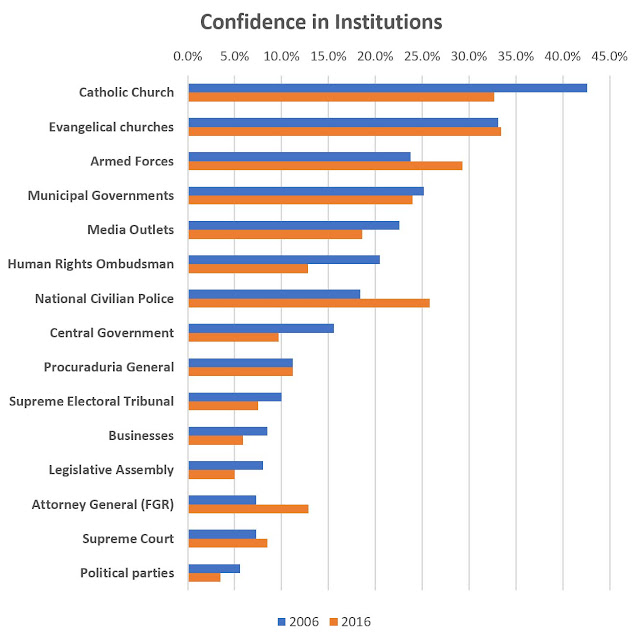 In 2016, the most trusted institutions are now the evangelical churches, trusted by 33.4%, a number largely unchanged since 2006.    The least trusted, with only 3.5% of Salvadorans expressing much confidence, are the political parties, followed closely by the National Assembly (5%) and Businesses (5.9%).

Dropping the most in confidence was the Catholic Church.    While the Church was the most respected institution in 2006 with 42.6% of those polled expressing much confidence, in the 2016 poll that percentage had dropped ten points to 32.7%.
Opinion Polls