The intrepid reporters at El Faro 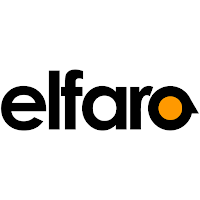 Regular readers of this blog have seen me often refer to stories published in the online periodical El Faro.  The investigative journalism there often provides the best insights into crime, politics, gangs,the economy and corruption in El Salvador.    The most recent example of this work was a collaborative project with the New York Times published on Sunday titled Killers on a Shoestring:  Inside the gangs of El Salvador which looks at the finances and structures of gangs in El Salvador:


With an estimated 60,000 members in a country of 6.5 million people, the gangs hold power disproportionate to their numbers. They maintain a menacing presence in 247 of 262 municipalities. They extort about 70 percent of businesses. They dislodge entire communities from their homes, and help propel thousands of Salvadorans to undertake dangerous journeys to the United States. Their violence costs El Salvador $4 billion a year, according to a study by the country’s Central Reserve Bank.

And yet, the reporting determined, MS­13 and its rival street gangs in El Salvador are not sophisticated transnational criminal enterprises. They do not begin to belong in the same financial league with the billion­dollar Mexican, Japanese and Russian syndicates with which they are grouped. If they are mafias, they are mafias of the poor. El Salvador has been brought to its knees by an army of flies.

Read the rest of the article here.

Journalist Sarah Esther Maslin has now published an extensive profile of El Faro and its journalists in the Columbia Journalism Review titled A Light in the Underworld.   She describes the work on the NewYork Times collaboration:


[F]or the last seven months, reporters from El Faro have been working closely with The New York Times on an investigative piece about the finances of Salvadoran gangs. “Killers on a Shoestring,” which was published on Sunday, dispels the myth that El Salvador’s gangs are lucrative criminal enterprises, using El Faro’s exclusive access to gang sources and internal government documents to reveal that they are, at best, “mafias of the poor.”

The effort was a pilot project for the Times—an attempt to expand and deepen international coverage by collaborating with a foreign publication. Three El Faro reporters—Efren Lemus and brothers Óscar and Carlos Martínez—did the groundwork, with Times investigative reporter Deborah Sontag supervising and coordinating with senior investigations editor Paul Fishleder. The Times paid El Faro nearly $15,000 for its work on the story.

As Maslin points out, the New York Times story is just the latest in more than a decade of prize-winning stories going where El Salvador's big media companies had scarcely ever gone:


Despite their age—or perhaps because of it—the reporters were impervious to intimidation from political and economic power brokers. Over the years, El Faro has exposed corrupt presidents, conniving officials, negligent businessmen, and a drug-trafficking network so powerful that police provided bodyguards to four reporters for three months after the story was published. Dada’s profile of a military captain who participated in the 1980 assassination of beloved Salvadoran Archbishop Óscar Romero was so popular it broke the server.

Eighteen years later, ElFaro.net has an annual budget of $850,000, a staff of 31, a two-story newsroom in a chic San Salvador neighborhood, more than 355,000 Facebook followers, 280,000 Twitter followers, and more than a million unique visitors per month. It has become one of Latin America’s most trusted news sites, and is probably the most decorated. This year alone, El Faro won the Gabriel García Márquez prize from the Foundation for New Ibero-American Journalism, and Óscar Martínez received both an International Press Freedom Award from the Committee to Protect Journalists and the Maria Moors CabotPrize, which is administered by the Columbia Journalism School.

Certainly I owe a lot to El Faro's reporting in helping me understand the ins and outs of current day El Salvador.

El Faro is in the midst of a campaign for financial supporters to help it continue its tradition of investigative reporting.  If you want to contribute, you can do so here.