Troops in the streets 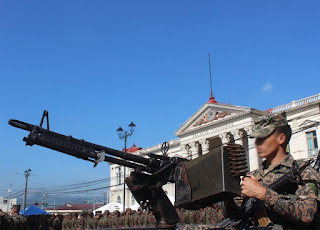 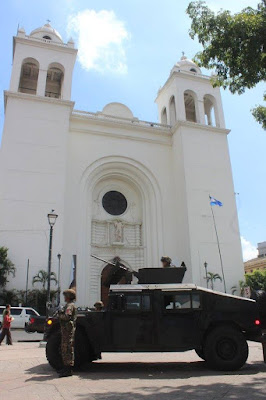 They are images that hearken back to the bloody years of El Salvador's civil war.   Heavily armed troops deployed in front of National Palace and Metropolitan Cathedral in San Salvador's historic center.   On Tuesday, the government of Salvador Sánchez Cerén made a public show of the deployment of "Task Force Historic Center" which includes 800 military and police.

From the Facebook page of the Salvadoran armed forces:

The historic Center Task Force was deployed this day in 29 sectors with the objective of reducing the activity of criminal structures and bands of organized crime that affect the citizenry and the commercial activity in the zones involved.   All this done through joint permanent patrols by foot and vehicle, the capture of criminals in the act or per judicial order, guaranteeing with this free movement and healthy living in the Salvadoran capital.

This deployment is part of the ongoing "exceptional measures" which the Sánchez Cerén government has been employing since the beginning of April.   Although the deployment of troops to combat crime is politically popular in the country, there is little evidence that the troops actually contribute to any reduction in crime. 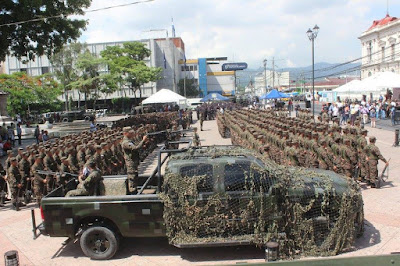 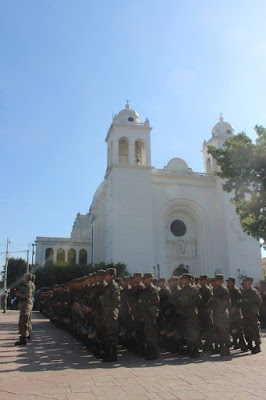