November 04, 2015
Last week the government of El Salvador released data on poverty in El Salvador based on household polling during 2014. The statistics showed an uptick in poverty in 2014, and continuing disparities between rural and urban areas. The country continues to make progress in reducing extreme poverty. 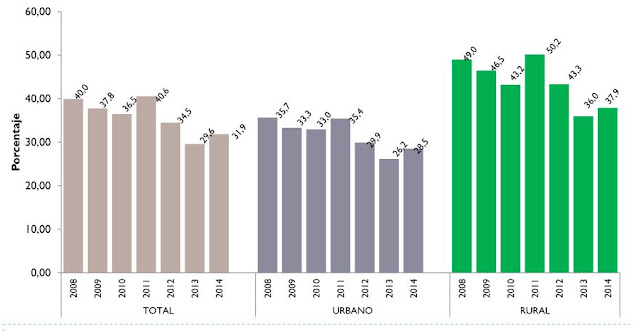 Extreme poverty is defined as households lacking the income equal to the cost of the basic food basket. That level increased in 2014 to 7.6% nationwide, up from 7.1%. 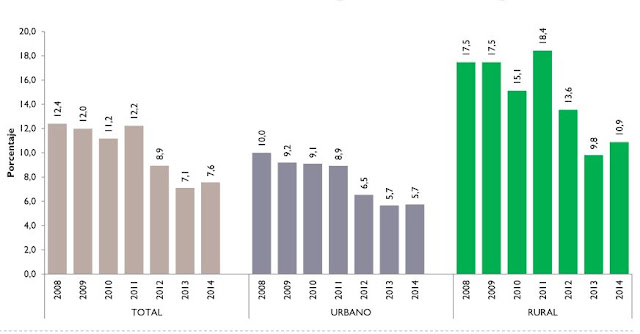 Looking over a longer time period, poverty in El Salvador has generally fluctuated between 30 and 40 percent during the past 15 years with a high 40.6% in 2011 and a low two years later of 29.6%: 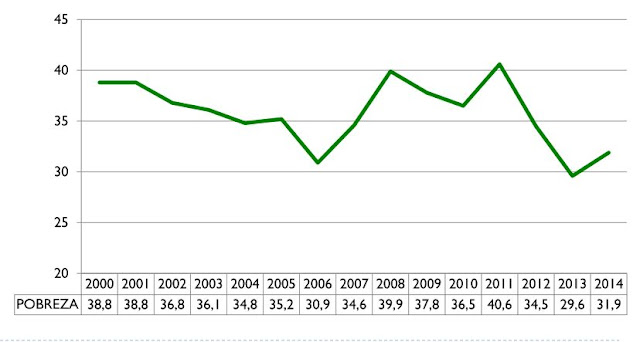 Extreme poverty has generally followed a downward path during that time period, with the percentage of Salvadorans living in extreme poverty being cut in half during the last 15 years:

Looking at the 15 year data, which includes right wing ARENA administrations 2000-2008 and left wing FMLN administrations 2009-2014, both can claim credit for reducing extreme poverty while neither has a clear record on changing the level of relative poverty in the country.

Other statistics from the recently released data:
Tomorrow -- looking at "multi-dimensional" poverty statistics.