This month has seen concerted and united effort by environmental and human rights groups in El Salvador to pass a constitutional reform to declare water and adequate food as basic human rights.  The amendment to El Salvador's constitution must be passed before the current legislative session ends on April 30, or the effort must start over.

A 2010 article from IPS titled El Salvador: Most Water-Stressed Country in Central America provided the statistics which show the necessity for laws to protect the country's water resource:


El Salvador is one of the most deforested countries in Latin America, and its high population density of 300 inhabitants per square kilometre, and the fact that 63 percent of the population lives in cities, lead to high demand for water, which is not available to everyone, Cuellar said.

Official figures from 2008 show that only 55 percent of rural-dwellers have piped water, compared to 90 percent of the urban population.

In the countryside, families not connected to the water grid depend on non-potable water from wells and rivers, which are also drying up due to the high demand.

El Salvador is the third most unequal country in the region in terms of access to water, according to the Human Development Report for Latin America and the Caribbean, “Acting On The Future: Breaking The Intergenerational Cycle Of Inequality”, published in July [2010] by the United Nations Development Programme (UNDP). The UNDP study reports that 88 percent of the richest households in this country have access to water, compared to 44 percent of the poorest families.

Ángel Ibarra of the Salvadoran Ecological Unit (UNES), a local NGO, said man-made environmental damages have affected the water cycle, and today much of the surface water does not seep into the ground, replenishing aquifers, but instead flows uncontrolled, causing floods.

The Voices on the Borders blog describes the years during which activists have also pushed for water legislation called the General Water Law:


The most emblematic is the General Water Law, which was first presented to the Legislative Assembly in 2006. It is incredibly irresponsible that in 9 years legislators have yet to approve a law that regulates the use of water. El Salvador is on the brink of a water crisis, and the government must take action, but the legislature seems paralyzed.

Carolina Amaya, an environmental activist at the Salvadoran Ecological Unit argues that the reason they have not passed the General Water Law is that business leaders have close ties to right-wing legislators. These private, for-profit interests want to control water resources through privatization, and their representatives in the Legislature have been holding up the bill on the their behalf. Ms. Amaya says that giving private businesses control over water management would be like putting the fox in charge of the hen house.

An  article in The Guardian explains that the current pressure for a constitutional amendment reflects the April 30 deadline to get the amendment passed:


And now a constitutional amendment for El Salvador to recognise water and food as human rights is set to expire. In 2012, the Salvadoran legislative assembly voted unanimously in favour of the amendment. But Salvadoran law states that a vote for constitutional reform must be supported by two consecutive legislatures – the bill is introduced by one legislature and ratified by the following one. If the amendment is not ratified by the current legislature by 30 April 2015, it becomes void. Even if the new legislature were to reintroduce the bill, it would take another four to six years to ratify.

If passed, however, the formal recognition of water and food as human rights would provide a strong tool in the struggle to protect water in El Salvador. It would affirm the primacy of local access to water supplies and ecosystem needs over foreign interests. Although the current government has vowed to maintain a de facto moratorium on metal mining that has been in place since 2008, without binding legislation environmental groups fear that this stopgap measure will not provide the long-term water strategy the country needs.

The amendment is supported by the FMLN, by the Catholic church, by more than 130 international organizations, and El Salvador's human rights ombudsman.   Conservative deputies from the ARENA, PDC and PCN parties oppose the amendment and have blocked it from moving forward.

The Foro del Agua, the umbrella organization for efforts surrounding protection of rights to water, has been organizing protests all month: 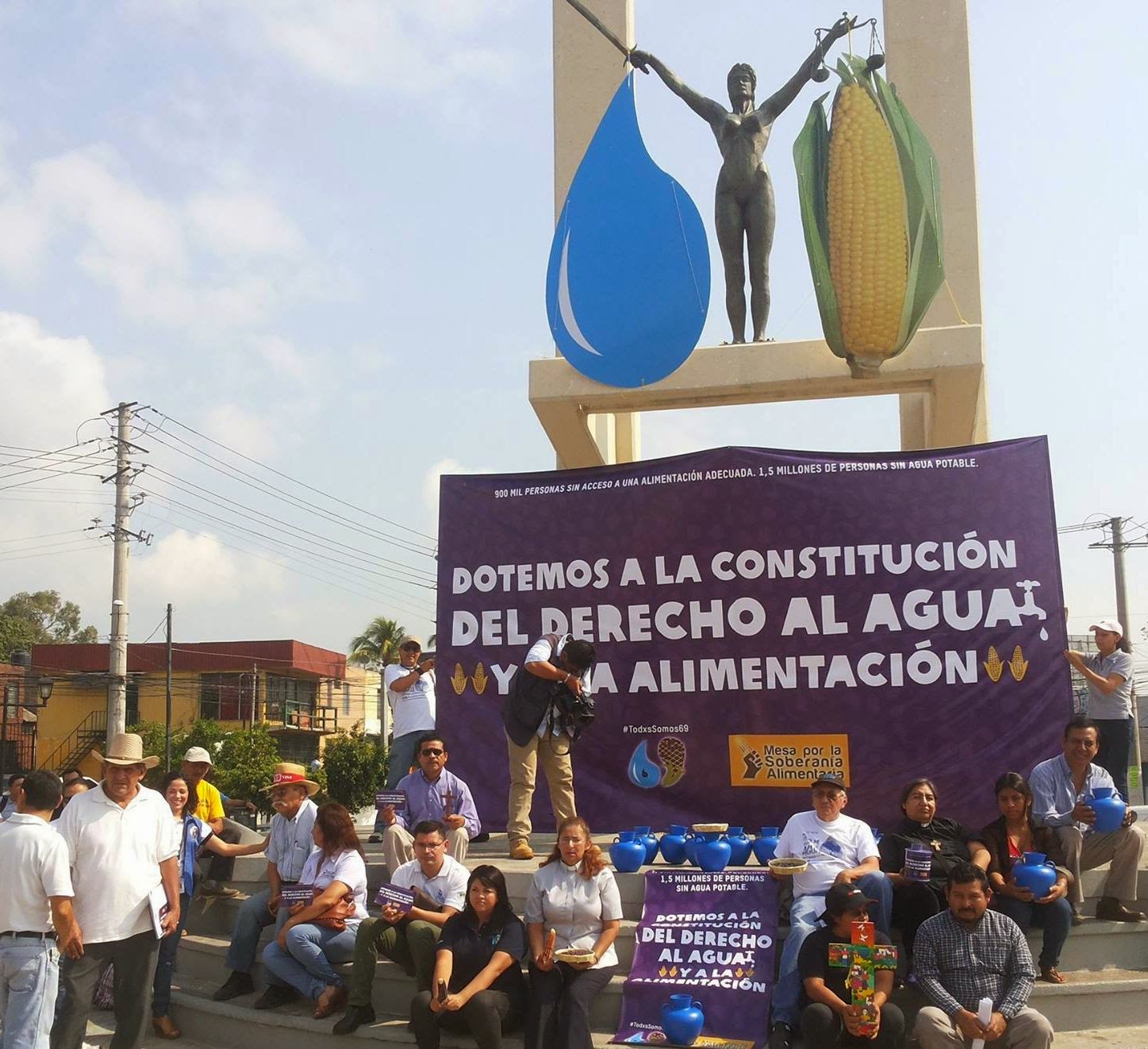 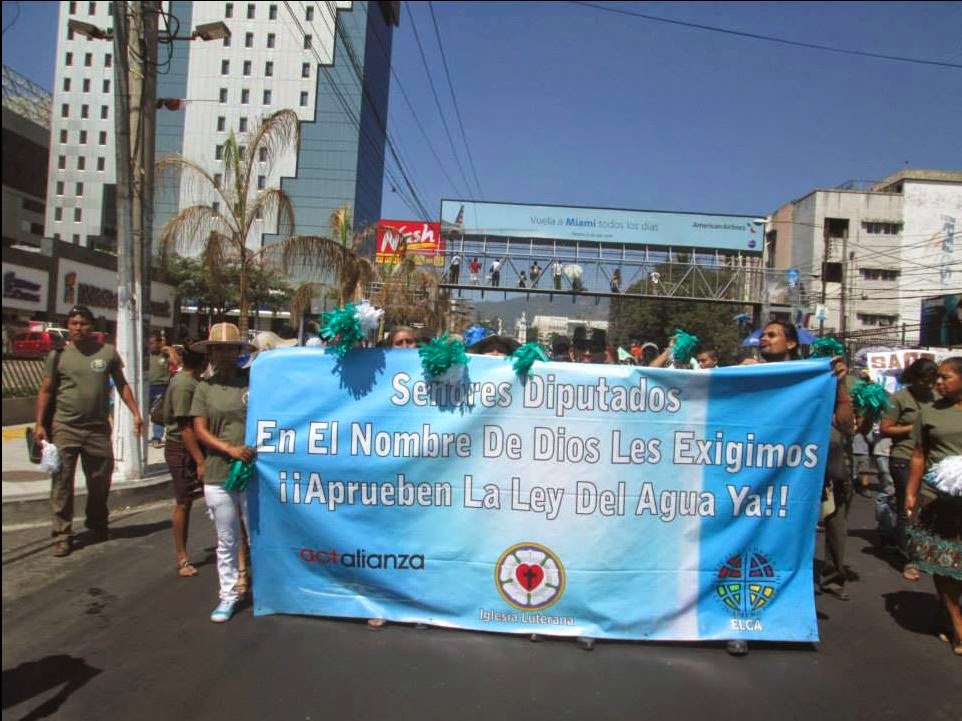 I have had many posts on the water issues on this blog over the years.   You can read them by using the "Water" tag on the blog.