The FMLN's next generation candidate

February 04, 2015
When I was in San Salvador last week, I knew immediately that the FMLN was running a different kind of candidate in a different kind of campaign for mayor of El Salvador's largest city.   All the campaign signs for Nayib Bukele, the FMLN's candidate are in blue and white -- no sign of the red which has always signified the left, nor is there any sign of the party logo.   The signs say simply "Nuevas Ideas -- Nayib 2015". 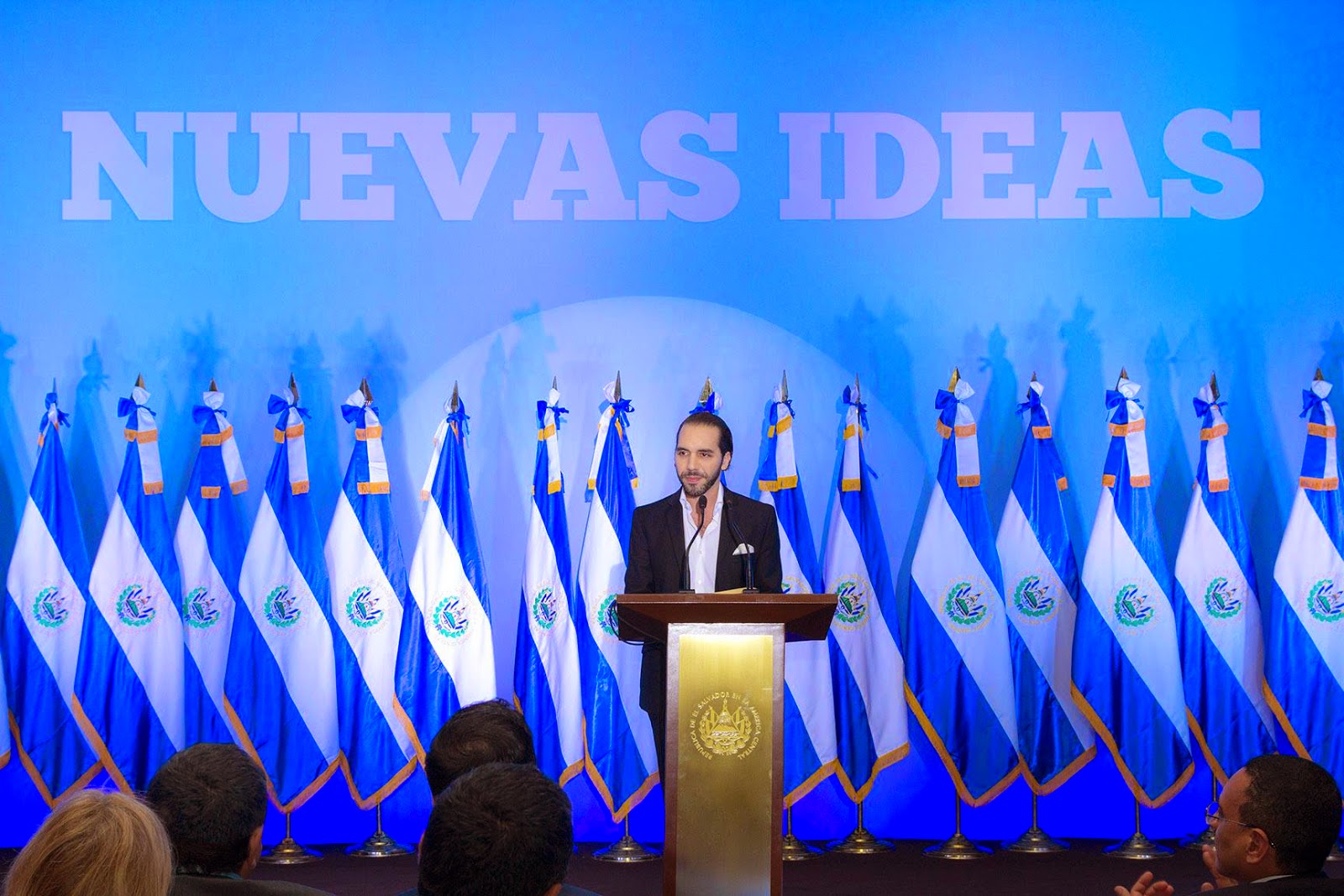 Taking a page from the playbook of Mauricio Funes, who always campaigned in a white shirt -- never in red, Bukele has simply elected to use the colors of the country's flag.   (Although to my mind, his color scheme really seems more like the corrupt, right-wing PCN party).

He is hip -- a candidate to appeal to the younger voter in the capital city.   The young businessman turned mayor of Nuevo Cuscatlan almost never wears ties with his suits, but always open neck shirts.

The contrast with the traditional politician -- Edwin Zamora, who is running for mayor on ARENA's ticket -- was obvious in their recent televised debate:

In fact, Zamora attempted to make an issue of Bukele's visually distancing himself from the FMLN, by asserting that he, Zamora, was not ashamed of his party and that he was proud of being a member of ARENA.   Bukele has responded that the country needs to get to a point where what is good is called good and what is bad is called bad, regardless of which party is responsible.

El Faro has a behind the scenes report on the debate here, with coverage from the point when the young businessman got out of his Porsche Cayenne at the TV studio, entered without any sign of the party leadership, and maintained an air of studied cool throughout the debate.

In Bukele, the FMLN is showing that it knows when it needs to change.   While ARENA always runs pretty much identical campaigns wherever it is, the FMLN is showing its flexibility.   That's wise for the FMLN since it was trounced badly in the 2012 mayoral elections and then lost San Salvador in presidential voting last year.

Bukele leads in the most recent public opinion polls by 10 points or more.

Unknown said…
This comment has been removed by the author.
9:21 PM

Tim said…
Oops. Thanks Tessa -- I was clearly asleep on that one. I've correctly identified him in the past. The post is corrected now.
9:32 PM

nrweller said…
Don't forget Bukele's red socks he likes to sport. They show up occasionally.
10:05 AM