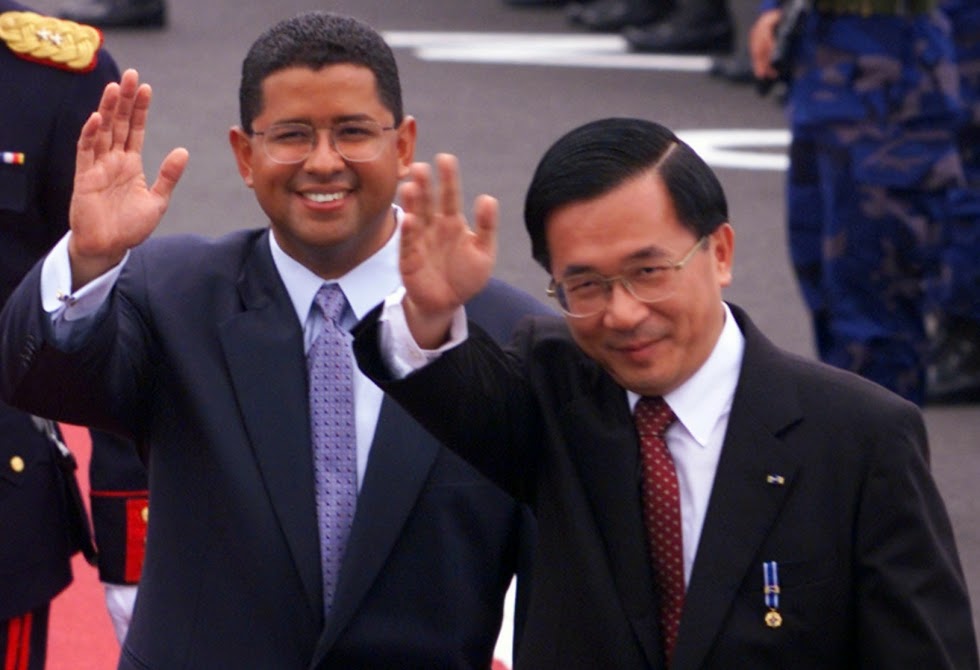 Former president of El Salvador Francisco Flores has been a fugitive from justice since it was revealed earlier this year that he would be charged with corruption in connection with the use (or misuse) of millions of dollars from Taiwan.  Today, he suddenly appeared in El Salvador and presented himself in court to face the charges against him.   As a provisional measure, the judge handling the case ordered Flores to be held under house arrest while he is prosecuted for corruption.


Dozens of people had gathered outside the courtroom to protest the former president's alleged corruption, calling for his imprisonment.

Prosecuting attorney Bertha de Leon told reporters the prosecution would appeal the judge's decision, arguing that Flores should be imprisoned after being on the run for months.

Flores' alleged corruption came to light when former President Mauricio Funes, who ruled the country from 2009 to 2014, revealed that the United States was investigating Flores for suspicious movements into his bank accounts.  According to the allegations against him, the money Flores received came from former Taiwanese President Chen Shui-bian, who was found guilty of corruption in 2009 and imprisoned, originally for life before his sentence was reduced.

This case will be a test of whether El Salvador's judicial system is actually able to deal with serious charges of corruption by high government officials.   Flores political party, ARENA, is already distancing itself from any connection with the former president.  Orders by the judge that the case should proceed in secret and allowing Flores to remain under house arrest rather than in custody after fleeing the country are causing concern among civil society organizations.   But a successful and transparent prosecution following appropriate judicial procedures could be another step toward strengthening the rule of law in the country.    We will have to wait and see.