Who will protect the innocent victims of gang violence? 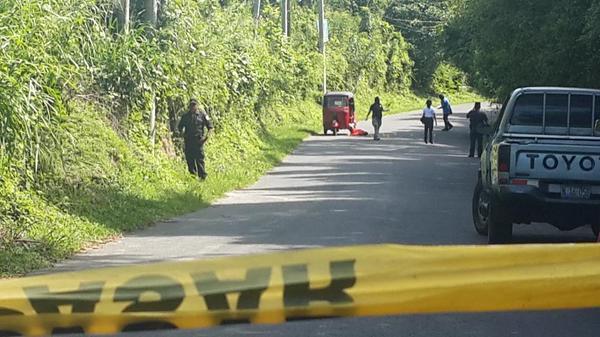 This week saw some very good feature length reporting in The Nation and The New Republic regarding the gangs in El Salvador and the reasons people flee the country for the US.

The Nation published an article titled:  Who Counts as a Refugee in US Immigration Policy and Who Doesn't.  Through the story of a mother and her 17 year old son, the article looks at the question of refugee status when those seeking refuge come from the gang-controlled areas of Central America.   It is an issue which Immigration Courts don't clearly answer:


As the numbers increase, US asylum law is, as always, in flux. Immigration courts have seen a general rise in claims involving gang recruitment and extortion, both from children and adults. Some claims have succeeded, but many have not. Although the State Department now openly reports the killings taking place in Honduras, Guatemala and El Salvador, immigration judges often do not believe that the individuals before them face specific threats of violence and take the position that violence from gangs is not a basis for asylum. And echoing the last wave’s legalistic obstacles, the agency that interprets immigration law—the Board of Immigration Appeals—has, over the last decade, increasingly narrowed the refugee definition to exclude many gang-related claims. The widely understood reason, according to immigration lawyers, has been a fear of opening the floodgates. In theory, that concern should not affect any individual’s case; as the federal appeals court in Chicago wrote, “It would be antithetical to asylum law to deny refuge to a group of persecuted individuals who have valid claims merely because too many have valid claims.” But today, as in the 1980s, asylum law remains political. As a result, it is hard to generalize about how asylum claims by children like Giovani will fare; many will come down to the identity of the judge and whether the child finds a lawyer.

Read the rest of Who Counts as a Refugee? here.

In The New Republic's coverage, the phrase "border crisis" takes on a tragic double-meaning.   There is the crisis at the southern border of the US, but there is also the crisis of the violent borders between gang-controlled territories within El Salvador.   One of the important elements of the current gang violence is the creation of waves of internal refugees within El Salvador -- people who get on the wrong side of a gang which controls their barrio and must abandon their house and seek safety in some other part of the country. Often there has been just this type of internal displacement before family members attempt to make the perilous journey to the North.

Here is what happens as described in The Deadly, Invisible Borders Inside El Salvador in The New Republic:


When a family keeps its children out of the gangs, the gangs have a way of still getting to the family. The case of the former residents of San Luis Ranch repeats itself ceaselessly. Every month, you see a newspaper headline announcing a new group abandoning their homes. The families are threatened for all sorts of reasons: because their sons didn’t want to join a gang, because a family member filed a police report, because they won’t let a gang member rape their daughter. Or simply because they visited their grandfather in enemy territory.

Pushed out of their neighborhoods, the families are recast as wanderers, bouncing from house to house until they can find a new community, which will likely be controlled by the same gang that forced them to flee in the first place. Or it will be controlled by the rival, which is just as bad: The 18th Street Gang would never accept an MS-13 family moving into their neighborhood, and vice-versa. The families scatter with the threat chasing closely after. Any day, the clique that runs their new neighborhood will figure out why they left their old one and then, most likely, kill them. Many of these people will never find the safety they sought when they gave up their homes.

It’s only natural that someone who can’t find a corner in which to hide in his own country would consider migrating to the United States to join relatives already there.

And where do gangs get the weapons which they use to control neighborhoods and to extort business?  TNR reports that the guns often come from licensed gun dealers in the US:


By the ATF’s count, more than a third of the traceable guns seized from criminals last year in the Northern Triangle that originated from the United States were purchased from a retail dealer. The weapons are then smuggled south in cars and trucks, or in checked airline luggage, air freight, or even boats. That may sound like a lot of effort, but buying from U.S. gun stores is a lot more convenient for gang members. Thanks to our lax gun laws, there is little official paper trail, and the weapons (Northern Triangle gangs favor semi-automatic pistols) are cheaper than buying locally. “It’s a lot easier for me to go to a gun store in the U.S., buy a Glock, and ship it in parts in a microwave oven and have it show up at a relative’s house,” Penate says. He’d recently helped trace a gun recovered in El Salvador that had been purchased only six days earlier from a licensed dealer near Baltimore.

There's no lack of good sources of information about what is happening in El Salvador and the rest of the Northern Triangle of Central America.   What is lacking are effective strategies to protect the innocent victims of gang violence and the political will to implement them.