August 09, 2014
The eastern half of El Salvador is feeling the impact of a drought which reaches across a wide swath of Central America:


The drought has swept across a region known as "the dry corridor," which covers nearly a third of Central America, where 10 million people live, according to a 2013 study by the U.N. Food and Agriculture Organization.  Source.

El Salvador has lost 10% of its corn harvest so far and other crops such as beans and coffee have been impacted.

Governments in the region are seeking to respond:


El Salvador and Nicaragua are reported to be the most affected by the drought with the loss of crops and livestock, particularly in Nicaragua.

Government measures taken include importing crops to shore up supplies. Honduras has distributed food products to affected families, El Salvador is distributing seeds to farmers, and Costa Rica declared an emergency in the country's northwestern Guanacaste province where significant livestock and agriculture losses were reported.

Agriculture ministers from the region held a joint teleconference this week to discuss possible additional measures.

This map from the NOAA's Climate Prediction Center shows the impacted areas in the region: 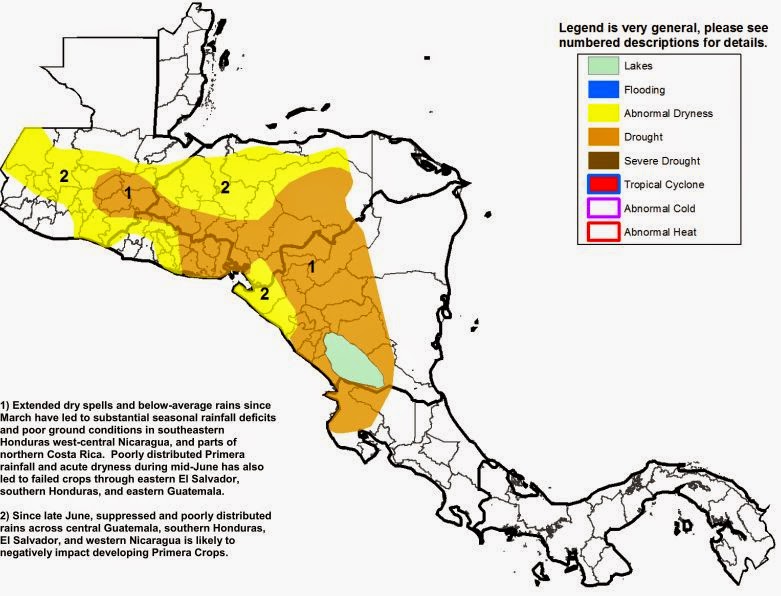