August 10, 2014
Figures from El Salvador's Central Reserve Bank show that remittances sent by Salvadorans living abroad to their relatives in the country are set to exceed $4 billion this year. 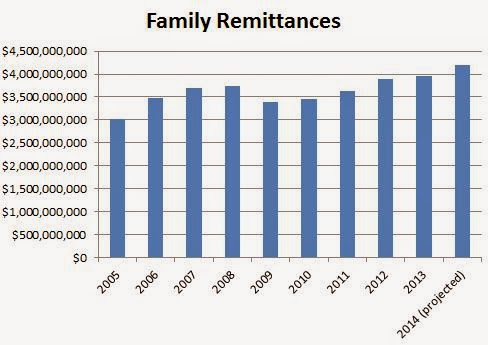 (2014 figure is twice the January through June total)

The amount of remittances has been growing annually since a significant drop in 2009 during the Great Recession.

To put these numbers in context, family remittances equal approximately one sixth of the country's gross domestic product.   $4 billion in remittances would represent more than $2000 per person for each of the roughly two million Salvadorans living in the exterior.