Arrest of a prominent priest and other public security news

The new government is now faced with a conundrum: do they allow the broken initiative [the gang truce] to linger on, or officially announce it's over? So far, their answer has been muddled, although the signs are not positive for truce supporters. In June, the president claimed the country would "not make a truce with organized crime," but Security Minister Benito Lara more recently told El Faro the government would not stand in the way of any gang negotiations.

While Sanchez Ceren has announced the existence of a new security strategy, he is now nearly two months into his term without detailing any concrete actions to be taken. With the murder rate now reaching pre-truce levels, it is critical the government develop a plan for the post-truce era quickly or it may be drawn into a reactive security policy always playing catch up with events on the ground.

Today, however, we saw some concrete actions.   But I would hesitate to call them a well thought out strategy.

The National Civilian Police (PNC) and the Attorney General Luis Martinez, announced the break-up of an organized crime ring in the eastern part of the country tied to the Barrio 18 gang.   Included in the people arrested were judges, police officers and and lawyers from San Miguel. 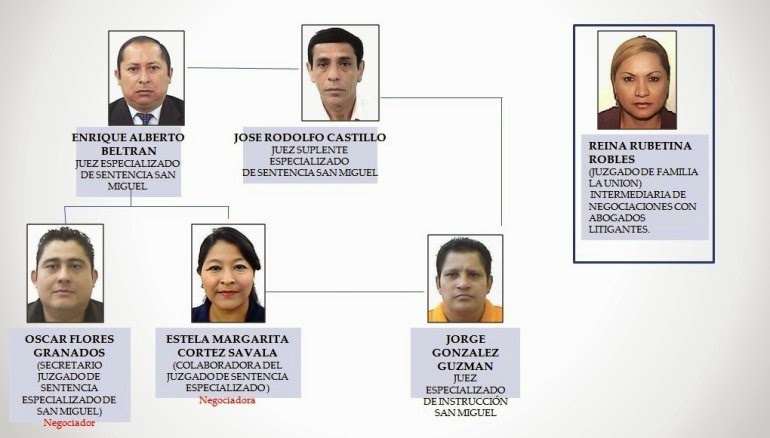 Some of the officials arrested, from Diario1.com


That's a good thing, right? If there is successful prosecution of corrupt officials working with drug-traffickers, that is a step in the right direction. (For more about corruption and drug-trafficking in the eastern part of the country, read Hector Silva's exposé at InsightCrime).

But what got the headlines today was another arrest, said to be part of the same network.   Police arrested Spanish priest Father Antonio Rodriguez in the early hours of the morning and accused him of collaborating with the top leader of Barrio 18 and bringing contraband into the prisons for gang leaders.  Padre Toño, as Father Rodriguez is known, heads the work of Passionist Social Services in the San Salvador suburb of Mejicanos.   The neighborhood where he serves is plagued with gangs and violence and Padre Toño has made no secret of his belief that the government's anti-crime measures have often been repressive and violate human rights.

Padre Toño has been mentioned often on this blog in connection with his evolving views on the truce process, including this post from last year where he expressed his concerns about the process. The Spanish   priest was also featured in a 2012 al Jazeera documentary for his work with the gangs.

It is hard to see this arrest as anything other than politically motivated.   There has been no secret about the Attorney General's disdain for the truce process and the mediators, and the arrest of Padre Toño was a way of emphasizing the point. The timing of the arrest was equally revealing. Last week, in an event at the Sheraton Presidente Hotel, Padre Toño presented his organization's Annual Report on Human Rights Violations.   The report pointed to the PNC as the foremost violator of the human rights of Salvadoran citizens.  Five days later the PNC arrived to arrest him. 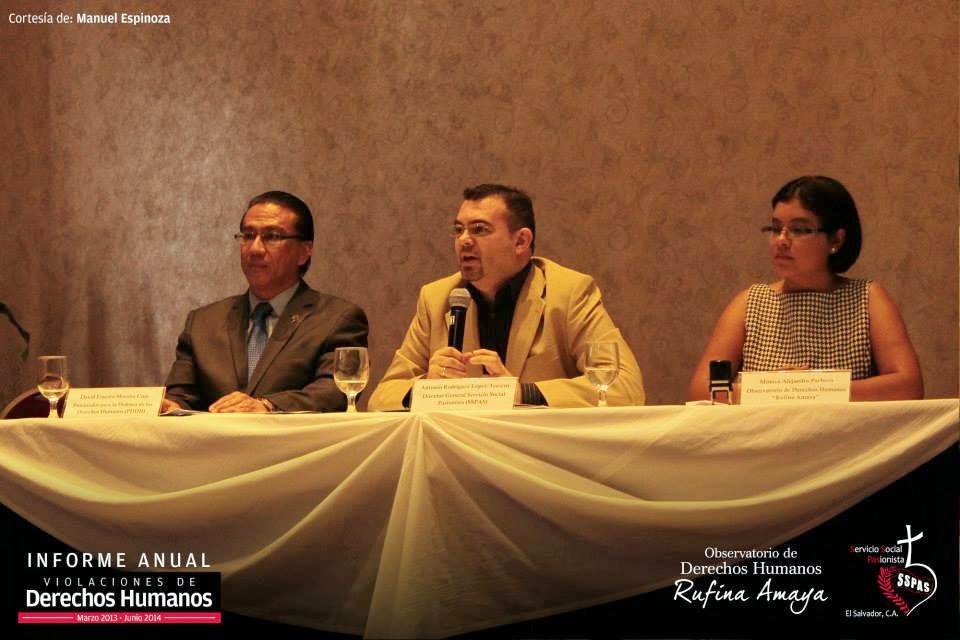 
Also today we had the news that the government may end the practice of putting members of the primary gangs into separate prisons.  This practice had the effect of allowing each gang to run its own prisons.   Ending the practice could be seen as a way to challenge the gangs' power, but it could end badly.  As InsightCrime points out:


Turning over entire prisons to one gang has allowed these groups to take near-complete control of the facilities where they are housed. Keeping gang leaders and their underlings all together has also facilitated communication and made it easier to conduct and coordinate criminal activities from the inside. Critics also say that segregation has reinforced gang identify and feelings of cohesion and loyalty, as well as increasing members' hostility towards their enemies.

However, despite these drawbacks to segregation, the conditions in El Salvador prison system mean that any moves towards ending the practice could prove even more problematic. The country's prisons are horrendously overcrowded, understaffed and under-resourced, and the authorities have little control over what happens inside. Unless the state can reclaim control over the prisons first, moves to integrate opposing gang members could end in a bloodbath.

Finally, deputies of the GANA and ARENA parties in the National Assembly announced last Thursday that they would be introducing a constitutional amendment to permit the death penalty as a way of combating crime in the country.  It might be popular, but it will be remarkably ineffective in addressing any of the crime problems in the country.

So there was a lot of action on the crime and public security front today, but not what we could call a strategy.

Meanwhile, the major event on the schedule for President Sanchez Ceren and Vice President Oscar Ortiz today was the inauguration of a new beach volleyball stadium on the Costa del Sol.